Give All To Love 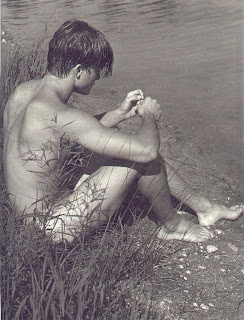 Last night, I was teaching about antebellum Amercan culture, one of my favorite topics.  In fact I have a passion for nineteenth century culture: art, literature, poetry, philosophy, etc. A major part of antebellum culture in America is the transcendentalist movement. I actually find most of the transcendentalists to be a bit crazy with their touchy-feely commune with nature philosophy. It's a bit too much flower child/hippie, before hippies even existed. Take Thoreau's Walden Pond experiment and his passion for talking to vegetables. Or better yet, the founder of the utopian community Fruitlands, Bronson Alcott, the father of Louisa May Alcott. I scoffed at some of his educational techniques while discussing him last night, particularly his rejection of corporal punishment for what he termed “vicarious atonement,” a method of child discipline in which Alcott had naughty children spank him. When his own daughters misbehaved, Alcott went without dinner.

There are two figures in the Transcendentalist movement which I greatly admire: Ralph Waldo Emerson and Margaret Fuller. Often mocked as an egotist, Margaret Fuller once said: “I know all the people worth knowing in America, and I find no intellect comparable to my own.” She did indeed possess one of 19th century America’s towering minds and she was a truly remarkable woman. As for the former, Emerson should be considered one of Americas greatest philosophers and admired if for nothing else but his essay Self-Reliance.  So for the poem this Tuesday, I thought I would present you one of Emerson's poems which is a beautiful capsule of his philosophy.

Give All To Love 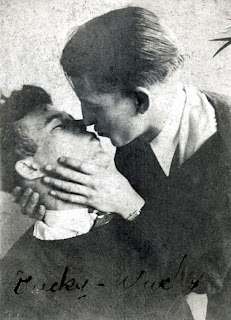 Give all to love;
Obey thy heart;
Friends, kindred, days,
Estate, good fame,
Plans, credit, and the muse;
Nothing refuse.

'Tis a brave master,
Let it have scope,
Follow it utterly,
Hope beyond hope;
High and more high,
It dives into noon,
With wing unspent,
Untold intent;
But 'tis a god,
Knows its own path,
And the outlets of the sky.
'Tis not for the mean,
It requireth courage stout,
Souls above doubt,
Valor unbending;
Such 'twill reward,
They shall return
More than they were,
And ever ascending.

Leave all for love;—
Yet, hear me, yet,
One word more thy heart behoved,
One pulse more of firm endeavor,
Keep thee to-day,
To-morrow, for ever,
Free as an Arab
Of thy beloved.
Cling with life to the maid;
But when the surprise,
Vague shadow of surmise,
Flits across her bosom young
Of a joy apart from thee,
Free be she, fancy-free,
Do not thou detain a hem,
Nor the palest rose she flung
From her summer diadem.

Though thou loved her as thyself,
As a self of purer clay,
Tho' her parting dims the day,
Stealing grace from all alive,
Heartily know,
When half-gods go,
The gods arrive.

Emerson, as a poet, carries common themes throughout his works. In comparing this poems to an essay such as Self Reliance, the ideas of conviction, confidence, respect, choice, and a handful of others resonate throughout. "Give All to Love" relates to Self Reliance in subject and message. Emerson’s own thoughts about various aspects of human nature become apparent, and each concept stems from the basic idea of relying on one’s self.

Free be she, fancy-free,Do not thou detain a hem,Nor the palest rose she flungFrom her summer diadem.

The idea that the beliefs of any one person are sacred to that person is present in both quotations. The respect for change and acceptance of it, as well as differing thought, is central.

Common themes run through any author’s works, especially when the comment on humanity and existence. Here, Emerson portrays his own Self-Reliance in his ability to express and discuss such issues. Since his ideas often seemingly contradict one another, his speech comes across with the same indefinable quality as in the soul and nature itself. One thing is true, however: Emerson believes in what he says, and he says it often in many different contexts, hoping that the reader will only gain understanding from his writing.

Really interesting. Not a favorite poem, but it sure makes sense in context.
Thanks.
Peace <3
Jay