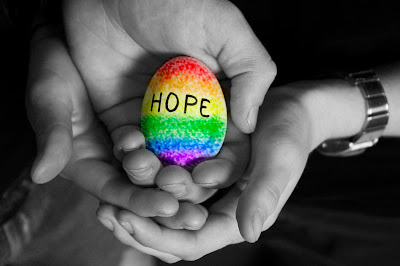 Easter, which celebrates Jesus Christ's resurrection from the dead, is Christianity's most important holiday. It has been called a moveable feast because it doesn't fall on a set date every year, as most holidays do. Instead, Christian churches in the West celebrate Easter on the first Sunday following the full moon after the vernal equinox on March 21. Therefore, Easter is observed anywhere between March 22 and April 25 every year. Orthodox Christians use the Julian calendar to calculate when Easter will occur and typically celebrate the holiday a week or two after the Western churches, which follow the Gregorian calendar.

The exact origins of this religious feast day's name are unknown. Some sources claim the word Easter is derived from Eostre, a Teutonic goddess of spring and fertility. Other accounts trace Easter to the Latin term hebdomada alba, or white week, an ancient reference to Easter week and the white clothing donned by people who were baptized during that time. Through a translation error, the term later appeared as esostarum in Old High German, which eventually became Easter in English. In Spanish, Easter is known as Pascua; in French, Paques. These words are derived from the Greek and Latin Pascha or Pasch, for Passover. Jesus' crucifixion and resurrection occurred after he went to Jerusalem to celebrate Passover (or Pesach in Hebrew), the Jewish festival commemorating the ancient Israelites' exodus from slavery in Egypt. Pascha eventually came to mean Easter.

For Jesus' mother, his disciples and his followers, Jesus' death was a tragedy. You can imagine that all hope was naturally gone. We today can face the same feeling. Many times in life, with a current homophobic Republican presidential campaign, the increasing rise of anti-gay homophobic groups, and everything that is going on in the world — war, famine, disease, natural disasters, discrimination, and hate — there can be a loss of hope and faith. Yet the resurrection gives us hope that no matter what has died in our lives, no matter how much faith and hope we have lost, we can experience hope, we can overcome and regain whatever we have lost in our lives.

With a positive attitude that through God we can accomplish anything, we truly can make the world a better place. With hope that springs eternal, just as the flowers in spring show the rebirth of the earth, we can be assured that God's promises will deliver a better day, a rebirth our faith. The promise that Jesus would rise from the grave on the third day is remembered every Easter Sunday, it is the greatest sacrifice God could give for our sins. When we are baptized is done in symbolic reverence as our old body dies in its watery grave to be reborn and rise,from the dead as Christ did for our sins.

I hope that each of you feels the hope in the rebirth that Easter brings to us today. May God's love eternally bless you.

So nice to you being a committed Christian AND a gay person. Hard to find someone who is both. Happy Easter!

Happy Easter to you as well, Anon, and thanks!

Joe...thanks for reminding us of this basic truth:

With a positive attitude that through God we can accomplish anything, we truly can make the world a better place. With hope that springs eternal, just as the flowers in spring show the rebirth of the earth, we can be assured that God's promises will deliver a better day, a rebirth our faith.

You are very insightful and we appreciate your work.

Thank you silvereagle, and I hope you are enjoying a wonderful Easter.

Happy Easter, Joe. Thanks for a great post on a great day!

Joe: Happy Easter to you and your lovely feline companion, HRH.

Thanks, Jay and FoC, I hope that you both have had a wonderful and happy Easter.