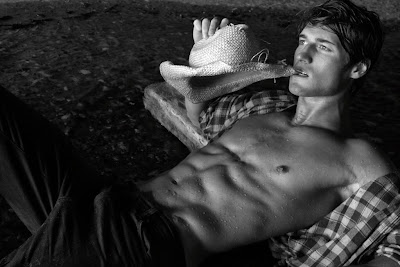 What a beautiful and honest post! Often the good things about a place out weigh the bad.

Joe: Everyplace has good and bad. Yummm, fried chicken! And what about the desserts?

Joe, you have identified everything I like about the south. I've been as far south as Virginia-- near the NC border. (And I've driven trough WV). I flew into Florida so I guess I could say I've missed a lot of it. I've met plenty of southeners so I understand what you mean about manners. (And the MEN :) )

My aunt's former neighbors were from Louisiana. Nice people. It was odd to hear them remind their kids to address me or my Dad as "sir". We don't expect that of children in Boston. I was taught to be polite to but it never went that far.

Spoken by a true southern gnetlemen. One with civility in his upbringing, compasion in his soul, and love in his heart. Wonderfully written.

We think so much alike it's scary. Backwards social agendas like Virginia's and heat like no other propped up by mild winters (we get two extra days off this month and in May since we only missed one full day this winter!), and really nice people, as long as they don't know you're gay.

I've never lived anywhere but NC, SC, WV and VA, and while WV might arguably not be in the south, it shares many of the south's traits. Not sure I'll ever move from the south!

Thank you for that. It sums up all I love and don't love about the South. I moved away and have been gone for over 4 years, but I miss the beauty, the food, the manners, the "Bless her/his Heart.", not having to defend my intelligence just because of my twang/drawl. I don't miss the racism, bigotry, and homophobia. I live in South Korea. I teach English here and when I saw the movie, The Help, I cried because I felt at home. And at the same was reminded why I moved away. I admire your courage as a teacher in the South who is not closeted. I know you aren't openly gay but from what I have gleaned here I also know you aren't closeted. Thanks again for that entry.