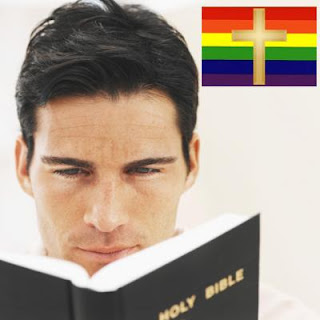 Allow me to retell a well-known story from the Gospels:

Jesus was entering a town when homeless lesbian, gay, bisexual and transgender (LGBT) youth called out, "Have pity on me, Lord, Son of David!" Jesus ignored the young people and his disciples encouraged him to send them away. For a moment in the story, Christ turns to his disciples and aligns himself with them saying that he only came for the house of Israel. As the young people are ignored, they become persistent in calling out to Christ and finally Christ stops ignoring their cries for help, turns to the young people, and says, "O young people, great is your faith!"

Now perhaps you're wondering where these words are in the Gospels, but we need only look at the story of the encounter between Jesus and the Canaanite woman to see that Christ stands with those in need. The story of the Canaanite woman is of particular relevance to the current situation involving Cardinal Timothy Dolan and the invitation for him to meet with homeless LGBT youth to hear their stories and dialogue with them. It is in the light of this Gospel reading from Matthew (15:21-28) that I hold great hope that Cardinal Dolan will follow the example of Christ and that even amid calls from others to simply "look the other way," he will turn and stop ignoring the cries of young people in need.

The welcoming and all-inclusive message of Christ is further seen in the story of Zacchaeus (Luke 19: 1-10). When Jesus calls out to Zaccahaeus and tells him that he would like to stay at his home, the crowd refers to Zaccahaeus as "a sinner"; however, Jesus does not succumb to their words of condemnation, but rather sees Zaccahaeus as a "descendent of Abraham."

Both of these stories remind me that the Church is at its core a welcoming and affirming assembly dedicated to living the message of Christ in a way that reaches the most vulnerable among us. The experience of the Canaanite woman demonstrates that even religious law is not always right and just, but rather sometimes we are called to witness truth in the present moment. In the case of Zaccahaeus, we are taught that Christ sees each of us as being created in God's image and likeness.

When I launched the petition calling upon Cardinal Dolan to meet with homeless LGBT youth, hear their stories and dialogue with them, I did so because I believe the time has come for the Church to no longer ignore the stories of LGBT people, but rather to encounter and discern them. The notion that we live in a country where 30 percent to 40 percent of homeless youth are LGBT, should be startling enough to awaken the hearts of Catholic leaders so as to work with the community to solve this epidemic. The Church must recognize its role in creating an environment that is safe and affirming for all youth without exception. This is the Gospel message of inclusion.

In light of this call upon Cardinal Dolan, the reality is that the vast majority of Roman Catholics support their LGBT sisters and brothers. I have visited a number of parishes throughout the United States, where I have seen firsthand communities of faith living the message of inclusion. This is what we are calling upon the American hierarchy to witness -- witness the prophetic voice of those in the pews and those who courageously preach the Gospel's message not of law, but of peace and love. The petition to Cardinal Dolan does not challenge Church teaching, but rather it asks the Cardinal -- and others in the American hierarchy -- to look into the faces of homeless LGBT youth and in doing so look into the face of Christ. This petition is not a political statement nor a profession of faith, but rather it is a contemplative action that represents a society-wide prayer: a prayer that one day we might come to see the dignity that is inherent in every human being.

I hope you will join me, and nearly 2,000 other people of faith, in asking Cardinal Dolan to follow the humble example of a man who nearly 2,000 years ago stopped ignoring a woman because of laws, turned to her, listened and witnessed the great faith she exhibited. This same man sought a place to rest in the home of person that others deemed a sinner, but Christ saw as a righteous man in the eyes of God. It is with this understanding of Christ, that I launched the petition inviting Cardinal Dolan to enter into a dialogue with those most in need, so as to begin to understand the LGBT experience and see the dignity of the human person. Perhaps at that moment, Dolan will turn to our community and say, "My gay, lesbian, bisexual, and transgender sisters and brothers, great is your faith" and "Today salvation has come to this house because LGBT people are descendants of Abraham."

Thought provoking.
Mind expanding.
Christians the the church reaching out to all people, and not just the ones we would select to reach.
Amazing concept.
And it follows the Biblical teachings, pure and simple.