Moment of Zen: Founding of Rome 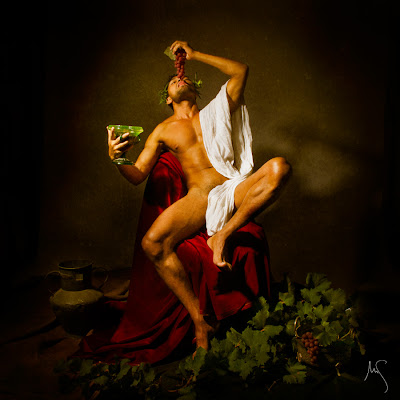 The Founding of Rome

According to tradition, on April 21, 753 B.C., Romulus and his twin brother, Remus, found Rome on the site where they were suckled by a she-wolf as orphaned infants. Actually, the Romulus and Remus myth originated sometime in the fourth century B.C., and the exact date of Rome's founding was set by the Roman scholar Marcus Terentius Varro in the first century B.C.

According to the legend, Romulus and Remus were the sons of Rhea Silvia, the daughter of King Numitor of Alba Longa. Alba Longa was a mythical city located in the Alban Hills southeast of what would become Rome. Before the birth of the twins, Numitor was deposed by his younger brother Amulius, who forced Rhea to become a vestal virgin so that she would not give birth to rival claimants to his title. However, Rhea was impregnated by the war god Mars and gave birth to Romulus and Remus. Amulius ordered the infants drowned in the Tiber, but they survived and washed ashore at the foot of the Palatine hill, where they were suckled by a she-wolf until they were found by the shepherd Faustulus.

Reared by Faustulus and his wife, the twins later became leaders of a band of young shepherd warriors. After learning their true identity, they attacked Alba Longa, killed the wicked Amulius, and restored their grandfather to the throne. The twins then decided to found a town on the site where they had been saved as infants. They soon became involved in a petty quarrel, however, and Remus was slain by his brother. Romulus then became ruler of the settlement, which was named "Rome" after him.

To populate his town, Romulus offered asylum to fugitives and exiles. Rome lacked women, however, so Romulus invited the neighboring Sabines to a festival and abducted their women. A war then ensued, but the Sabine women intervened to prevent the Sabine men from seizing Rome. A peace treaty was drawn up, and the communities merged under the joint rule of Romulus and the Sabine king, Titus Tatius. Tatius' early death, perhaps perpetrated by Romulus, left the Roman as the sole king again. After a long and successful rule, Romulus died under obscure circumstances. Many Romans believed he was changed into a god and worshipped him as the deity Quirinus. After Romulus, there were six more kings of Rome, the last three believed to be Etruscans. Around 509 B.C., the Roman republic was established.

Another Roman foundation legend, which has its origins in ancient Greece, tells of how the mythical Trojan Aeneas founded Lavinium and started a dynasty that would lead to the birth of Romulus and Remus several centuries later. In the Iliad, an epic Greek poem probably composed by Homer in the eighth century B.C., Aeneas was the only major Trojan hero to survive the Greek destruction of Troy. A passage told of how he and his descendants would rule the Trojans, but since there was no record of any such dynasty in Troy, Greek scholars proposed that Aeneas and his followers relocated.

In the fifth century B.C., a few Greek historians speculated that Aeneas settled at Rome, which was then still a small city-state. In the fourth century B.C., Rome began to expand within the Italian peninsula, and Romans, coming into greater contact with the Greeks, embraced the suggestion that Aeneas had a role in the foundation of their great city. In the first century B.C., the Roman poet Virgil developed the Aeneas myth in his epic poem the Aeneid, which told of Aeneas' journey to Rome. Augustus, the first Roman emperor and emperor during Virgil's time, and Julius Caesar, his great-uncle and predecessor as Roman ruler, were said to be descended from Aeneas.

Source of the Image above:
Bacco (version 2) by aurelio MONGE
Bacchus was the Roman god of agriculture and wine, similar to the Greek Dionysus.

He was the last god to join the twelve Olympians; Hestia gave up her seat for him. His plants were vines and twirling ivy. He often carried a pinecone-topped staff, and his followers were goat-footed Satyrs and Maenads, wild women who danced energetically during his festivals.

Bacchus was the child of Jupiter (whose Greek name is Zeus) and Semele, a human whom Juno (whose Greek name is Hera) had tricked into asking to see Jupiter as he really was. Since she was a mortal, she was burned up by the sight of Jupiter in his divine form. So Jupiter sewed the infant Bacchus into his thigh, and gave birth to him nine months later. As a child, Bacchus was tutored by Silenus, who was a great lover of wine and often had to be carried on the back of a donkey. Before he took his place at Olympus, Bacchus wandered the world for many years, going as far as India to teach people how to grow vines.
–––––––––––––––––––––––––––––––––
Aurelio Monge ©2011
This image is copyrighted. If you publish or share, please mention the name of the author and website:
www.aurelioMONGE.com
www.facebook.com/aurelioMONGE.artwork