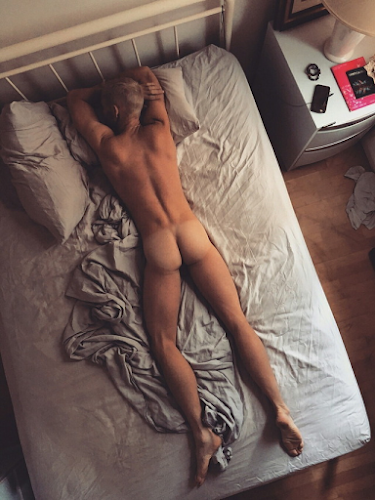 Dreams can be strange. I never know what I’m going to get. One night you have wonderful, sexy dreams; the next you have disturbing, eerie dreams. On another night, it’s vivid nightmares. Sometimes you know you’ve been dreaming. You wake up with a certain type of feeling but you can’t remember what you dreamed. When I do remember dreams, it’s right after I wake up. For me, the vivid dreams, whether nightmares or not, are difficult to distinguish from reality. They stay with me a long time.

I recall a few times when I’ve met a man at a bar or someplace, and while nothing happened between us, I’ve had dreams that they did. Occasionally, I’ve dreamed of upcoming dates with someone, and sometimes, I’ll dream afterward of where those dates might have gone but didn’t. Other times, I’ll have nightmares about the loss of a person, a pet, or friend. I wake up terrified, and it takes me a while to calm down. When I was a kid, I had two recurring nightmares in which I lost my family. The scenarios were so outrageous, they were and are difficult to explain to anyone, but I still remember them.

The other night, I had a very disturbing dream. It was not unpleasant, but it brought up unhappy memories. I couldn’t fall back to sleep afterward so I wrote this post. I dreamed about the boyfriend of a friend of mine who had died. He had died just a month shy of his boyfriend’s plan to propose to him. In the dream, the boyfriend had tried to move on with his life though it was obvious there was a great sadness in him. He had moved to a major city where I had another friend. Without the boyfriend ever knowing, this other friend used her influence among her gay friends to secretly look out for him. She was very secretive about it and didn’t tell me what she was doing until years later when she knew he was doing well and could move on. In the dream, I was happy the boyfriend had been able to move on. In reality, it’s been five years since the death of my friend. It brought back still painful memories.

Several things struck me as odd about the dream scenario. While I did get to know the boyfriend after my friend’s death, I had not known him very well before. The communications between us lasted only a short time as they were too upsetting for both of us. Another striking thing concerns the female friend. In real life, she rarely keeps secrets from me. Obviously, we all have things we don’t discuss, but in general, she and I share a great deal about our lives. She would not have kept her helping the boyfriend a secret. And while she does have gay friends, I don’t think she has the influence over them alluded to in the dream. It was a bizarre dream and quite disconcerting. I wonder why I had it.

There are varying theories why we dream and what they mean; No one knows for sure. Some researchers say dreams have no purpose or meaning. Others say we need dreams for our mental, emotional, and physical well-being. Just as there are different opinions why we dream, there are different views on what dreams mean. Some experts claim dreams have no connection to our real emotions or thoughts; they’re just strange stories that don't relate to normal life. Others say our dreams may very well reflect our thoughts and feelings—our deepest desires, fears, and concerns especially when they are recurring. By interpreting our dreams, we might gain insight into our lives and ourselves. Many people say they’ve come up with their best ideas while dreaming. I am not one of those people.

Being a former restaurant manager, and a server before that, I have fairly regular "server nightmares". I've talked to others who have had very similar nightmares. It usually involves scenarios where you show up to work and nothing is ready by the previous shift, they open the doors, and you're section is sat all at once. Very stressful, but when I wake up and realize there's no emergency, I breathe a sigh of relief that I no longer work in that atmosphere. Which is why I make all my friends and relatives tip well when going out to work. It's a rough job.