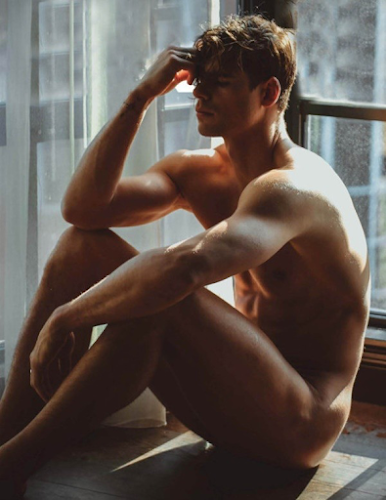 Jeff Sessions lost the US Senate GOP Alabama primary runoff to former Auburn University football coach Tommy Tuberville. It was a major blow to the former Attorney General, who had faced fierce opposition to his candidacy from the President. Tuberville, who was endorsed by the President, will now advance to the November general election as the Republican candidate set to take on incumbent Democratic Sen. Doug Jones. The race is likely to be the Republican Party's best pickup opportunity of the cycle.

Jones, who pulled off an upset in the deep red state in a 2017 special election, is widely viewed as the most vulnerable Senate Democrat facing reelection in 2020. The outcome of Tuesday's GOP runoff race marks a significant political defeat for Sessions who had been fighting to reclaim a Senate seat he had previously held.

Sessions was the first US senator to endorse Trump in the 2016 presidential race. As Attorney General in the Trump administration, he fell out of favor with the President and became a target of his attacks after he recused himself from the FBI probe into Russian interference in the 2016 campaign.

Sessions became the underdog in the fight for his old job after losing the support of the President. Tuesday night, Trump was quick to celebrate the victory by his candidate of choice, tweeting, "Tommy Tuberville WON big against Jeff Sessions. Will be a GREAT Senator for the incredible people of Alabama. @DougJones is a terrible Senator who is just a Super Liberal puppet for Schumer & Pelosi. Represents Alabama poorly. On to November 3rd."

The rest of this post is geared towards my Alabama readers, especially those who are Alabama football fans. Does anybody remember what an asshole Tuberville was a football coach? He was widely known in Mississippi as Tommy Turncoat when he broke his contact with Ole Miss to go to Auburn. He can’t be trusted, and he will turn on the people of Alabama too if he gets the chance. He has no loyalty to anyone. Furthermore, need I remind you of the whole incident of holding up his fingers to show how many times he beat Alabama? It was unsportsmanlike and childish.

He’s also a crook. In 2010, Tuberville was a co-defendant with John David Stroud in a lawsuit brought against TS Capital LLC which the two founded. The lawsuit was filed by investors, and alleged that Tuberville and Stroud co-managed a hedge fund that defrauded investors of $1.7 million. In October 2011, the Business Conduct Committee of the National Futures Association, a self-regulating industry organization, took "emergency enforcement action" to permanently bar the firm from soliciting, accepting, transferring or disbursing any funds from investors. Stroud was found guilty in August 2013 of securities fraud and was ordered to pay $2.1 million in restitution and serve 10 years in jail. The case against Tuberville was settled on October 10, 2013, but terms were not disclosed. If he will cheat investors out of $1.7 million dollars, he will cheat Alabama voters as well.

Furthermore, Tuberville’s primary residence isn’t even Alabama; it’s Florida. He only began staying in Alabama, and notice I said staying, because he has no desire to live in the state, so he could run as a Trump puppet for the Senate. Tuberville is homophobic, racist, and a crook. If you want this as a Senator, you are an idiot. How can an Alabama fan stomach voting for Tuberville? It is unthinkable.

Jones is a University of Alabama alumni. As U.S. Attorney for the Northern District of Alabama, Jones successfully prosecuted two Ku Klux Klan members for the 1963 Birmingham church bombing that killed four African American girls, and the indicted domestic terrorist Eric Rudolph. But if you are hellbent on Republican ideals, Jones is considered a moderate Democrat who demonstrates a willingness to work with Republicans, to split with his party on certain issues, and has voted with Trump's position about 37% of the time as of April 2020. Jones has worked tirelessly for Alabama, and he is really the only choice for the Senate.

I believe Alabama voters voted for Tuberville only because he was Trump’s choice. Of course, Trump cares nothing about the people of Alabama. He merely wants your votes, and you will get NOTHING in return. Tuberville has no stance on any issue; he just parrots Trump. His only campaign promise is he will be loyal to Trump. Do you want a man of substance like Jones, or do you want someone who is nothing but a Trump lapdog?

Remember, Alabama fans: Trump can’t even get Nick Saban’s name right, calling him Lou Saban. Remember, Trump said of Tuberville, “Really successful coach. Beat Alabama, like six in a row, but we won’t even mention that.” He brought up one of the most humiliating series of moments in Alabama football history. No one who cares about Alabama can bring up Tuberville’s winning streak against the Tide, and then refer to Alabama’s coach by the wrong name. Also, Trump famously attended the Alabama-LSU game at Bryant-Denny Stadium last season. There are plenty of superstitious Alabama fans out there who point to a specific moment in that game when everything started going downhill for Alabama. It was right after they showed Trump on the videoboard in the first quarter. Quarterback Tua Tagovailoa fumbled the ball walking into the end zone a few moments later; he then threw the worst interception of his career at the end of the first half. Trump was a distraction that day, and Alabama was never the same in that season.

Politicians might flip-flop all the time, but that’s a Cardinal sin when it comes to Alabama and Auburn fans. Trump might as well just ask for unsweet tea and rolls instead of sweet tea and cornbread. Tommy Tuberville can never represent a true Alabama fan. So, in November, show him we don’t forget, and vote for Doug Jones. 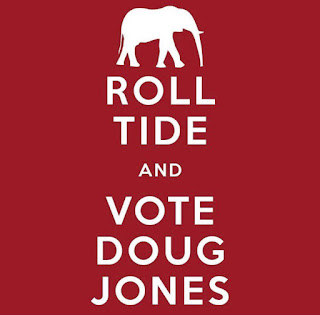 Understand that Tuberville is a bad guy, but Sessions got what he deserved. He got in bed with a snake and got bitten badly. He needs to just fade into retirement now.....disgraced.

Jeff Sessions supported Donald Trump because he believed that Trump's policies were good for America. We are all free to disagree with him, but I don't think he supported Trump for motives of personal self-interest. It was patriotism, however misguided. His recusal from the Mueller investigation was because he was following ethical standards, but Trump doesn't care about ethics. He did not deserve the treatment he received from Donald Trump. As I see it, Jeff Sessions tried to serve his country honorably and need not feel disgraced.

RB, I agree; Sessions did get what he deserved. He needs to go away now, forever. I’ve ALWAYS hated Sessions. He’s always been scum!, and that’s being nice. I just hope Tuberville being a former Auburn coach hurts him in the election.

Serving his country honorably by recusing himself was the first time Sessions was ever honorable. He shouldn’t feel disgrace for doing that, but he should feel it for the rest of the things he’s done in his life.

Basically. I do hope we've abandoned any delusions of ever courting Republicans, right? The current GOP has been too fanatical at least since Newt's day.