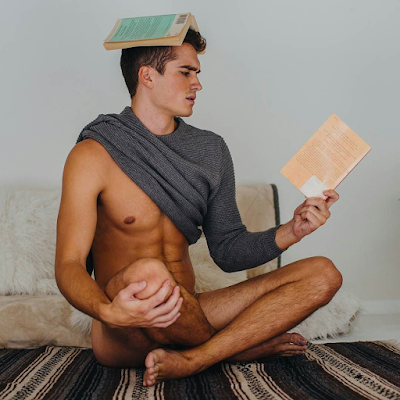 On Monday, CNN did a story on everyday words and phrases which have racist overtones. The story noted they are so entrenched in everyday use that Americans don't think twice about saying them. Some of these terms, however, are rooted in the nation's history of chattel slavery while others evoke racist notions about Black people.  But with that said, IMO, CNN is only partially correct. Following are words and phrases CNN used as examples:

Sold down the river

Peanut gallery, grandfathered in, cakewalk, lynch mob, uppity, and sold down the river have clear racist origins. The term “peanut gallery” dates back to the vaudeville era of the late 19th century and referred to the section of the theater where Black people typically sat; now the phrase usually refers to the cheapest seats in a theater and informally describes critics or hecklers. “Grandfathered in” comes from a law passed by Southern states during Reconstruction. The law stated anyone who was able to vote before 1867 was exempt from the literacy tests, property requirements, and poll taxes needed for voting. Enslaved people were not freed until 1865 when the 13th Amendment passed. They weren't granted the right to vote until the 15th Amendment passed in 1870. Effectively, it prevented former slaves from voting. “Cakewalk” comes from slave owners holding contests in which enslaved people competed for a cake. The cakewalk originated as a dance performed by slaves and was intended to be a mockery of the way white people danced though plantation owners often interpreted slaves' movements as unskillful attempts to be like them. Thus, the term “cakewalk” became associated with an easy victory, or something that's easily accomplished.

The term “lynch mob” has such blatant connotations I shouldn’t have to explain it. It refers to the lynching of Black people for the smallest of offenses. “Uppity” is another term used as an epithet by white people in the Jim Crow era to describe Black people they believed weren't showing them enough deference. This word has always been in common use with racists. No one who uses the word when describing Black people, can legitimately claim they did not know of the word’s racist origins especially those who leveled the claim against the Obamas. And finally, the phrase “sold down the river” is just what it sounds like. Slave traders traveled along the Mississippi River selling enslaved people to plantation owners further south.

Therefore, I have no problem with these everyday words and phrases being said to have racist connotations; they absolutely do. However, I do have a problem when someone tries to associate all uses of the word “master” with chattel slavery. The reporter pointed out that master bedrooms/bathrooms and the Masters Tournament (golf) evoke slave masters from the South. The phrase "master bedroom" first appeared in the 1926 Sears catalog and referred to a large second floor bedroom with a private bathroom. Some realtors insist that “master” in master bedroom is related to the assumed superior status of the man of the house, be it race- or sex-based. But if this were the case, the room would be called the master’s bedroom not the master bedroom. Likewise, the term Masters Tournament, which was intended as a reference to golfers with great skills, is now being called racist by some sports writers simply because it takes place at a Southern golf course. Not all uses of the word master have connotations of chattel slavery. I have a master’s degree in History which signifies I have mastered the discipline of History; if a golfer plays in the Masters Tournament, he has mastered the game of golf.

The American lexicon is filled with derogatory terms used in everyday language. Some of them are more offensive than “master.” Do not get me started on homophobic words in everyday speech. That will be a topic for tomorrow.

Email ThisBlogThis!Share to TwitterShare to FacebookShare to Pinterest
Labels: Opinion

Joe, the trouble with "master" is that is offensive in gender, rather racial terms, suggesting that men are inherently superior to and entitled to exploit women. Roderick

Roderick, I agree that it can be offensive for gender. With regard to the CNN report and the sports writers wanting to change the name of the Masters Tournament, they were explicitly saying it was racist and without any consideration of gender.

I have trouble with the idea that words and phrases which have been used for a long time with non-racial connotations can be deemed offensive because there was something racial about their origin or, in the case of lynching, subsequent use. The meanings and connotations of words in the English language are all subject to change with use. To insist that one meaning which a word once had is the only meaning is contrary to the nature of the language.

Black people: Show us all the homes instead of just the ones in neighborhoods "suitable for" us.
Realtors: We'll stop saying master bedroom.
Black people: *confused stares*