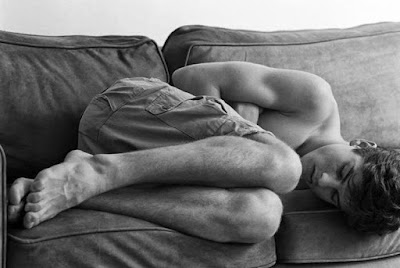 I think that most people who read this blog know that I have had a long struggle with depression and anxiety. It is something that I have struggled with since I was a teenager. As a general rule, the medicine I take helps to control it, but there are days when, for whatever reason, it doesn’t seem to work. Yesterday was one of those days. I was just down. I felt like I wanted to cry for no reason. These days aren’t something I experience on a regular basis, but they do happen.

It can be difficult for people to understand what it’s like to have anxiety and depression, especially if you are like me and try to hide it from most of the world. Generally, people who have anxiety or depression disorders display significant disruptions in their ability to work, go to school, or participate in social functions. But with my anxiety and depression, although those disruptions are not as apparent, they still can occur. There are days when I shut down almost completely. Many people don’t see signs and symptoms of my depression, because I am usually able to manage my daily activities. With the exception of a few friends, I tend to suffer in silence. To the outside world, I appear to be fine and even excel at accomplishing tasks and goals, but inwardly, it is a much different story. I have a fear of being seen as weak, and I don’t want to be pitied.

Each January at the university where I work, we have a Staff In-Service day. It’s supposed to be an employee appreciation day that provides the staff the opportunity to get “out of the office, socialize, develop skills, and meet new people.” They claim it is a fun day that consists of a keynote lecture, workshops, lunch, and prizes. I hate it. I often teach one of the classes, so I don’t have to go to one of the other stupid activities. One year, the keynote address was by a guy named Eric Karpinski, a.k.a. The Happiness Coach. What a crock of bullshit he was! He said that when people have days like I had yesterday when I was feeling depressed that most of this depression is self-inflicted. He also claimed that through the power of positive thinking that we can do away with depression and anxiety on our own. We just needed to think positively, cheer up, and smile. This may sound friendly and supportive to someone, but it is oversimplifying the sadness associated with depression.

Someone who is depressed can't force their depression away by just thinking positive thoughts and smiling. In my opinion, Karpinski’s claim that depression was our own fault and that positive thinking can be used to cure yourself is insulting. The people in charge of that years Staff In-Service day were flooded with emails of people who let them know just how insulting this guy was. You can’t just wish away depression. As much as you’d like to, it just isn’t possible. It’s like when our orange dictator says that COVID-19 is going to disappear like a miracle just because he says it will, or when he says, “If we didn’t test so much and so successfully, we would have very few cases.” It will still exist dumbass, just as depression will still exist. Even when medication is largely effective, there are still going to be days when the depression pops up. It’s always there.

So, what I am trying to say is that if you know someone with depression don’t say to them "Cheer Up!" Your well-meaning exhortations to "cheer up" or "smile" may feel friendly and supportive to you, but they oversimplify the feelings of sadness associated with depression. Just as someone who is depressed can't force their brain to make more serotonin, they also can't just "decide" to be happy. While there are certainly benefits to practicing positive thinking, ﻿ it's not enough to cure someone of depression. 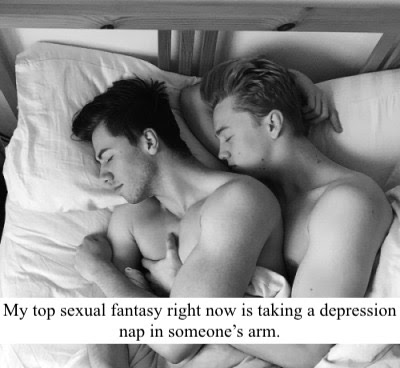 Joe, From someone who knows exactly what you are going through thank you for sharing! Sometimes it gets old trying to hide behind the "happy"mask. I wish some of my friends would read this post it might help them understand what it's like to live with depression and especially when have "one of those days"

Just how I have been feeling for the past week - there is no way to control it. Perhaps one could take pills/drugs but those certainly lose their effectiveness and cause addiction. Travel is a good antidote but in the present crisis that's impossible and a further cause for depression. Roderick

Don't get me started on those work participation exercises...The Happiness Coach needs a kick in the teeth...It was/is insulting...Know your audience...Happy Talk is just that...

Wishing you the best...If I was there we could snuggle...Nothing more...A girl needs to be taken out for dinner and drinks...Many times one just needs to be left alone and or have the understanding friend to sort things out...

We are always in your corner...You can share here...

I am like you. I hate those stupid life coach's telling me to smile and the world will smile back. Depression sucks and having someone tell you to think happy thoughts is BUNK. I am a total INTROVERT and really don't want to be around people esp. large groups.
I like your sex fantasy to help with depression. a True Friend holding you to provide comfort is the best

Thanks for your Blog