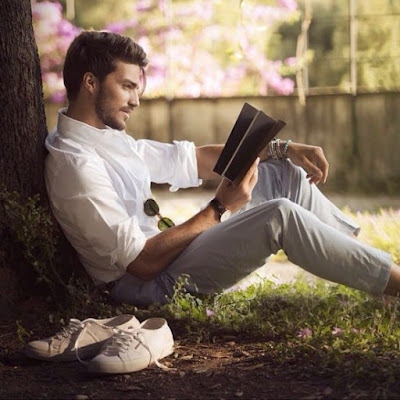 On July 4, 1965—four years before Stonewall—39 activists from D.C., New York, and Philadelphia marched on the place where the Declaration of Independence had been signed roughly two centuries earlier. They wanted to remind the nation that their rights of “life, liberty, and the pursuit of happiness” had been denied. Dressed in formal attire—the men in coats and ties, and many of the women in skirts and dresses—they carried signs that read Equal Treatment Before the Law and Homosexual Bill of Rights.

For the next four years, the organizer of that protest, Craig Rodwell, along with his comrades, Barbara Gittings and Kay Tobin Lahusen, marched in Philadelphia. Their demonstrations became known as “the Annual Reminders.” But in the summer of 1967, Rodwell also decided to do something that was, in its own quiet way, more radical than marching. He wanted to open a bookstore. Rodwell was the vice president of the Mattachine Society, a gay male political group. He wanted to make the Society more accessible to people, instead of just sitting in an office. He wanted the Society to set up a combination bookstore, counseling service, fund-raising headquarters, and office. When the Mattachine Society rejected Rodwell’s plans to open a bookstore, he resigned from the group and decided to do it alone.

The Stonewall protests two years later would draw broad attention to the struggle for gay liberation, but that struggle did not start in 1969. There were protests, and thriving gay communities, before that night in New York City—and Stonewall’s success was rooted in those earlier efforts. Activists like Rodwell understood the value of visibility; he was among the architects of New York’s gay-pride parade. But some were struggling not just for rights or liberation, but for something still more revolutionary. They were fighting for what they called “gay power,” the authority to define their own identity. Their efforts produced the intellectual revolution that lent the Stonewall protests their power, and which helped ensure that long after the protests were over, the changes they wrought would endure. The victories of Stonewall, then, had the unlikeliest of birthplaces: the Oscar Wilde Memorial Bookshop.

In 1967, there were no gay community centers, save San Francisco’s Society for Individual Rights, that offered cultural programming and recreational activities. There were no gay bookstores that included shelves of gay books. In fact, there was no such thing as serious gay nonfiction. Libraries had systematically cataloged homosexuality as a deviance or a disorder. There were the occasional novels—notably, The Well of Loneliness, published by Radclyffe Hall in the United Kingdom in 1928—but mostly there was pulp fiction and porn, and novels that had queer subtexts. In 1870, Bayard Taylor had published Joseph and His Friend: A Story in Pennsylvania, widely considered to be the first American gay novel. Joseph and His Friend was the story of a newly engaged young man who finds himself instead falling in love with another man. The book was not well received. Then there is Bertram Cope's Year, a 1919 novel by Henry Blake Fuller, which is sometimes also called the first American gay novel, but it was never widely circulated, and the gay theme was never fully specified. Gay novels have always had a specific but not large audience. When I was in my late teens and early twenties, gay literature was very hard to find in bookstores. It was even worse in the decades before I was born.

Therefore, Rodwell wanted a bookstore that would provide LGBTQ people with intellectual engagement as well as books on homosexuality. He also wanted the store to offer psychological-counseling services because, in 1967, the American Psychiatric Association still listed homosexuality as a mental illness in its diagnostic and statistical manual. For many queer people in the 1960s, the search for books, which offered some clues about homosexuality, was how they navigated their way out of the closet. When I first wanted to find out what it meant to be gay and was trying to understand my sexuality, the internet wasn’t widely available, and books were the only place to turn. When I was in college, Books-A-Million and their mall store Bookland had few if any gay books. Luckily, Montgomery had a Barnes and Noble back then, and the store did have a small gay literature section. It was worse in the 1960s. Those who went looking for gay books typically came up empty-handed.

Rodwell boarded a bus and headed to Fire Island, a Long Island beach town that had become a gay hub, with the hope that he could earn enough money working as a bartender to open the store. Three months later, he arrived back in New York City. He found a storefront in the Village with a rent of $115 a month. He had to come up with the first month’s rent plus two month’s security. That amount came to $345, which was one third of what he’d earned tending bar. So, he paid the rent and security deposit and opened the first-ever gay bookstore in the world at 291 Mercer Street, between Waverly Place and East Eighth Street. In 1973, Rodwell moved the store to 15 Christopher Street. He kept the Mercer Street store open for several months, for “sentimental reasons,” but finally closed it in May 1974.

He wanted a name that would tell people what the shop was about, so he tried to thin of the most prominent person whose name I could use who is most readily identifiable as a homosexual by most people. Oscar Wilde seemed the most obvious at the time, so he called it the Oscar Wilde Memorial Bookshop.

Rodwell planned the official opening for a few months later, on November 24, 1967. His mother arrived from Chicago the day before and they stayed up all night setting up the store. His plan to offer counseling services never came to fruition, but the store itself proved unexpectedly radical. The few identifiably queer books that could then be found in libraries—by Hall or Wilde or any other queer writers—were scattered by differences in genre, nationality, and date of publication. As Rodwell and his mother placed books by queer authors on the same shelf, they redefined the meaning of homosexuality. It was no longer simply a deviance or a disorder. It was, instead, a coherent category—with shelves of books to prove it.

The bookshop was immediately popular within the gay community. The store was packed, especially on Saturday afternoons, when Rodwell served free coffee and pastries. News of the Oscar Wilde Memorial Bookshop traveled around the country, and around the world. Gay readers wrote to Rodwell, asking for book suggestions and praising him for making LGBTQ novels, newspapers, and pamphlets available. Young men wrote, asking for advice on how to come out. European tourists told their friends, who made it a point to visit the Oscar Wilde Bookshop on their trips to New York. American soldiers stationed in Vietnam ordered books and asked for magazine subscriptions to The New York Hymnal, a journal Rodwell founded and edited. A handful of Americans and Europeans wrote to Rodwell asking for help on how to establish their own stores, which led, for example, to the creation of Giovanni’s Room in Philadelphia. (The store title was taken from the title of James Baldwin’s 1956 homoerotic novel, which was the first gay book I ever bought and read.) The bookshop had not only become a major touchstone for New Yorkers but also symbolized the promise of gay liberation to many others throughout the world.

On June 28, 1969, Rodwell was walking home from a bridge game with a friend when he heard noise coming from the Stonewall Inn, a gay bar that had been owned by the Mafia and frequently raided by the police. At first, he ignored it, but then he noticed that a crowd had formed around the police wagon; people were resisting being handcuffed by the police. Rodwell climbed onto the steps of the highest stoop and yelled, “Gay power!” and “Christopher Street belongs to the queens!”

While Rodwell and others defined homosexuality on their own terms, refusing to allow those in positions of authority to be the sole authors of their identity, the revolution was not over. Discrimination continued. Decades of activism lay ahead. The Stonewall uprising amplified the work that Rodwell and others had been doing before 1969. And it was those networks of activists, and the intellectual revolution they set in motion—reclaiming and defining their own identity—that transformed Stonewall from an isolated event into a turning point in the struggle for gay liberation. The protests themselves eventually ended, but the books and articles these activists published endure, and continue to inspire new generations. The Oscar Wilde Bookshop closed on March 29, 2009 citing the Great Recession and challenges from online bookstores.

This post was adapted from an article in The Atlantic by Jim Downs, a history professor at Connecticut College. 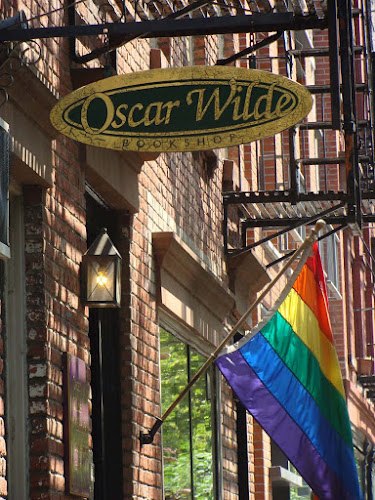