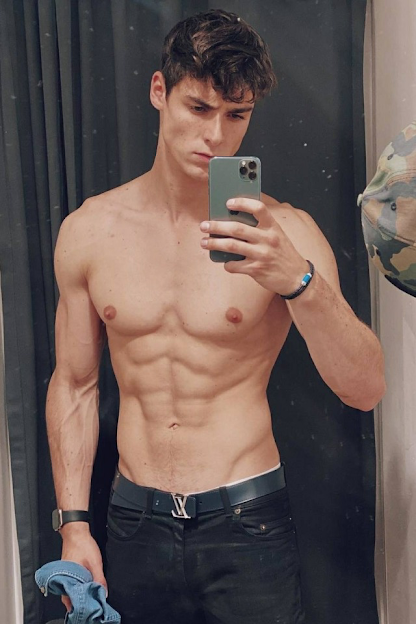 Yesterday afternoon, my best friend who lives in Texas called me. We talked for a few minutes; the conversation we had lasted maybe 30 seconds. The rest of the time for about 30 minutes or so, she talked to her three-year-old son who was in the backseat of the car. I have no idea why she called. I hate when people call me and apparently, don't really want to talk to me. I have one friend I never have to worry about with that. She’s going to have something to say when she calls. However, my friend in Texas, my sister, and my aunt are the worst about calling and not really having anything to say. I guess they want me on the phone, but really have nothing to say. When my sister calls and does have something to say, it's usually something idiotic, like telling me about a trip she took to Florida or Tennessee in the middle of a pandemic. Whenever Mama calls, she never wants to talk long, and she seems to try to get off the phone as quickly as possible. And people wonder why I have issues with talking on the phone.
After my friend called, my mother called. She wanted to tell me that a neighbor I grew up next to had died of pancreatic cancer. It's sad because she left behind three young children. However, I barely knew the girl. Honestly, I don't even remember her name. She lived next door but there was a pasture between us. I grew up in a very rural area. My mother didn't really want us associating with the neighbors, so I never knew any of them very well. After she got through telling me this whole story about this woman who died, I mentioned that Olivia de Havilland died. Mama is a huge Gone with the Wind fan as is my sister. Apparently, my mother and sister had already had a conversation about Olivia de Havilland’s death, so it wasn’t news to her. Anyway, Mama was confused about who de Havilland had a long love affair with. I tried to tell her it was Errol Flynn, but she wasn’t listening to me and kept talking about the man she’d been in love with was the one who played all the pirates in movies. Again, I told her it was Errol Flynn, and she said, “Oh yeah, that’s right.” Then as I continued to try and talk to her, when she interrupts me and said, " I have another phone call. Bye," and hung up.
Then I get another call. This time it was my niece, who apparently was at my parents’ house. (I won't even get started on what's wrong with that, since it is not safe for them to be around the grandchildren right now with the pandemic.) My niece basically said, “Hi, Uncle Joe," and then it was like pulling teeth to get her to talk to me. She was obviously distracted by something. What it was, I don’t know. I tried asking her about school starting back, and eventually she answered me. Finally, she said, "Grandma wants to talk to you." I was thinking I just talked to her, it had only been 2 or 3 minutes, but I didn't say that. Mama proceeded to ask me if I will be able to come home at Christmas because apparently, she has heard that AOC is trying to shut down all travel. I started to write that I don't know where she gets this stuff, but I do know. All her craziness comes from Fox News. I don't even have to ask. Why can’t the FCC just shut that shitshow down for all the misinformation they spread. Anyway, I said that I would probably not be able to come home but it had nothing to do with AOC but with the fact that the university has asked us not to travel outside of Vermont, especially to high risk areas, of which Alabama is one such place. Then she tells me how sad it will make her if I can't come home at Christmas. I said that it would make me sad too. I was in the middle of explaining about why the university doesn't want us to travel and when I would start going back into the office, when she breaks into the middle of what I was saying to tell me that she needs to get off the phone. All she called for was to make a nasty remark about a Democrat and when I tried to tell her something, she didn't want to hear it. My family drives me crazy.
So, I basically had four phone conversations about nothing yesterday afternoon. Finally, my friend Susan called. She always has plenty so say, whether I do or not. Last night, I was actually in the mood to talk, we ended up being on the phone for nearly two hours. When we both have a lot to say, we end up on the phone for a long time. I always feel better though after talking to Susan. If she hadn’t called, I would have probably remained in a pissed off mood about the useless phone calls I’d received that afternoon.

The land line certainly and even the iphone are a dead technology. If we get five calls a week on our landline that is the most. The noise of the telephone ringing has become unusual and unexpected "what's that?" I infer that for your mother texting and email are beyond her comprehension and capacity. It is so sad that she wants a son (to be there at Xmas etc.) but not you. And have a good week, Joe, Roderick

Further - it is not just the landline. Apparently to the 'teen generation "Gone With the Wind" is utterly boring without any appeal. I must admit that I usually stop watching at the intermission - the second half, while good, does not have the pace and the interest of the first. Roderick

As per usual you have once again chosen a great photo. I also have a dislike for people who call but don't want to talk to me. It happens at work with my boss. He starts off strong, then gets side tracked and has to stop to answer or compose an email. It drives me crazy. I like to call, say what I need to say and unless there is something else to talk about end the call. Sounds robotic but it's friendly and quite efficient.

I had a friend that used to call me (he's straight) and we could talk for hours about anything. Because he knew a little something about everything. He would get on a tangent and I just wanted to detach the phone from my ear. Don't get me wrong it was nice to hear from him but I would cringe a bit inside when I saw his name pop up on the phone.

As for your travel home, perhaps you can Zoom, Skype or otherwise video your way home. It won't be the same but I have a feeling that the holidays this year just like the rest of the year is going to be quite different and new. Here's hope that we make some progress on controlling, treating and curing COVID-19 sooner rather than later so life can return to a more normal state.

Yikes! I rarely talk on the phone. I suppose my generation prefers texting. Hell, my mother even prefers texting. I like to hear someone's voice over the phone, when I cannot see them in person. I suppose I'm old school. It irritates me as well, when someone calls me and then is distracted throughout the phone call. We live in the era of distraction, where it is rare to ever have someone's full attention.

I feel your pain on politics as well. I am the only one in my family or friends who believes that the virus is real and not a conspiracy to defeat the President's reelection. I recently deactivated all of my social media, because it was nothing but misinformation and denial of reality being shared by family and friends. I doubt I log back on. I have more peace without that additional noise in my life.

I am dreading going back to work. I work at an independent school here in Mississippi. I love my job, but Fox News seems to be part of every one of my coworkers' nightly routine.

The landline has one use worth keeping: It's not dependent on electricity, and can be used in a long-term blackout.

But yeah, I think it's important to remember that the South as a whole is still not done processing, well, anything from the last 90 years. So you get stories like AOC is trying to cancel travel. (It should be canceled, restaurants should be reduced to carry-out and delivery, we should have a monthly stipend for the duration of the emergency to pay for food, cleaning supplies, rent, medical supplies, and utilities, but that's not happening, because the Republicans are run by Nazis and the Democrats have, since Bill Clinton, decided to be very French.)

Well, there's also that history is apparently the polemic of the vanquished in the case of the Civil War? I don't even know how that happened.