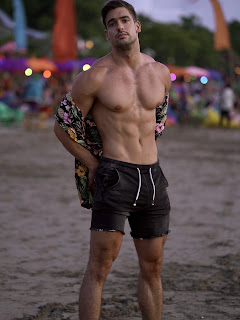 The picture above reminds me of a trip I took to France as part of a study abroad program with my graduate school in 2005. At the time I went, I had no idea that my world, and the world of so many in Mississippi and Louisiana, would be turned upside down by Hurricane Katrina. I also had no idea that ten years later, this trip, which involved a class about oral history and public history, would be instrumental in securing me a new job in Vermont.

We spent several weeks in the Loire Valley touring the fabulous chateaux before spending a week in Paris to further our public history class by touring the museums in the city. We toured the châteaux of Chenonceau, Amboise, Chambord, Blois, and Clos Lucé, as well as the cathedrals of Tours and Orléans. We stayed in the Pontlevoy Abbey, which was the abbey of Cardinal Richelieu. In Paris, we toured the Louvre, Musée d'Orsay, Musée de Cluny, Notre-Dame, Sacré-Cœur, and the Eiffel Tower, among many other sites in the city.

While in the Loire Valley, we also conducted oral histories with locals in the area. Our professor split us into two groups for the oral histories. Since I had taken classes in oral history before, I was sent with one group to supervise and help the other interviewers, while our professor went with the other group. It was a great experience as the Loire River had been the dividing line between Vichy France and Occupied France during World War II. Many spies used the châteaux, especially the beautiful Chenonceau, a château built across the River Cher, to pass messages back and forth across enemy lines.

However, while maybe you enjoyed this journey down memory lane, you’re probably wondering how the image above reminded me of this trip. One night, we went to one of the nearby towns on the Loire River to have dinner at a riverside cafe. There was a beach between the restaurant and the river.

If the guy above had gray hair, he'd look a lot like my professor. He was very handsome, and the background does look like the restaurant we had eaten. My professor was fun on this trip. Though a staunch Baptist, he let himself be a bit freer in France. He was a lot of fun.

One night, we went to a place called Ben’s Blues Bar in Blois. Ben, the owner, loved the blues and all things Mississippi, so he was always very friendly to the study abroad students from my Mississippi university. Back then, I’d still drink beer, and Ben suggested I try Chambord Beer (I know most people think of the liqueur, but they make a beer as well). It came in a weizen glass with an image of the Château de Chambord etched on the side.

My professor asked me how it tasted. I handed it to him and said, try it. He said, "Mmm, fruity." I replied, "Just like me." He knew I was gay and didn't have a problem with it, but I caught him off guard, and he blushed. We all had a good laugh about it, mainly because it was so unexpected coming from me, who was always a little quiet.

By the way, I told Ben how much I loved the glass. He went back behind the bar and brought me back a clean one and said, “Yours to keep.” I still have that glass, and I love it.

That trip was wonderful. I had so much fun. The people of the Loire Valley are such friendly people. I can't quite say the same about everyone I met in Paris. All in all, the trip was fantastic and memorable.

I had a similar trip to France and Belgium back on May 1989 with a choir in which I was singing as a tenor and with my eldest son.

We sang at the Chambord castle and even in Notre Dame in Paris.
The Chenonceau castle we visited too was for me a all time favorite castle.
It's names also the «queen's castle».

We were hosted by the family of the other choir members that we visited. That was very nice to live in the French way and fun too because many of those choir members had or would have to visiti us here in Montreal.

Arriving in Paris we sang and visited: Vierzon (near the Loire castle), Nantes, Laval en Mayenne, St Malo, Binic (in Bretagne) visited Mont St Michel, a beauty, visited Bruges in Belgium and stayed in Avennes sur Helpe (Belgium) and we finished out singing tour in Paris, visited Versailles too.

Every places and people we met were very nice and happy to show us their places.
Even in Paris, the families who hosted us were very nice but as you said, not the same for the other people in Paris. They are very snubs and not much nice polite too.

I hope going back there as I have two good friends of mine that can host me in Paris and Vichy.

I'm sure you also visited the Sainte Chapelle in Paris. It's my favorite place in France.

Sainte Chapelle Looks like a beautiful place, but I honestly can’t remember visiting it. I’d love to go back and explore more of France, but if I had to choose just one country to return to in Europe, I’d choose Italy every time.