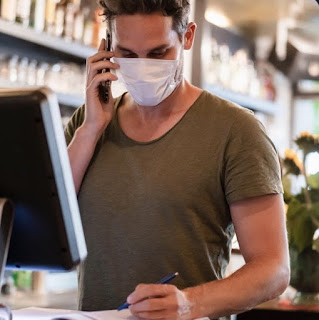 On Monday, I called the oral surgeon to give them the information my dentist told me, which he believed might allow them to forgo the consultation. It worked, and they gave me an earlier appointment for June 17 (the original had been July 20). When I talked to the receptionist, I told her that all I needed was 20 minutes to get there, so last-minute cancellations were okay. I told her that my boss would understand. She said there were some possibilities, but she’d have to get back to me.

Yesterday morning around 10 am, the oral surgeon’s office called and asked if I could be there at 11:45 am. She barely got out the question when I said, “I’ll take it.” I quickly took a shower, got dressed, and drove over there for the appointment. I was so relieved that they were taking out this tooth. I hate to lose a tooth, but there was no other option.

They brought me back and injected me with an anesthetic, and gave it ten minutes to work. He had to add more anesthesia to my palate, but he got me numbed up. My dentist had been afraid that the tooth would break if he tried to pull it and that the roots would be difficult to remove, especially since one root was curved. Sure enough, as soon as he rocked the tooth back and forth a few times and pulled, I heard a loud crack. The tooth broke. It didn’t faze the oral surgeon. He just reached in and removed the roots one by one, except for the curved root. That took a few minutes more, but he used some type of tool that he said caused the tooth to “roll,” and out it came. He packed it with gauze and sent me on my way.

He told me that it should not be too painful and that my usual pain medicine would take care of any pain. That has mostly been true. He also said that there should be no need for an antibiotic as everything came out cleanly, and there was no sign of infection there. I had a bit of trouble getting the site to stop bleeding. I changed the gauze and even used a tea bag (One of the main components of tea is tannic acid which aids in the forming blood clots, thus making tea bags an effective technique to stop bleeding.), but nothing seemed to help. I called the oral surgeon, and they said I shouldn’t worry. What I described didn’t seem too bad because there was no pooling of blood. It was most likely that each time I removed the gauze or tea bag, the clotting came out too. She said, relax and leave it alone. I did as I was told, and it finally stopped bleeding.

I really hope that this helps with the headaches. I am seeing my neurologist this afternoon. I had been scheduled last week, but she had a family emergency and had to reschedule the appointment for today. We will discuss the headaches and the tooth. I suspect she will have me monitor the headaches for a while, and then if this does relieve the pressure on my trigeminal nerve, she will take me off the medicines she has me on for trigeminal neuralgia. I’m keeping my fingers crossed that this six-month nightmare is almost over.

Fingers crossed for you.

Good luck, hope it all works out well.

I had that happen to me when my dentist tried to replace a broken crown. It took over an hour to cut the roots out. I did spit out a few clots later when I pulled out the gauze he'd packed the hole with. No problem.

Dave R, by going to an oral surgeon, things went a lot smoother. The whole procedure took about fifteen to twenty minutes if you factor in the wait for the anesthesia to begin working.

Finger's crossed this fixes things for you. Take care!

Joe, the best news that I have had for some time, PROVIDED of course that the removal does help to deal with the pain. I am glad that you took the route of accepting any cancellation, and that the chance came almost immediately. Roderick