Coming Out and My First Gay Bar 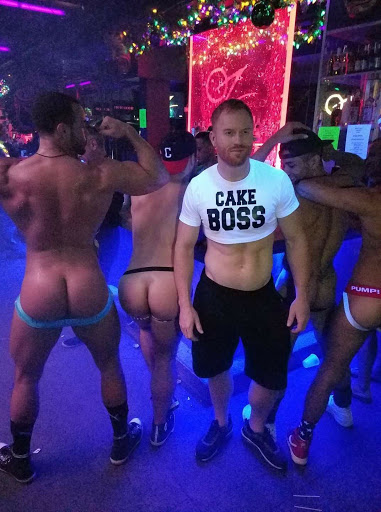 I wanted to clear up a possible misconception about something I wrote in Friday’s post. I had written about how my graduate school history department learned I was gay. In it, I wrote:

The first time I went into a gay bar was in New Orleans. A friend took me to one while we were at an academic conference there. She had been the first person I’d ever come out to, and she wanted to take me to the gay section of New Orleans. […] This was also when everyone at my grad school found out I was gay. For about the next week, the news of my sexuality spread like wildfire. It wasn’t that I’d hooked-up with anyone that night. I was just the subject of gossip for about a week.

Going to a gay bar in New Orleans happened the first week of November 2001. I had come out to my friend and her boyfriend the previous spring (in fact, the Friday before spring break) at a party late one night where a fair amount of drinking was involved. I'm one of those people who remembers everything when they've been drinking. At least that was the case when I was younger and had a better memory. I spent about two weeks wondering if all the courage I'd mustered to come out would even be remembered. I was happy to learn my friend did remember it, and we were able to discuss it when we were alone. She did so much to help me get comfortable with my sexuality. She treated me no differently, and we could easily discuss our attraction to various men. That might not sound like much, but it was something I’d never been able to do before. Before coming out to her, I had always kept everything about my sexuality completely internalized. 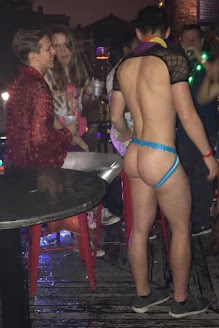 My friend and I had met originally because we shared a desk in the graduate assistants’ office. Our graduate director told me I’d be sharing a desk with an older woman who was short so I should use the top shelf attached to the desk and leave her the bottom one. It turned out that yes, she was shorter, but only a few years older. She was, and still is, a gorgeous, compassionate, and affable person. Besides sharing a desk with her, it also turned out she lived in the same apartment complex where I did. Because of these two things, we became good friends and often went to various events together. She had been an actress in Los Angeles before she moved to New York City to work on a novel. After a few years there, she moved to Mississippi to do further research for her book. She got a second degree, this time in history, and decided to pursue a PhD. She was always interested in marginalized people which is why her focus of study was on the Civil Rights Movement. Nowadays, she is the director of a women’s resource advocacy center at a major liberal arts university in the South.

She turned out to be the perfect person to come out to first. I remember the first time I spoke with her after the initial coming out. We were at a small bar in Mississippi with a patio in the back. Most people who sat back there drank beer and smoked pot in the darker corners. She and I went out there for some privacy. My sexuality changed our friendship for the better. I was able to talk to her about things I’d never discussed with anyone. I could talk about hot guys with someone instead of keeping it all in my head and acting like I was not trying to check them out. We became so much closer because of the open nature of our friendship.

Eventually, I told another friend of mine in the department early the next fall. So, when we went to New Orleans in November for this academic conference, only three people knew I was gay, and they all kept my secret.  While we were at the conference, I was staying in a hotel room with my friend and another female graduate student. The three of us were hanging out with each other a lot during that trip. On the night in question, we had been at a reception at the Presbytère, one of the buildings next to St. Louis Cathedral.

Two other guys from our grad program had latched onto us at the reception and were expecting to continue to party with us. These two guys were lecherous and obnoxious. My female friends and I wanted to get away from them. The three of us discussed what we were going to do. The guys mentioned they wanted us to go with them to Larry Flynt’s Hustler Club which had recently opened. None of us were keen to go to a female strip club so I suggested we tell them we were going to a gay bar knowing they would not follow us there. They were not secure enough in their masculinity to do that. My friend had already told me earlier she wanted to take me to the gay district of New Orleans. When I suggested going to a gay bar to get rid of them, my friend asked if I was sure. In doing so, I would essentially be coming out to these guys. I felt it was time to be out more so I said I was sure. We split with those guys and went to the gay dance club Oz at the corner of St. Ann and Bourbon. 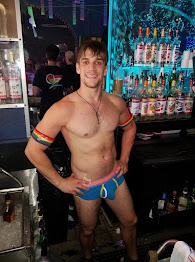 Oz was a magical place. The men were beautiful and there was such wonderful energy there. The bartenders were hot, and they served strong, cheap drinks. They had nearly nude guys dancing on the bar; most in thongs, but one guy had only a hand towel covering his penis. For the right tip, that hand towel would be moved out of the way. It was unlike anything I’d ever experienced, and I loved every minute of it. If I’d ever had any doubts I was gay, this put them to rest. We danced for a while. I’ve never been a great dancer, but it didn’t seem to matter at Oz as long as you swayed your body to the music and “waved your hands in the air like you didn't care.” We also sat at the bar for a while and gave tips to some of the guys dancing on the bar. I’m not sure what Oz is like these days, because I haven’t been in years, but back then it was always a lot of fun.

I knew telling the two guys we were with earlier I was gay was going to spread. There was no way they would keep that quiet. By the end of the next week, the news had spread through most of the history department, and a few professors did say genuinely nice and encouraging things to me. We went out a few weeks later for my birthday (November 30), and by the end of the month, there was no one in the history department who did not know I was gay. The reactions were mostly positive. The only negative reaction was from our one Canadian professor (ironic since Canadians tend to be more accepting) who I think was trying (and failing) to be positive, but still, I was appalled when he said to me, “Congratulations, I hear you’re a fruit.” He always was a little socially awkward and not the nicest person. Eventually, his visa ran out and he returned to Canada. He was not missed.

The point of this post is that the friends I initially came out to kept my sexuality to themselves until I decided to come out to others. I knew when I told those two guys about going to a gay bar, I was coming out to the entire history department.

Ok, that clarifies it. I'm glad your close and trusted friend didn't betray your trust.

"Congratulations, I hear you're a fruit." Not so nice.

Ok, so now -- how do you meet someone in VT? It seems so hopeless as you've described it.

RB, the answer is: Hell if I know. 🤷‍♂️ Every guy I have met has been online. Vermonters are a very standoffish people, like many people in New England. I have tried going to LGBTQ+ events (there are not gay bars in VT), but I have never met someone at one of those events. I never have been good at meeting people. I really am a very, almost painfully, shy person. All of my friends I have met at work or school, though I have made some great friends online, especially through my blog. Even the friends I have, I always feel that I am bothering them when I contact them, even when they say I'm not, I have a hard time believing them. So it makes it hard for me to approach someone because I'm afraid I am nothing them or that I will be rejected. All of this is something I am working on and trying to be less self-conscious.

So, when I figure out how to meet someone in VT, I will let you know.