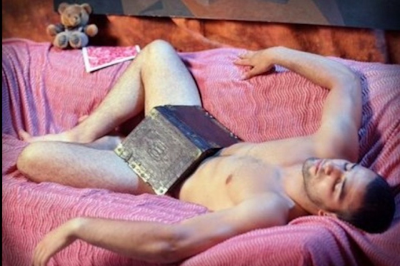 It's the end of the semester and it is time for exams again.  My college exam is tonight, I know my students are dreading it, but it shouldn't be that bad.  I will be reviewing with my high school kids on Monday and Tuesday for their exams which will be Wednesday through Friday.  Then Friday, I will be off work for two weeks for Christmas and New Year's.  I can't wait.

With exams coming up, I thought I would share a list of unintentionally funny exam answers on history exams.  I've never gotten these answers before, but I have had a few funny ones.  My all-time favorite that I received was that "There was nothing to do before the Industrial Revolution but hand jobs."

These were so funny I nearly spit out my morning coffee! Now I'm actually looking forward to that big stack of papers on my desk.

Joe: Oh that was funny but I wonder if everyone gets the unintentional jokes and errors.

I love history too so I caught all the inaccuracies and absurd conclusions but the unintentional ones (mis-spellings, use of incorrect words, poor sentence structure, etc.) -- the underlying logic might be sensible -- yet as a complete thought, it's not correct. How do you grade that? You give them partial credit?

And I understand that we are "dumbing down" the classroom!!!?? Sounds as though we have arrived!!!!

Joe: When you have the time (after school ends) you should run a corrected version of this list, striking out the incorrect parts and inserting the accurate and correct grammar.

Joe, as a history major, I greatly enjoyed your post. I taught 8th graders for four years just after I graduated from college.

In addition to History, I taught Health. At one point the students were taught how to do CPR. They had to demonstrate the technique and also there was a written test.

One of the questions on the written test was, "What state must the patient be before one begins CPR?"

The correct answer was, "unconscious and pulseless." One student couldn't remember that answer but he gave it his best shot when he answered, "Texas, I guess."

Have fun with all the exams. Hopefully, the answers won't resemble these! I can believe that most of these are actual answers, having been in a high school for 5 years. I was underwhelmed with the abilities of so called high schoolers!

I never knew Voltaire wrote Candy! There's a whole new reason to like him. Hopefully the exams go quickly. Good luck, and have a great break!