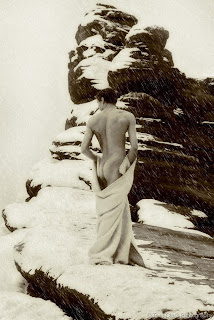 This time doth well dispense
With lovers' long discourse;
Much speech hath some defense,
Though beauty no remorse.
All do not all things well:
Some measures comely tread,
Some knotted riddles tell,
Some poems smoothly read.
The summer hath his joys,
And winter his delights;
Though love and all his pleasures are but toys
They shorten tedious nights.


Born in London on February 12, 1567, to John and Lucy Campion, Thomas Campion was a physician, a composer, and a poet. His parents died while he was a child, and at the age of fourteen he and a stepbrother were sent away to Cambridge. Campion did not earn a degree at Cambridge, but he came into contact with writers such as Thomas Nashe and Gabriel Harvey. In 1586, he enrolled at Gray's Inn, a law school, where he performed in plays and masques. The facts of his life from this time until 1602 remain vague; in 1602 Campion entered the University of Caen and shortly thereafter, at the age of forty, took up a medical practice in London.
His first published works were five songs, which appeared in 1591. Campion's first collection of poems, Thomae Campiani Poemata, was published in Latin in 1595. The book included over 129 epigrams as well as a number of elegies and an incomplete epic poem. The epigrams show Campion's ability to draw a portrait in a few precise lines, and he would later publish 453 epigrams in Epigrammatum Libri II (1619). By 1597, Campion had focused his attention almost completely on writing the words and music for songs. In 1601, he contributed twenty-one songs, and a brief treatise on song, to the Philip Rosseter's Book of Ayeres. Rosseter was the King James' lutenist. Campion would publish four more books of ayeres, or solo songs, including Light Conceits of Lovers (1613), and The Third and Fourth Booke of Ayres (circa 1617). The lyrics in these books are distinguished by their fine musical quality; as Campion noted in the preface to one of his books, "I have chiefly aimed to couple my words and notes lovingly together."
Campion's book of prosody, Observations in the Art of English Posie, was published in 1602. In it, he explored the relationship of music and poetry, and warned against "the childish titillation of rhyming." Campion also wrote a number of libretti for masques performed in King James' court, including Lord Hay's Masque (1607) and The Squire's Masque (1614). These works, commissioned by King James, allowed Campion to associate with many of England's artistic and aristocratic elite. Campion died on March 1, 1620, in London, probably of the plague, and was buried at St. Dunstan's-in-the-West, Fleet Street. He never married and died with only twenty-three pounds to his name, which he left to his friend and collaborator, Philip Rosseter.

Thanks again for a most informativee post. As noted in the writing, the poet certainloy di possess "ability to draw a portrait in a few precise lines"

wow very nice he was good