An Attack on Americans’ Intelligence 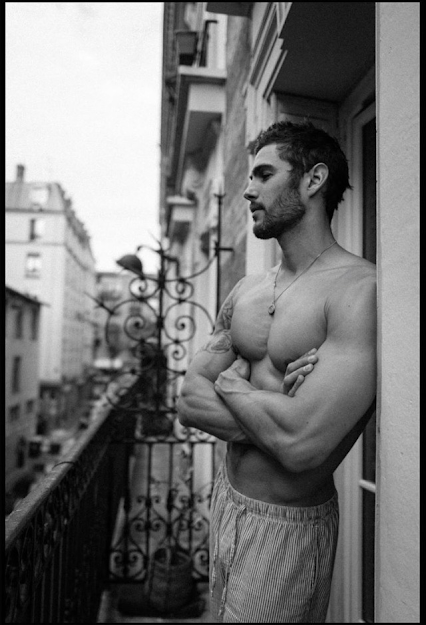 The other day, I read an article written by two American gay writers. The article’s title was, “Are Americans the stupidest people in the world?” I’ve actually read these writers’ work before: one is an LGBT young adult novelist and the other was an editor of a former gay news and entertainment website. These two men are a longtime gay couple who decided in 2017 to sell their house in Seattle and travel the world as “digital nomads.” They’ve been moving to a new country every few months and supporting themselves by working remotely.

The opinion piece they wrote has some valid points. I agree that the U.S. response to the pandemic has not lived up to what most of the rest of the world is doing, because many Republican leaders in this country have failed to take the crisis seriously. Also, the supporters of those so-called leaders have acted according to what they see as an example. The public’s health and safety have been made into political issues.

However, what I take exception to is when they try to lump all Americans and all politicians into the same category. At one point, they write, “The brutal truth is that a lot of Americans have grown selfish, lazy, and entitled. We want everything now, and we don’t want to pay the real cost of things. And we don’t seem to give a damn about people who don’t look and act exactly like us.” These two men left the United States when Trump was elected. Fine, great, go…but, not all of us can do that; being a traveling nomad is expensive. And by leaving, they are running away from the problem and doing nothing but complaining from a distance. The U.S. isn't perfect, and it never has been, but when someone decides to run from a problem then disparage those trying to make things better, you become part of the problem, not part of the solution.

I will admit many Americans since colonial times have believed in American exceptionalism. It’s the whole “City upon a Hill” mentality. The British novelist, Frances Trollope, visited the United States in 1830 and wrote, Domestic Manners of the Americans. The book created a sensation on both sides of the Atlantic. Trollope had a caustic view of Americans, and found America strongly lacking in manners and learning. She was appalled by America's egalitarian middle-class, and by the influence of evangelicalism emerging during the Second Great Awakening. In her book, Trollope said:

A single word indicative of doubt, that anything, or everything, in that country is not the very best in the world, produces an effect which must be seen and felt to be understood. If the citizens of the United States were indeed the devoted patriots they call themselves, they would surely not thus encrust themselves in the hard, dry, stubborn persuasion, that they are the first and best of the human race, that nothing is to be learnt, but what they are able to teach, and that nothing is worth having, which they do not possess.

There is a lot of truth in her writing, but her attitude was influenced by the European view that Americans had no history and were uncouth. There was a prejudice against Americans around the world, and that view went both ways as many Americans felt they were better than the rest of the world.

The trouble with Trollope’s attitude is that this has never been true of all Americans, just as it is not true that all Americans are stupid. It’s only a certain, and very vocal, part of the population who are just plain ignorant. The head ignoramus, sadly, is the President. He has led his followers into nativism, paranoia, anti-intellectualism, conspiracy-mongering, and of course, rank racism. But those same followers already had those issues before Donald Trump. He’s just fueling the fire. These same people are unwilling to sacrifice for the common good, to think of others before themselves, and to endure difficult times.

I don’t like the stay-at-home orders or wearing a facemask when I have to go out. I am not looking forward to going back to work and having to wear a facemask any time I leave my office. However, I know it is for the common good. I am willing to endure the discomfort if it will help slow the pandemic. It’s just something we have to do. So, for people like the two guys who wrote, “Are Americans the stupidest people in the world?” they don’t realize many of us are trying. We are doing our part. We are not selfish, lazy, and entitled.

You know what to do: 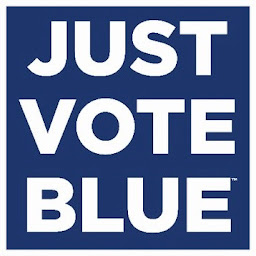 And the Mr. in the photo's got pecs for days 💪🏻

I almost agree to what you mentionned about those two writing from outside of USA and not participating in giving solutions not complaining.

I don't agree with you mentionning that other countries are monoethic because many of the democratic countries like us in Canada, are also a kind of melting pot of many ethnics.

I was teaching in a high school where we had 73 different ethnic people and in another one where we had 53 other ones. Canada and even the so call «Catholic province of Quévbec» are no more made od monoethic way of thinking and religious believes.

I know that USA isn't made only of «stupid» people and if USA have gone to the moon and have this technological so advanced knowledge, it's because many are very clever people.

Unfortunatly, you have put this «ignorant clown» in the White House and his follwers are making so much bad noise that it overcome the people with good will and intelligence.
When those deplorables prefer to listen to this «clown» instead of people like Dr. Fauci and scientists, it gives a bad reputation when seen from outside US.

USA is now more and more self centered and this is affecting the influence you had on international spheres. Now getting out of the WHO is another bad decision that, luckily would be reversed next year if Biden get elected.
America isn't getting great again and the way «45» had get USA out of many international groups is the reason why.

What is the saddest thing is that Russia seems to be very happy about it and China is now taking more and more room in many countries like in Africa.

USA has to make huge changes and is it too late ?
USA needs another revolution because for now, it's on a Titanic course.

I never mentioned Canada as being monoethnic. However, many European, African, and Asian countries are. Basically, the Old World countries these two were traveling to such as Vietnam, Greece, Bulgaria, Georgia, and Armenia are largely monoethnic. The New World, i.e. the Americas, are more multiethnic than the rest of the world. Even Latin America is more multiethnic than many European, African, and Asian countries. That was the point I was making.

By the way, we will have our revolution in November.

Hello Jo,
Living in Montreal I hear a lot of negative things about the U.S.A. I find it quite obnoxious because some of the nicest, kindest, classiest people I have had the privilege of knowing are Americans. I do not agree or respect much of anything your president stands for, but so many Americans have spoken out against him and his methods ever since he was elected that I do not see how anyone can think he represents most of America.
Just to put it into perspective, I live in Montreal which is a wonderful, open place. However, when my husband and I decided to adopt I had a talk with my best friend of 30 years. She is Haitian and has lived in Montreal since she was a young girl. I asked if we were to adopt a black child would the black community be accepting of him or her with 2 white dads. Her answer was that he would have a very hard time because even in 2019 she and her white fiancé constantly got dirty looks and the community is still very much against homosexuality. Montreal is made up of many different cultures, yet she has been the victim of profiling more then once.
I live in the suburbs and people on our street are incredibly accepting and kind to us, even more so when we adopted. However I have several gay friend who found it much harder as soon as they moved away from the Gay village or the big city. I have friends of many different religions and many of them have had experiences with religious hate crimes...we see it in the news every once in a wile.
My point is these thing happen everywhere all the time. The main difference between the U.S.A. and most other countries right now is that people with small minds (which are only a part of the population) have found a voice to follow, and sadly it is the man in charge.
Stupidity is everywhere and comes in many forms.
Giac

I'll vote blue after the primary.

Well, we have Stupid, nothing need be said. Then we have Wannabe Stupid, the Nebula to Stupid's Thanos (in the comics where Nebula is basically Marvel's version of the Joker's Daughter, a lunatic who claims to be a supervillain's relative, though Nebula is in fact a villain in her own right). Wannabe Stupid is saying he'll respond to the coronavirus, but not with a proper healthcare system, without shutting down bars, without masks (mask mandates, but no aid for those who can't afford them), and no relief for those displaced from their jobs. Basically, Wannabe Stupid plans to do nothing in the name of democracy, just like Stupid.