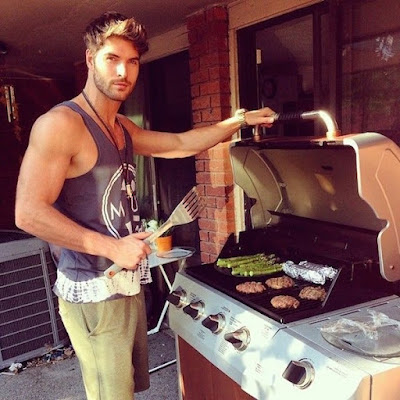 When I was growing up, our family had five big holidays that we celebrated: New Year’s Day, Easter, Independence Day, Thanksgiving, and Christmas. New Year’s Day was always celebrated with traditional foods (pork, greens, and black-eyed peas) and with my paternal grandmama’s family. Easter was a holiday for just my parents, sister, and me. We always had ham, macaroni and cheese, and the other vegetables varied. Independence Day was always celebrated with my paternal granddaddy’s family. Thanksgiving was always celebrated with my mother’s family, and Christmas was numerous gatherings with all the different branches of my family. Each of them was a very special occasion that I always looked forward to.

The Fourth of July was always particularly special. My granddaddy had his own barbecue pit and would cook pork and beef ribs. Ive always preferred pork ribs. My grandmama would make the sauce that would go on them. Granddaddy also would grill some corn on the cob, too. Grandmama would make baked beans and potato salad. My mama would make the coleslaw. Daddy would go early in the morning to help Granddaddy barbecue the ribs, while Grandmama made iced tea and lemonade for refreshment. Everyone else who came generally brought a dish and they often varied according to who came that year. After lunch and around the middle of the afternoon, we would usually cut up a watermelon, and many of the years, Grandmama would get out the ice cream churn and make her special ice cream. There is just nothing like my grandmama’s homemade ice cream. Well, maybe Bluebell’s Homemade Vanilla Ice Cream, but only the Light Homemade Vanilla Ice Cream. The regular is too sweet.

Family would come from as far away as Arizona to be at Granddaddy’s Fourth of July barbecue. All of the nearby family members would have some out of town relative staying with them. Sadly, the largest gathering was the last. My granddaddy died of cancer in 2001 and that Independence Day every member of the clan came from far and wide. Granddaddy was bedridden at the time, so my daddy did the barbecuing. Granddaddy was so sick, he was no longer able to eat much, but he was so happy everyone came that year. He died just three weeks later. He had held on for that last barbecue, which tells you how special it was to him.

While we keep up with most of the other holidays, the Fourth of July has never been the same. It’s always been a much smaller affair after Granddaddy died. Daddy usually still cooks ribs, but they are now made with Mama’s BBQ sauce recipe instead of my grandmama’s. In the last five years, I have only been back for the Fourth once. It’s just not the same.

This year, I will be cooking some ribs, baked beans, and scalloped potatoes just like my mama taught me. Well, the ribs will be cooked in the oven, something unthinkable for the rest of my family, but I do not have a grill. This year it will also be a solitary affair. I found one small rack of ribs at the grocery store. I was surprised the supermarket had a small rack of ribs, but they did and only one of them so, I bought it.

Happy Fourth of July, Everyone! 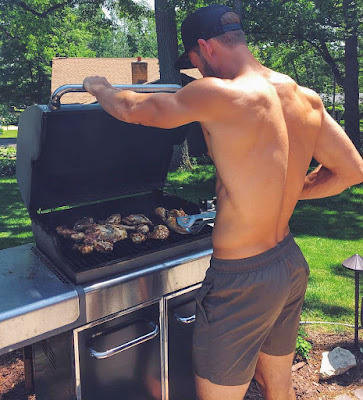 Enjoy your ribs Joe, but I do wish - as I have done from the start - that you were sharing them with someone, Roderick

Make your own company...Yes, it would be nice to have someone special to share the day with but don't dwell on that...Make the day YOURS...I love Bluebell ice cream...I used to live in Dallas, Texas and I would drive up to see my boyfriend in Wichita Falls and pass a BlueBell ice cream plant...I like the country ribs myself...More meat on them...My father was an ass but a good cook and his BBQ was of legend...I have always been funny about food...I don't like to play with it...I just want to eat it...Ribs, crab and the like fall into that category...I am not going to wrestling with food to eat it...Have a nice day...Don't forget the strawberry shortcake...XO