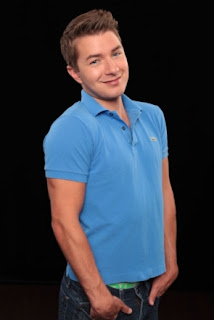 I was hanging out with a friend of mine while her husband was over at one of the election parties.  We decided to drive by the courthouse and see what was going on, when I spotted who I thought was her husband at one of the offices near the courthouse.  She called him, just to see what he was doing and really to check and see if that was him (it wasn't like he was somewhere he wasn't supposed to be, she just wanted to make sure that was him).  It turns out that it was him, so we came back by so that we could take him some beer.  We parked and he and another guy walked up to the car.  As soon as the guy with my friend's husband walked up, my gaydar went off immediately, but I didn't say anything.  I thought I would see where this was going.  The stranger was quite cute, a bit young (he was 21), and very drunk.  They were talking, and it was quite obvious that he was one of those people who thought he was "someone" mainly because he had family political connections.  In other words, he was a total douche, and I don't use that word very often.  Once he figured out that my friend was the wife of the guy he had, as I found out later, been hitting on all night, he was not a very nice person to her. Like I said, he was a douche.  It was not a good confrontation since my friends husband did not take well to the fact that he was disrespecting his wife.  Nothing happened, but the guy finally figured out that he had been barking up the wrong tree. 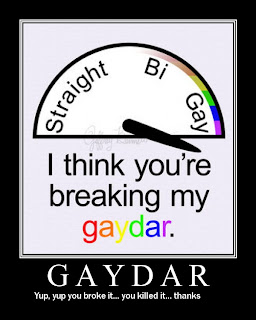 So let me back up a bit and explain what had happened the previous two hours before we got there. Apparently, this guy had become real friendly with my friend's husband and they had been having a good time.  I suspect the guy is in the closet and has not had enough experience at 21 to hone his gaydar skills, because there is nothing even remotely gay about my friend's husband.  Growing up in the rural South, you develop a good gaydar so that you don't hit on the wrong guy, and mine has never failed me.  Though my friend's husband is quite attractive and has one of the finest butts in the country, if not the state, the stranger had barked up the wrong tree with this one.  My friend got pretty mad about the whole thing until I explained to her that he was obviously a closet case, who was drunk and had been raised to be a prick (this particular political family are all pricks, if I told you who they were you would understand immediately). Once she realized that the real reason that he was rude to her was not because he was looking down on her or anything, but the fact was he had gotten cock-blocked by the wife and didn't like it.  In fact, he was probably a bit embarrassed.  My friends husband is a bit clueless about these things, but he had never figured out that the guy had been hitting on him for the past two hours.  And if you are wondering what tipped of my gaydar, there were a few stereotypical things about his mannerism, but the fact that he never once looked at my friend, even though he was talking to her, but checking out the husband and then evaluating me to see if I was worth moving on to, but he didn't get quite that far. Even if I think he could have been a fun little fling, the only thing I would have gotten out of that deal was to be able to say I screwed "insert asshole political family here" instead of them screwing us as they have for nearly twenty years.
So that was my interesting night, or sort of interesting.  Not a lot goes on in this town, but I was amazed at how busy the courthouse and surrounding area was tonight.  In other news, I can't believe that Rick Santorum  won my state's Republican Primary.  I had thought Newt would have won here.  I voted in the Democratic Primary because of some local races for which I needed to vote for the candidates.  The other things that I cannot understand is that for Chief Justice of the State Supreme Court, the Republicans voted for Roy "the Ten Commandments Judge"  Moore.  First of all, he was the state Chief Justice until he defied a court order about removing that hideous Ten Commandments Monument, and had subsequently been removed from office  for violating federal laws and state ethics codes.  Yet, these dumbass Republicans (sorry if you are a Republican that read this) voted for him again.  I do hope that the Democrats have a viable candidate that can defeat him in the general election.

Joe: Haha, your friend cock-blocked the drunk and clueless guy.

Sounds like a cool evening, and I love the political discourse.