Antigay Hate Groups on the Rise 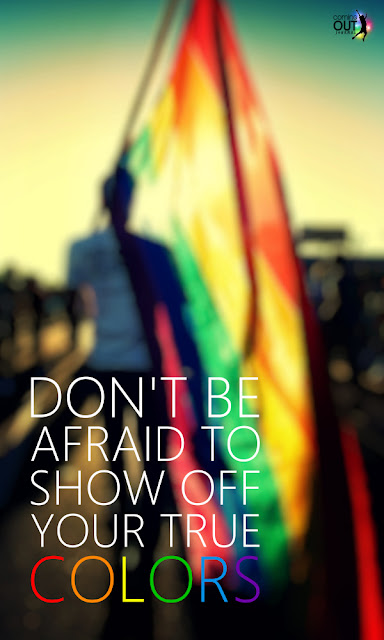 In recent years, the gay rights movement has advanced by leaps and bounds, but there is still much more we need to do. But such remarkable progress has also given rise to more and more homophobic disciplines as noxious and infuriating as the National Organization for Marriage and the Family Research Council—among many others—whom would very much like to force LGBT men and women everywhere back into the closet, which they will of course keep locked in order to protect traditional families from mere heathens like you and me.  And this is something that we cannot take for granted.

So it should come as no surprise that the number of anti-gay hate groups in the United States increased by 60% in the past year from 17 in 2010 to 27 in 2011, according to a recent Intelligence Report from the Southern Poverty Law Center (SPLC). 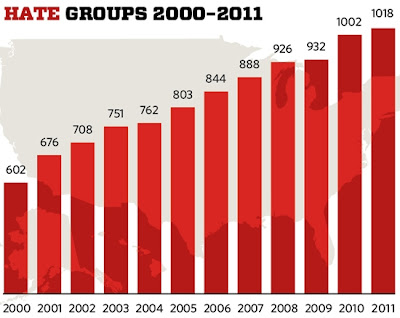 
The LGBT community made significant advances in 2011, with the repeal of the “Don’t Act, Don’t Tell” policy on gay men and lesbians in the military, the growing acceptance of same-sex marriage by Americans and the legalization of such bonds in New York state. But it was precisely these advances that seemed to set off a furious rage on the religious right, with renewed efforts to ban or repeal marriage equality and what seemed to be an intensification of anti-gay propaganda in certain quarters. American Family Association official Bryan Fischer, for instance, said that “gays are Nazis,” claimed that HIV does not cause AIDS but gay men do, and, for good measure, criticized black welfare recipients who “rut like animals.” In another development, most of the religious right groups that started out opposing abortion but moved on to attacking LGBT people have recently begun to adopt anti-Muslim propaganda en masse. The gay-bashing Traditional Values Coalition, for instance, last year redesigned its website to emphasize a new section entitled “Islam vs. the Constitution,” published a report on Shariah law, and joined anti-Shariah conferences. Overall, the number of anti-gay hate groups in the United States rose markedly, going from 17 in 2010 to 27 last year.

'Oh, would some gift the giver give us to see our selves as others see us..." Old Scottish (?) saying I think.

If we could see ourselves as others see us, perhaps we would not enjoy hate as much as we do.

Thanks again for your insight.