What Is Our Authentic Self? 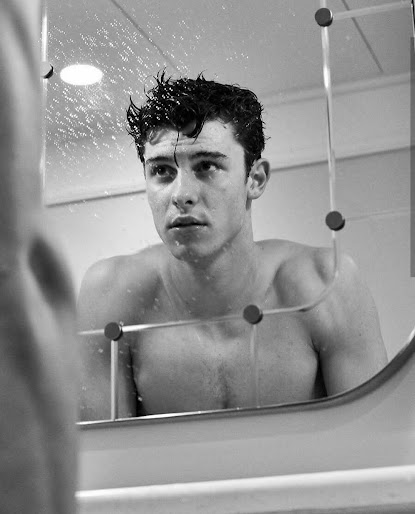 Thou shalt not bear false witness against thy neighbor.

I was trying to come up with an LGBTQ+ Pride topic for this week's Sunday post. I decided to write about being our "authentic self." Isn't that a large part of coming out? We want to be true to ourselves and to stop lying to others about who we really are. "Thou shalt not bear false witness against thy neighbor" is the ninth commandment (the designation varies between religions) of the Ten Commandments. According to the New Testament, Jesus explains that obedience to the prohibition against false testimony from the ten commandments is a requirement for eternal life. According to Jesus, false testimony comes from the sinful desires of the heart and makes people unclean.

Another article Sue Bohlin, a speaker/writer and “webmistress” for Probe Ministries, lays out precisely why so many Christians fear authenticity, “In today’s culture, coming out and admitting you’re gay is applauded as ‘being authentic.’ Claiming you are a man trapped in a woman’s body, or vice versa, is ‘being authentic.’ But refusing to accept such labels means you’re inauthentic.” The Bohlin goes on to say:

More and more Christians are throwing in the towel in their fight against unholy sexual and relational temptations, claiming to follow their “authentic self.” Even worse, a growing number of churches are doing something similar by embracing same-sex marriage. I have a question for them. If God really created them to be gay and blesses that identity today, what will happen a hundred years from today? Will there be homosexuality in heaven? There will be no sex in heaven because the only marriage will be between the Church and the Lamb, the Lord Jesus Christ. If one’s identity is wrapped up in same-sex attractions, as it is by those claiming to be “gay Christians,” who will they be when all sexual and relational brokenness is a thing of the past, a mere memory of earthly life?

I suggest that a believer’s true and real and lasting “authentic self” is all wrapped up in not who we say we are, but who God says we are: His beloved child, redeemed and purified and made holy as He is holy. Chosen, accepted, and included a citizen of heaven and a member of God’s household. Belonging to Jesus because He bought us with His very lifeblood. Sealed with the Spirit, made brand new from the inside out.

There is a MAJOR flaw to her argument. When she says, “A believer’s true and real and lasting “authentic self” is all wrapped up in not who we say we are, but who God says we are,” is her fatal flaw. Our authentic self is who God says we are. Genesis 1:27 says, “So God created man in his own image.” John 1:3 says, “All things were made by him; and without him was not any thing made that was made.” God made us. He made us in his image. Therefore, if we are gay, God is also gay. God is also straight, bisexual, transgender, asexual, etc. He represents all things because he created everything; therefore, he is every part of every aspect of the spectrum of sexuality.

The most significant issue is that most Christians are closed-minded and narrowly focused on their beliefs. They pick and choose what Bible verses they want to follow and ignore those inconvenient for them. For example, they condemn LGBTQ+ people, but they do not condemn divorce of which Jesus does condemn in the Sermon on the Mount. Yet, what is most curious is that if homosexuality was so wrong (an abomination), why did Jesus never mention it, not even once? Furthermore, LGBTQ+ issues are not discussed anywhere by any of the New Testament authors. Yes, there is a verse that is often misinterpreted in Leviticus to condemn homosexuality, but if Christians follow that one verse from Leviticus, then shouldn't they also follow all of the other prohibitions from Leviticus?

Leviticus 18:22 prohibits male same-sex intercourse, and Leviticus 20:13 prescribes the death penalty for violators. But Christians have never lived under the Old Testament law. The Old Testament contains 613 commandments for God’s people to follow. Leviticus includes rules about offerings, clean and unclean foods, diseases, bodily discharges, sexual taboos, and priestly conduct. But the New Testament teaches that Christ’s death and resurrection fulfilled the law, which is why its many rules and regulations have never applied to Christians. Romans 10:4 says, “For Christ is the end of the law for righteousness to every one that believeth.” Colossians 2:13-14 says, “And you, being dead in your sins and the uncircumcision of your flesh, hath he quickened together with him, having forgiven you all trespasses; Blotting out the handwriting of ordinances that was against us, which was contrary to us, and took it out of the way, nailing it to his cross.” Hebrews 8:13 says, “In that he saith, A new covenant [New Testament/Jesus’s Teachings]*, he hath made the first old [Old Testament/Laws of Moses]*. Now that which decayeth and waxeth old is ready to vanish away.”

Even greater than cherry-picking verses from the Bible, many heterosexual Christians often still claim that sexuality is a choice. Because of their close-mindedness, they cannot understand that LGBTQ+ individuals are born this way. They were created by God in his image, in all the various degrees of sexuality. They are often so small-minded that they cannot imagine being born anyway other than cisgender heterosexuals. They do not want to open their minds to God’s true words because then they may have to look at themselves and see their own flaws. The only choice we have about our sexuality is whether or not we choose to be our authentic selves the way God created us.

As members of the LGBTQ+ community, so many of us for so long have been taught to be ashamed of who we are because we do not fit the predominant image and standard profile of acceptable persons. We have been taught to look at ourselves through lenses that cannot see our true beauty and essence as citizens in society, as people of God, and as children of the greater universe. When we look at ourselves, we must try as best we can to see everything there, but this is sometimes hard to do without a genuine desire to take a hard look and see what's there, to view ourselves clearly, squarely, and freely. The beauty and goodness of what we see sometimes give way to the not so beautiful things that we see, say, and do. We must cast aside all fear in taking that honest look if we are to grow into a greater awareness of who we really are and what we can ultimately become as genuine persons of promise and value.