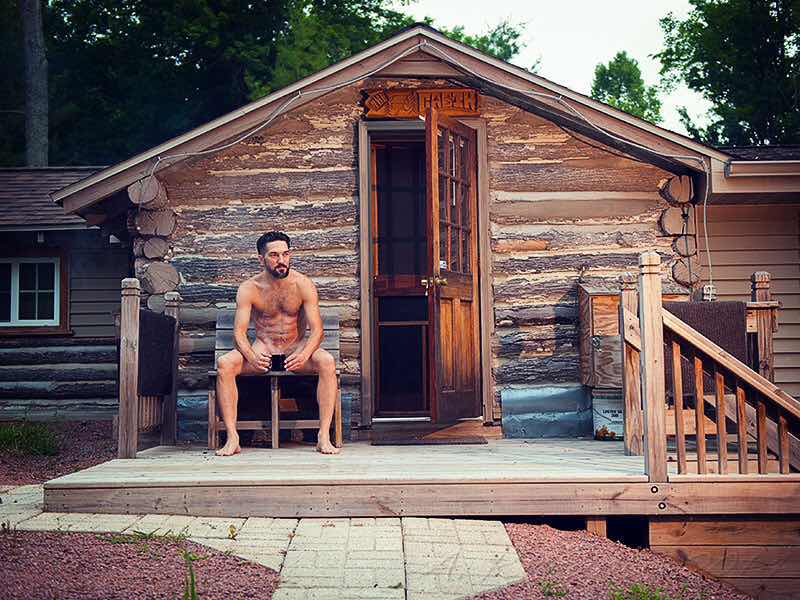 This being human is a guest house.

Every morning a new arrival.

A joy, a depression, a meanness,

as an unexpected visitor.

Welcome and entertain them all!

Even if they’re a crowd of sorrows,

who violently sweep your house

empty of its furniture,

He may be clearing you out

for some new delight.

The dark thought, the shame, the malice,

meet them at the door laughing,

and invite them in.

Be grateful for whoever comes,

because each has been sent

as a guide from beyond.

Cory Muscara is a former monk and bestselling author of Stop Missing Your Life. He has taught Mindful Leadership at Columbia University, is an instructor of Positive Psychology at the University of Pennsylvania, and for the last ten years has offered mindfulness workshops and retreats around the world. Muscara is the host of the top ranked podcast, Practicing Human, host of the mindfulness app and platform, Mindfulness.com, and author of the bestselling book, Stop Missing Your Life: How to Be Deeply Present in an Un-Present World.

I saw him read this poem on Instagram and his soothing voice seemed to make this poem mean so much more. I think it’s a wonderful poem to start off the new year. His comments after the video are also a great analysis of the poem.

Mowlānā Jalāloddin Balkhi, known in Persia as Jalāl ad-Dīn Muhammad Balkhī and in the West as Rumi, was born on September 30, 1207 C. E. in Balkh Province, Afghanistan, on the eastern edge of the Persian Empire. Rumi descended from a long line of Islamic jurists, theologians, and mystics, including his father, who was known by followers of Rumi as "Sultan of the Scholars." When Rumi was still a young man, his father led their family more than 2,000 miles west to avoid the invasion of Genghis Khan's armies. They settled in present-day Turkey, where Rumi lived and wrote most of his life.

As a teenager, Rumi was recognized as a great spirit by the poet and teacher Fariduddin Attar, who gave him a copy of his own Ilahinama (The Book of God). When his father died in 1231, Rumi became head of the madrasah, or spiritual learning community.

Rumi's oldest son, Sultan Velad, managed to save 147 of Rumi's intimate letters, which provide insights about the poet and how he lived. Rumi often involved himself in the lives of his community members, solving disputes and facilitating loans between nobles and students. The letters are described as having lines of poetry scattered throughout.

In 1244, Rumi met Shams Tabriz, who had taken a vow of poverty. Their meeting is considered a central event in Rumi's life, and Rumi believed his real poetry began when he met Shams. They were close friends for about four years. Over the course of that time, Shams was repeatedly driven away by Rumi's jealous disciples, including one of Rumi's sons, Ala al-Din. In December of 1248, Shams again disappeared; it is believed that he was either driven away or killed. Rumi left the madrasah in search of his friend, traveling to Damascus and elsewhere. Eventually, Rumi made peace with his loss, returning to his home.

Rumi's mourning for the loss of his friend led to the outpouring of more than 40,000 lyric verses, including odes, eulogies, quatrains, and other styles of Eastern-Islamic poetry. The resulting collection, Divan-e Shams-e Tabrizi or The Works of Shams Tabriz, is considered one of Rumi's masterpieces and one of the greatest works of Persian literature.

For the last twelve years of his life, beginning in 1262, Rumi dictated a single, six-volume poem to his scribe, Husam Chelebi. The resulting masterwork, the Masnavi-ye Ma'navi (Spiritual Verses), consists of sixty-four thousand lines, and is considered Rumi's most personal work of spiritual teaching. Rumi described the Masnavias "the roots of the roots of the roots of the (Islamic) Religion," and the text has come to be regarded by some Sufis as the Persian-language Koran.

In his introduction to an English edition of Spiritual Verses, translator Alan Williams wrote: "Rumi is both a poet and a mystic, but he is a teacher first, trying to communicate what he knows to his audience. Like all good teachers, he trusts that ultimately, when the means to go any further fail him and his voice falls silent, his students will have learnt to understand on their own."

Rumi fell ill and died on December 17, 1273 C. E., in Konya, Turkey. His remains were interred adjacent to his father's, and the Yeşil Türbe (Green Tomb) was erected above their final resting place. Now the Mevlâna museum, the site includes a mosque, dance hall, and dervish living quarters. Thousands of visitors, of all faiths, visit his tomb each month, honoring the poet of legendary spiritual understanding.

"Never lose hope, my heart, miracles are brewing in the invisible. " Rumi

Hi
May you have good health and success in finding a new place to live.
May I suggest as a person with Persian and urdu background that you read Rumi or Hafez or Khayyam with transllation in English by a native Persia speaker or a proficient persian speaker - lke Nader Khalili, Maryam Mafi or even Dick Davis? Coleman Bark's translation though itself is poetic but it as far removed from the original as Edward Fitzgerald - The Rubaiyyat of Omar Khayyam.
Pleae consider my suggestion.
Javed