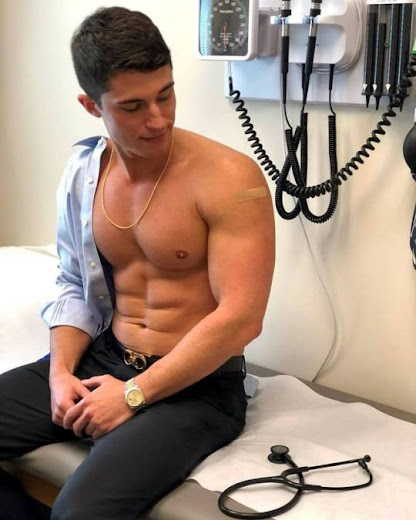 Yesterday, I had my first COVID vaccine shot (Pfizer, if you’re wondering—I have faith in the Pfizer vaccine. They made Viagra after all. If they can raise the dead…they can save the living. 🤣). I got my vaccine at Kinney Drugs here in Vermont. It was so incredibly disorganized. I had been in a CVS the other day, which is also giving the vaccine. CVS was much more organized with a table just as you walk in to check people in and then a little cordoned-off place to give the shot. At Kinney Drugs, I had to ask someone where to go, and they directed me to the pharmacy counter. Once I made my way to the counter, I then stood in line forever, although there were only two people in front of me, and one of them was only transferring a prescription from Walgreens. Once I finally got to the front of the line, they took down again all the information I had filled out to get the appointment in the first place. My appointment was at 11:30, and it took about 20 minutes just to get checked in. I spent another 20 minutes waiting to be called back for the vaccine. Once I got the vaccine, I was given a 15 minute time to sit and wait to see if any side effects appeared. Once the timer went off, I was free to leave.

The vaccine shot was a bit more painful than a flu vaccine, but probably not as bad as the pneumonia vaccine. It was nowhere near as painful as the Emgality shots I used to take for my migraines. I did feel a bit flushed afterward for a few minutes. My face felt hot, and so did my arm, but it only lasted a few minutes. So far, I have experienced no other side effects. My arm wasn’t even sore last night unless I pressed on it. I am scheduled to take my second shot on April 15 and will be considered fully vaccinated two weeks later, on April 29. At least I know what to expect next time. I know this process was much better than the hours my parents sat in their car waiting in line for four or five hours to get their shots.

I also had to get my weekly COVID test for my university, which has become a pretty routine thing at this point. We just walk in and register, which involved giving our name and showing that we have the all-clear email from the university’s daily screening system. We then walk to a table where we are told to remove our masks and blow our nose. Then we put our masks back on, sanitize our hands, and move to the next available testing table. We are given a vial with our name and information on it and a cotton swab. We then move to the end of the table, take off our mask, swirl the swab around each nostril five times, and put it in the vial. Then we put our masks back on and once again sanitize our hands before leaving. I should receive my results sometime tomorrow.

It was a busy day, not just because I got the COVID vaccine and test. Wednesday night, the tooth that I had the root canal began to hurt worse than it had been hurting. It’s always been sensitive since the root canal, but it had started to be painful in the last several days, in addition to being sensitive. I called my dentist’s office, and at first, they just prescribed an antibiotic and set up an appointment for April 1. Luckily, they called back because they had a cancellation and could get me in at 3:15. I took the appointment right away. He took an x-ray and tapped around on my teeth and did some bite tests. He believes a crack in that tooth that would not show up in an x-ray is causing a recurring infection there. I discussed with him my trigeminal neuralgia diagnosis from my neurologist and what prescriptions I am on for that. He believes the tooth is aggravating my trigeminal nerve and that I don’t have full-blown trigeminal neuralgia. He said that if there is improvement after taking the antibiotic, he believes the tooth may be a significant part, if not the primary cause, of the pain I’ve been experiencing on the right side of my head. He said if the pain lessens in the tooth, he wants to extract the tooth in hopes that it will relieve the pain.

I messaged my neurologist with what my dentist said, and I am waiting to hear back from her. She and I had discussed the tooth being the cause of the trigeminal neuralgia and what started this pain in the first place. I hope that she and my dentist can get to the bottom of this nerve and tooth pain. I desperately need relief. I have seen very little relief from the medicine prescribed for the trigeminal neuralgia, and the pain has been pretty constant. Since this whole thing began back in November of last year, the pain has always felt different from migraine pain, but it all started at the same time this tooth became abscessed. Now, I have to wait for what my neurologist says and if the antibiotic causes any improvement.

Congratulations! In MA I can qualify to get vaccinated starting April 19th. I am looking forward to getting everyone vaccinated and putting this chapter behind us.

I have my first vaccine scheduled for April 16. I tried to get it at school this week when the health department came, but they wouldn’t let me since it had not been 90 days since I had Covid. They were great, though, and scheduled me an appointment. I’m praying for no pain or side effects. I’m a big baby about shots! LOL

BosGuy, Gov. Scott has sped up the time table for eligibility in VT. We started out very slowly because we’re a small state and we didn’t not get a large allotment of vaccines. Thankfully, that has changed with more vaccines available. Everyone 16+ will be eligible on April 19th. Each week they are lowering the eligible age by ten years. I was only able to get mine now because of my diabetes.

Cody, I’m glad you’ll be getting yours soon. I have heard from some people that the shot was painful and others that it barely hurt. I think it may have to do with the skill of the person giving the shot. Currently, my arm is hurting quite a bit more, but the pain is manageable. I hope all goes well for you. I think it also depends on which vaccine you receive. Pfizer seems to have the least side effects. I’ve heard from my dentist that they took Moderna and everyone had either mild flu symptoms or a headache, but most of that came with the second shot.

Good news for you having your first shot of vaccine.

I had my first shot of Pfizer vaccine on March 12 and already have my second shot scheduled for July 2.

No side effects except a small arm soring for two days. Nothing to stop me to have a good night sleep.

After 14 days, the immunity is now in place at 90%.
Even then, I maintain putting my mask, wash my hands and remain at a social distance of 2m here in Canada.

Anyway my only trips out is to go to the grocery.

Yup, I think that every blogger has announced as having or about to have shots. My wife and I had our 1st a week ago.
But, Joe, I am so sad about the pain and anguish the tooth has been and is causing. That's very concerning news. Please keep us all updated, and here's hoping for relief, Roderick

That's Dr Tyler Hendricks! Oh I wish he'd give me a covid shot.

And a VERY thorough exam. Teehee.

My real doctor says that I can wait until I am eligible. She doesn't like the Johnson and Johnson version.

What a desire to be a thirst trap.