Take Back the Conversation 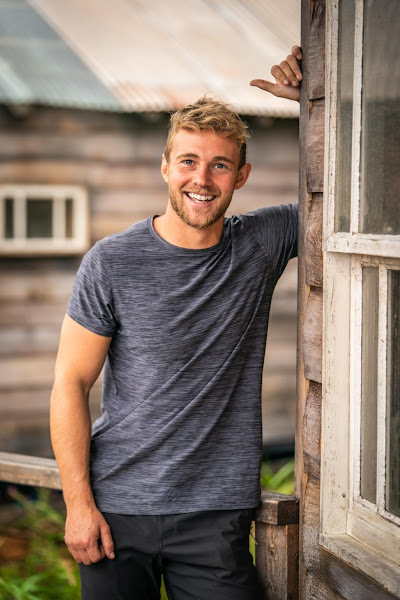 He who does not love does not know God, for God is love.

When I began accepting my sexuality, I did what I think many of those raised in a strict Christian environment did; I read everything I could about homosexuality in the Bible. I soon began to look at the deeper analyses of the original text of the Bible and the context surrounding the texts used to condemn homosexuality. I learned that the New Testament had nothing in it that condemned being gay and that there were many mistranslations of the Bible. As I historian, I began to study the Old Testament passages such as Leviticus 18:22 and Leviticus 20:13. Why were those passages in the Old Testament? Historically, civilizations, such as the Ancient Hebrews who were most concerned about population growth, condemned homosexuality. The laws of Leviticus mainly pertain to issues to promote health and population growth. Per-Christian civilizations, such as Ancient Greece who had a greater acceptance of homosexual practices, did not worry as much about population growth, and often had people to spare and colonized surrounding lands.

I did not face the real issue (my own acceptance of myself) because I was too worried about what others would think of me. The perception of others caused a great deal of fear, depression, and hiding, and it took me years to change my thinking about that. I let other people lock me in a closet. Eventually, it took moving 1,400 miles from my family to a state where I made friends who accepted me unconditionally, before I could accept myself and stop worrying so much about what others thought. I realized that I shouldn’t have let other people set the rules of my sexuality and life. Not only that, I would never be able to change the minds of people like my mother, even if I possessed the perfect argument. Maybe one day, if I find a partner, my family will change their mind and accept me for the way God created me. But, I doubt it.

I no longer have to ask myself: “How do I explain my faith and my sexuality to people?” “How do I justify being gay?” I was raised in the Church of Christ, a church that believed their way was the ONLY way. All others who were not members of the Church of Christ were destined for Hell. The issue I had with that is I knew people who were very good people, like my maternal grandfather, who was not a member of the Church of Christ but a Baptist. I could never believe that he was going to Hell just because he did not belong to a particular congregation. It was more about if you were a good person, not the church you belonged to. Also, billions of people live on this earth who are not Christian but are good people, and billions have lived through history that never even heard of Christianity. Surely God did not mean that all of them went to Hell. I realized that there isn’t just one way to be a Christian, nor is Christianity the only path to salvation. The Bible does not have a monopoly on morality, and there are many different interpretations of the Bible. Throughout the centuries, in other countries, and in all of the various churches, there is a diversity of beliefs, thoughts, and practices that fall under Christianity's very large banner.

We don’t have to defend ourselves against the hatred of those who pervert the meaning of the Bible. They are making the best argument against their own beliefs when they show their hatred, ignorance, and disgust because at the same time they ignore 1 John 4:8, “He who does not love does not know God, for God is love.” He who does not love does not know God: nine essential words that hold the essence of all the 783,137 that comprise the Bible. We don’t have to allow other people to set the limits of conversation or define acceptable discourse. We can simply walk away when the conversation makes us uncomfortable knowing our righteousness. We can prioritize our emotional and mental health over and above answering every question asked of us. “God is love, and your hate-filled beliefs go against God” is an acceptable answer in my book. It’s all that needs to be said, if you choose to say anything at all.

We also have the option to change the conversation to one about love and acceptance. Instead of letting someone else define how the conversation goes, we can tell them how our faith makes us feel, how it gives us life, and how it changes the way we live. Tell a story of how God has deepened your faith because of being gay. I know I understand my faith a lot more since I began studying the scriptures instead of just listening to a preacher every Sunday. The story of the Bible is our story, too. No one gets to define our faith for us. Our relationship with God is a personal relationship that no one can define for us. Religious leaders want to define that relationship because that gives them power over you and others. They are just men. They don’t have any relationship with God that is more special than your relationship with God.

Most anti-LGBTQ+ religious leaders will likely never understand or change, even if God appeared in a giant glowing light and told them they were wrong. Recently, the Family Research Council, an anti-LGBTQ+ hate group that serves as the lobbying arm of the religious right, describes LGBTQ+ people as “unnatural” and “immoral” in a message to supporters. They reminded recipients at the beginning of the message of a Bible verse that commands followers to kill gay people. David Closson, FRC’s Director of Christian Ethics and Biblical Worldview said, “The apostle Paul explains that humanity has rejected God, exchanging the truth about Him and the things He created for a lie.” Sadly, he is likely never to realize that Paul spoke of people like him who have rejected God’s unconditional love. Groups like the FRC and others like them are likely to ramp up their hateful rhetoric as the Equality Act is discussed more. They will become apoplectic if it passes. However, it’s time we stop allowing these people to control the conversation. It’s time we start telling our own stories in our own way.

I found your posting interesting and reaffirming. I did much the same as you did to feel better about my being gay. Then I realized it is about self acceptance. Finally about self love. and then the flood gates are open to being whole in the world and accepting and loving others. Christianity is not the only way to a good life. A good person finds it as well with or without religion.

In the ancient world like in the Bible times and like in Greek or Roman times, homosexuality wasn't seen as the same as today's life.

The «homosexual» practices were like in the ancient Greeks a form of educating young men to a full sexual life. Being in contact with a older man was usual in a teenager's education.

When religion came in the lives of those early christians, the survival of the people was imperative and then they condamned homo practices. I'm sure there were some who did it anyway for cultural reasons.

If I compare to even actual Muslims and it was surely the same for centuries as that religion didn't evolve since, Muslim's men are «using» their women to preserve and spread their population all over the world. Now, when it comes to have fun, sexual fun, Muslim's men are meeting themselves and they don't have any issues about it.
Why I can say it?
It's because I dated many Muslim's men, slept with many too, and they were enjoying sex with men. Women are only there to take care of the children and even them and the house.
Also, I have a friend of mine who is teaching English literature in a Istanbul university and told me that it was that way Muslim's men were living. Women for children and men for having fun.

So, as Hebrew were in the same spirit than Arab Muslims they might have the same way of life then.
What is quite revealing isn't that Jesus was followed by 12 disciples ?
The same as in Muslim religious practice, only men gather in the mosque and women are in another room.

So debating of how homosexuality can be accepted by any religion is very touchy as under cover many are having homo-practices in many ways.

As a Catholic non practicing though, I know how men are ruling our church and that women are religated in a second place. No women are priests in Catholic Roman church.
Not mentionning the full debate on priest marriage that questionned the fondamental sexual practices of the priests that often went on homosexual acts to serve their natural needs.
The worst were those who went in pedophilia.

Religion is just a face up and a screen to not see that homosexuality was always there in human life.