Coincidence, I Think NOT! 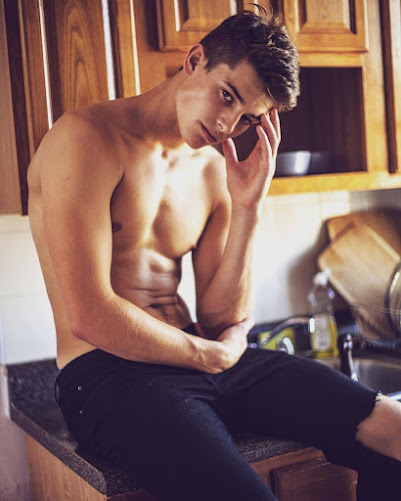 Images of the CPAC stage went viral this weekend as many noted a resemblance to the Odal or Othala rune, a symbol emblazoned on some Nazi uniforms. The main stage's floor layout resembled the Odal rune with wings/feet, which led to speculation on social media that CPAC deliberately chose this particular design. The Anti-Defamation League classified the insignia as a hate symbol adopted by modern-day white supremacists. As someone who organizes public programs as part of my job, I can tell you that no aspect of an event is unintentional, especially designing a stage for such a venue. I have no doubt that CPAC organizers chose this shape for a particular purpose. They were sending a message of support for the extreme right. The Odal Rune is a well-known symbol of Neo-Nazis and white supremacists. In November 2016, the American National Socialist Movement's leadership announced their intention to replace the Nazi-pattern swastika with the Odal rune on their uniforms and party regalia in an attempt to enter mainstream politics. This symbol was purposely chosen by National Socialist Movement's leadership because it is a lesser-known symbol of Neo-Nazism. I find it hard to believe that the design of the CPAC stage was coincidentally shaped like the symbol of the National Socialist Movement when the Right is well-known for subtle nods to the most extreme of their ideology.

Matt Schlapp, chair of the American Conservative Union, the organizer of CPAC, said on Saturday in a tweet that comparisons were “outrageous and slanderous.” This is a typical response of the right when they are caught using symbols or statements as coded messaging for their more extreme elements. Schlapp continued saying, “We have a long-standing commitment to the Jewish community. Cancel culture extremists must address antisemitism within their own ranks. CPAC proudly stands with our Jewish allies, including those speaking from this stage.” This is the equivalent of, “I can’t be racist, I have black friends” or “I’m not homophobic, I know gay people.” Conservatives use this type of language all the time. The former president similar tactics all the time when he would voice his support of groups like QAnon or the Proud Boys and then claim he didn’t really know anything about such groups. Coded messages to extremists have been used by Republicans for decades to hide in plain sight their support of the discrimination of various groups.

This year's CPAC theme was "America Uncanceled," reflecting their obsessive use of the term "cancel culture." Conservative media like Fox News use "cancel culture" as an attack on progressives by accusing them of silencing and banishing anyone with whom they disagree to a politically correct Hell. The Right fails to perceive the irony and hypocrisy (something they seem immune to) of arguing that Democrats invented “cancel culture,” when in reality, the Right perpetuated this political tactic to its radical extreme. Republicans live in a culture that cancels anyone and everyone who does not look like them, believe like them, think like them, walk like them, talk like them, love like them, present themselves like them, lie like them, invent and promote conspiracy theories like them, and rejects the Constitution like them. "Cancel culture" is a term the Right coined to organize its minions against progressive policies and actions. It is a term that is meant to justify continuing its oppression and dominance against those of us and our movement(s) attempting to end the forms of oppression and provide more equality and equity. In other words, “Cancel culture” is meant to give the Right justification in its continuing promotion of racism, sexism, homophobia, ableism, xenophobia, patriarchal Christian white supremacy, and all other forms of oppression. It is a term of intimidation and resistance to progressive social change.

CPAC's goals of oppression was never more evident than in its use of the Odal rune for the design of the CPAC stage, but it's not just that they used something similar to the Odal rune, it's that they used the Nazi interpretation of that symbol. The rendition of the rune used for the CPAC stage with wings/feet was the badge of the SS Race and Settlement Main Office, which was responsible for maintaining the racial purity of the Nazi Schutzstaffel (SS). It was also the emblem of ethnic Germans of the 7th SS Volunteer Mountain Division Prinz Eugen operating during World War II in the Nazi Germany-sponsored Independent State of Croatia. In addition to the National Socialist Movement in the United States, this rendition is used by Neo-Nazis in Germany and South Africa and by Italian neo-fascists. This particular rendition has no historical significance outside of Nazi Germany. Because of its Nazi associations, Germany’s Strafgesetzbuch (Criminal Code) 86a bans any usage of the Odal rune as with most other symbols if used in a Neo-Nazi context.

We have to be vigilant in calling out the coded messages to extremists that are constantly used by the Right. Sometimes, the Right does not code their hatred, and other times they do. We cannot let them get away with this extremism and their support of racism, sexism, homophobia, ableism, xenophobia, patriarchal Christian white supremacy, and all other forms of oppression. The problem must be rooted out, and we need to work to vote out all those who even marginally support such behavior.

Very interesting and frightening too.
The rise of such a radical ultra right conservative ideology is very dangerous and seems that those leaders as Trump, Cruz, Hawley etc are using these ideologies to push them forward to gain money and even regain the power of the office, Senate and Congress.

People of USA, you have to be more vigilant because those are such dangerous ideas to shake the core of your democracy. Seen earlier on January 6 and even before when the «clown in chief» said even before the election that if he loses, it means that the election was riggend.

What is more outrageous, is that those who claim about a rigged election is rigging it themselves for decades making difficult for minorities, black and latino to cast their votes.
They are now trying to pass some laws on election restriction in some «Republican» states.

Seeing all this from a Canadian point of view, it's like looking to a bad horror movie where evil is winning over the good elements.

Here, we would never permit such ultra right racist movements.
Last month, the Proud Boys were branded as «extremist terrorist» group in Canada and our RCMP and secret services are investigating to find their people here in Canada, seize their belongings, bank accounts and get them in court to be judged and maybe put in prison.

We have no patience or tolerance for those kind of extremist here.

USA's democracy is in danger.

PS. I'm looking to the serie «Lincoln, Divided We Are» on CNN and it's so reveiling of the dept of racism in your politics. So imbeded in the subconscience of many white people that even centuries after, black people are still stuggling to make their rights and liberties be acknowkledge and main stream.
Not surprising that in many states the rights of the LGBTQ community is still facing lot of opposition. In regard of the path of the black aspirations, LGBTQ rights aren't achieving it even with was done in the past years.