The Importance of Studying History 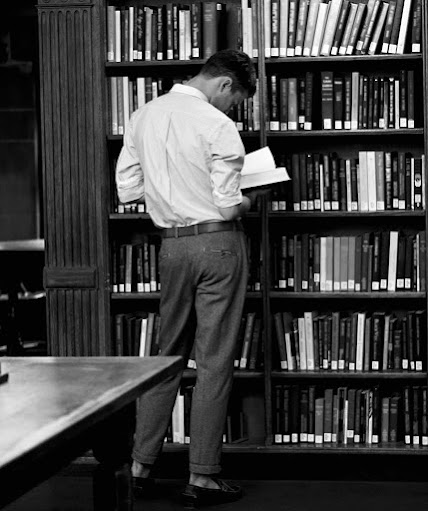 And by that destiny to perform an act

Whereof what's past is prologue, what to come

In yours and my discharge.

“What is past is prologue" is a phrase from The Tempest, Act 2, Scene I inscribed on Future (1935, Robert Aitken) located on the northeast corner of the National Archives Building in Washington, D.C. In The Tempest, Antonio uses this phrase to suggest that all that has happened before that time, the "past," has led Sebastian and himself to this opportunity to do what they are about to do: commit murder. In the context of the preceding and next lines, "And by that destiny to perform an act, whereof what's past is prologue; what to come, In yours and my discharge," Antonio is, in essence, rationalizing to Sebastian and the audience that he and Sebastian are fated to act by all that has led up to that moment, the past has set the stage for their next act, as a prologue does in a play. When people quote the phrase “what's past is prologue,” such as when it was inscribed on Future, the phrase means that everything up until now has merely set the stage for us to make our own destinies.

The second episode of Star Trek: Deep Space Nine is titled “Past Prologue.” In this episode, there is a moral dilemma for Major Kira where she has to confront her loyalty to her past life and what her new life is going to be. Kira had been a Bajoran terrorist/freedom fighter who had done many things in her past that were morally questionable, but she believed they were for the greater good to force the Cardassians to end their brutal occupation of Bajor. When a terrorist and former ally of Kira attempts to rid Bajor of the Federation for good, he tests Kira's loyalties to the Federation, which is her new life. It is here that Kira must make a choice: will she let her past rule her future, or will she use what she has learned from her past to create a better future?

Whether personal or the greater history of humanity, our history can teach us how the complexities and continuities of the past teach us that progress is possible but not inevitable. The lessons of history teach us the lives of individuals, the choices they made, the values they embodied, the risks they took, the challenges they sometimes overcame. This is known as historical empathy, which many historians believe is the ultimate goal of the study and teaching of history, even more so than historical objectivity. When I was in graduate school, my professors always stressed objectivity as the history profession's highest goal, but this has begun to change in recent years. While objectivity is a noble goal, some historians believe it is impossible to achieve, and instead believe that historical empathy is more important. I think the two work hand in hand and are equally important.

As we study history, we encounter a vast array of people who thought, spoke, and acted in ways that are foreign to us. The world and culture to which we are accustomed are unique. Simply judging another's thoughts, words, and actions based upon our cultural norms shows a lack of empathy for their way of life. It often indicates a lack of objectivity if we go into research trying to prove a particular perspective. Developing historical empathy is perhaps the most difficult but one of the most important skills we learn as a student of history. To empathize with the past of the people, we must first work out what motivated historical figures.

The study of history requires us to articulate the reasons people, groups, or cultures acted the way they did. What did they want? What did they hate? What did they think was important? What did they want changed? History teaches that individuals make things happen and that achieving important victories requires wisdom, good judgment, courage, and persistence. History teaches that when faced with evil, good people must stand up for the good; otherwise, we will be in trouble. However, we must also understand what motivated those who stood up for good and those who stood up for evil. Understanding those motivations can help us understand our present and how we can make changes for the good of all humanity.

Wright State University in Dayton, Ohio, plans to terminate up to 113 faculty positions, including as many as 49 positions in the College of Liberal Arts. While many colleges and universities are streamlining liberal arts education and focusing on more "marketable skills" or “practical” disciplines such as the sciences and professional training, Wright State seems to be moving in this direction more than other colleges. Sadly, the liberal arts are suffering from the consequences of a culture war, where the humanities and the social sciences are seen as ideologically driven. As we have seen during the pandemic and the climate change crisis, science is also being derided by conservatives as ideologically motivated instead of driven by facts and research. Conservatives abhor educated individuals because they are less likely to be swayed by the Right's faulty logic. They can more easily prey on the fears of the uneducated by telling them that their rights are being infringed upon by granting more freedoms and rights to minorities. For instance, Rep. Lauren Boebert (R-CO) recently accused Democrats of trying to rig the voting system, including attempting “to use taxpayer dollars to establish aggressive voter recruitment programs at leftist training camps — otherwise known as colleges and universities.”

No matter a student's major, the study of history helps develop a deep respect for different societies and cultures. This recognition teaches students to respect regional and national differences to make them more socially aware and sensitive to other cultures. Significant accomplishments and change are never achieved without setbacks and the wisdom to make course corrections in one's original strategy. History teaches that if great institutions are to survive and grow, they must balance preserving the core values that enabled past success while evolving and adapting to changing circumstances. The study of history prepares students to understand and meet the challenges of a complex and evolving world. History majors learn that the future is uncertain and unpredictable, including their future professional and life trajectory. History majors make important professional contributions in diverse fields, showing how the transformative power of a liberal arts education creates a better world. History majors can be found working at the FBI in counterintelligence and counterterrorism, helping to preserve the nation's freedom; in law firms around the country, upholding the rule of law; at the Library of Congress, the research arm of Congress; as public historians, helping to preserve the nation's history; and perhaps most importantly, in schools and museums, helping to educate our children and secure the nation's future. These professions outside of historians' perceived role merely scratch the surface of what history majors contribute to our nation and the world.

Historical empathy in contrast to historical objectivity neatly expresses what I've been thinking about some of the recent assaults on the honoring of various figures in our history, such as Wilson, Lincoln, Jackson Jefferson, Washington, Serra, and Columbus. The way I see it we need to see them in the context of their times, which historical empathy helps us to do. Perhaps in some cases we'll see them as bad guys among their peers; in others, we may see them as good guys among their peers. But we won't make what I consider the mistake of letting any flaw in their behavior outweigh important good they did.

Naturgesetz, I agree, we do need to understand historical figures in the context of their own times. While I think most of the historical figures you mention, should be considered for the time they lived. For instance, Woodrow Wilson grew up in the South, and as a young boy saw Jefferson Davis paraded through the streets in chains. It had to leave an impression on him, but his ideas for his 14 Points and his desire to make the world a better place outweigh many of the negative issues about him. However, I do not find Andrew Jackson redeemable in any way. His treatment of Native Americans and political opponents was atrocious even by the standards of his time. I'm not sure I ever read of any good that Jackson did. I think historical empathy is very important, and the definition of it is something I always considered part of objectivity. However, I do strongly believe that history should not be written in a way that ignores evidence contrary to your thesis. We must remain objective and consider all of the facts, whether we like them or not. If we do, we do a disservice to history, and we have no possibility of historical empathy. The history profession must remain both objective and empathetic.