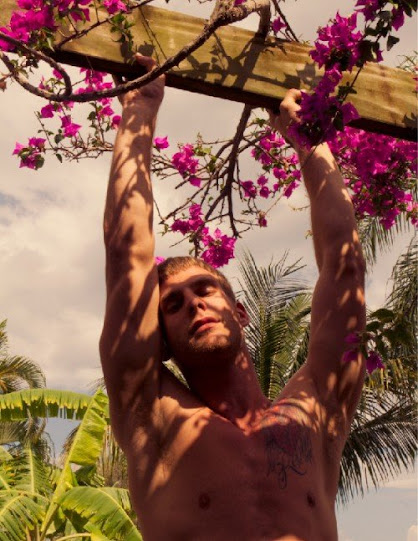 I hoped for you before -

Put down your Hat -

You must have walked -

How out of Breath you are -

Dear March, how are you, and the Rest -

Did you leave Nature well -

I have so much to tell -

I got your Letter, and the Birds -

The Maples never knew that you were coming -

I declare - how Red their Faces grew -

But March, forgive me -

And all those Hills you left for me to Hue -

There was no Purple suitable -

You took it all with you -

Who knocks? That April -

I will not be pursued -

He stayed away a Year to call

When I am occupied -

But trifles look so trivial

As soon as you have come

That blame is just as dear as Praise

And Praise as mere as Blame –

“Dear March, Come In” is Emily Dickinson’s eloquent greeting to the season of Spring during the month of March. By personifying the season, Dickinson reminds us that we have anticipated spring each day of the long and infinite winter we have just experienced. She reminds the reader that Spring is on its way and will likely be out of breath when it arrives.

The beginning of spring means the blossoming of life anew. Dickinson describes the renewed life that comes with spring. Dickinson for many years lived as a recluse withdrawing from society. Like her Transcendentalists contemporaries, she shows us that she does not need to leave her seclusion to understand the meaning and the elements of life. Through her garden, Dickinson realized her need to stay in contact with nature. The poem discusses her feeling of welcoming nature in her front doors. However, like life nature can arrive without any signs or warnings, and it can disappear just as easily.

At the end of the poem, Dickinson describes how she does not want April to arrive. Although she never gives the reason for having such feelings, we can infer that she does not want to lose contact between herself and the beginning of life. Sooner or later, May will arrive and after a few months, winter will creep back up and the nature of the world will return to the dreariness and cold of the winter months. Time marches on, but Dickinson doesn’t want the renewal of March to end.

Alas, I have never cared for Emily Dickinson - her verse has never resonated with me. But much more importantly, how are you? What happened at your clinic appointment? I am concerned that you have given us no word on what the prognosis is? Roderick

Roderick, I have always enjoyed Dickinson, especially once I learned in college that nearly all of her poems can be sang to the tune of the Theme Song to Gilligan's Island, The Yellow Rose of Texas, or the Battle Hymn of the Republic. I wish I had known this in high school as it would have made it much easier to memorize "Because I Could Not Stop for Death."

But, that is not what you really wanted to know. I haven't said anything about my prognosis because I am still processing it. Because the indomethacin caused very little improvement, she thinks that I probably do not have hemicranial continua, and that it is more likely trigeminal neuralgia (TN) caused by my access tooth and subsequent root canal. (She did not indicate that my dentist did anything wrong, but it just happens sometimes.) She took me off the indomethacin, because it wasn't helping and the potential longterm side effects are just not worth the risk. Instead, she put me on an anti-seizure medicine, Tegretol, which is used to treat nerve conditions such as TN. I have to take the new medicine before bed as it causes drowsiness. I slept very well last night, but was groggier then usual when I woke up. It took about an hour or so for that to wear off. However, I am currently headache free, so we will see how this goes. She said it could take some time for us to get the correct dose, as there is some flexibility according to how I react to it.

As for the Botox, it went as usual. I am still a little sore from some of the injection sites, but overall, it was not too bad. It's only uncomfortable for a few minutes when it is done and then some discomfort later when anything touches those injection sites. Most signs of the injections are now gone. I'll have the next set of injections in June when I will also have some bloodwork done to check the levels of this new medicine in my body. She said to contact her if I had any questions.

I told her that I was afraid they would eventually just say, "I'm sorry, there is just nothing we can do to help you." I've suffered from these headaches for so long, that I get depressed when things aren't effective, but she assured me that they will never give up, and they will get this under control. I trust her to do so.

Thanks for checking on me. I wanted to do an update on my visit to the Headache Clinic, but I just wasn't sure what to say. By the looks of this response, I guess I should not have been worried, LOL.

The fact that you were headache free when your wrote and that hopefully you still are when you read this makes me very happy. That your specialist seems to know her stuff is also encouraging. Please keep us informed. As ever, dear friend, Roderick

Ah spring. As a native New Englander, I think the late Ms Dickinson was being far too optimistic.

Or, to put it another way, I'm not sold on the return of warmer weather until late April.

Coop, today and yesterday give me hope that she knew what she was talking about with highs in the 50s and lows in the 40s. Alas, ti won't last long, and I'm sure she knew this as well. Here in Vermont, our snow usually isn't gone until sometime in May.