Homophobia Associated with Penis Arousal to Male on Male Sex 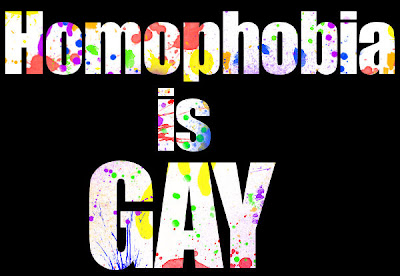 
The authors investigated the role of homosexual arousal in exclusively heterosexual men who admitted negative affect toward homosexual individuals. Participants consisted of a group of homophobic men and a group of nonhomophobic men; they were assigned to groups on the basis of their scores on the Index of Homophobia (W. W. Hudson & W. A. Ricketts, 1980). The men were exposed to sexually explicit erotic stimuli consisting of heterosexual, male homosexual, and lesbian videotapes, and changes in penile circumference were monitored. They also completed an Aggression Questionnaire (A. H. Buss & M. Perry, 1992). Both groups exhibited increases in penile circumference to the heterosexual and female homosexual videos. Only the homophobic men showed an increase in penile erection to male homosexual stimuli. The groups did not differ in aggression. Homophobia is apparently associated with homosexual arousal that the homophobic individual is either unaware of or denies.

You can read the full study here (pdf file).  Henry E. Adams, Lester W. Wright, Jr., and Bethany A. Lohr of the University of Georgia make an interesting argument.  Even a man who thought that women want to have sex with their fathers and that women spend much of their lives distraught because they lack a penis is right sometimes. This person, the legend that is Sigmund Freud, theorized that people often have the most hateful and negative attitudes towards things they secretly crave, but feel that they shouldn't have. If Freud is right, then perhaps men who are the most opposed to male homosexuality have particularly strong  homosexual urges for other men.

How do you feel about this study?

If you would like to read more about this study, you can check out my suggested readings by clicking “Read More” below.

It's hard not to laugh and say "thanks for pointing out the obvious" but honestly, if this is a well vetted study, then we need to be sending it in plain English to the hate groups. Let them try to weasel their way out of the science (not that any of them could read it...the knuckledraggers being what they are).

i read about this study on another blog and was just shaking my head i mean it kind of said that the guys shouting the most hate were men fighting their own demons and i agree with what Jay said send this info to the hate groups and see if they can explain it.

Jay and Becca, I was thinking how to answer your comments, and when I was done, it would have been a much longer response than I usually give for a comment, so I've decided that I will give voice to your comments and look at some of the origins of bigotry in tomorrows post.