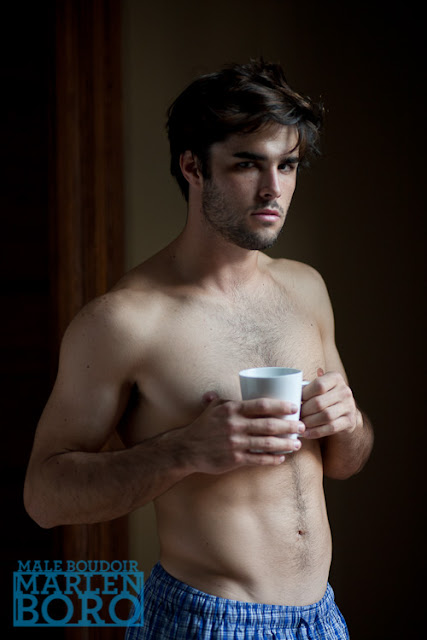 Taking a bit of a break today, so get your cup of coffee and join me.  Truth be told, I sort of came up blank with an idea for a post today, so I just thought I would add this hot picture from Marlen Boro (NSFW).

If you want to know more about Marlen Boro or the model above, click "read more" below.


So here is a little about the photographer.


Marlen Boro was born during the magical seventies and in a magical land called North Dakota.  He remained in this land throughout his youth, enjoying a wholesome, idyllic childhood shaped by conservative Lutheranism, regular family meals with his parents and brothers, and hefty doses of Disney musicals.  When he was 10, his father gave him his own camera.  He enthusiastically embraced photography, a practice that complemented a more general enchantment with the arts.
Upon graduating from high school, Marlen left North Dakota for rural Ohio, where he spent four glorious years studying political philosophy at Kenyon College.  During his time at this liberal bastion for the liberal arts, he enjoyed a brief flirtation with communism, but abandoned it when he realized that he really didn’t like to share.
Marlen eventually settled in Minneapolis, Minnesota after a stint in Ann Arbor, Michigan, where he earned his J.D.  After a number of years practicing corporate law at prestigious firms, he began to question some of the priorities he had absorbed in law school.  At the same time, he began to experience a resurgence of his love for art and photography.  As his collection of cameras and equipment grew, his commitment to the stressful lifestyle of a full-time corporate attorney waned.  Today, though he still practices law (primarily as an advisor to other photographers), photography is his main focus.
Marlen’s photography reflects his lifelong quirky sense of humor and impossible-to-squelch delight in the world.  He is masterful at bringing out not only sultry shadows and the astonishing beauty of the male body, but also genuine smiles, infectious smirks, spontaneous grins, and other moments of unguarded authenticity.  He encourages his clients to be simultaneously sexual and playful.  Unapologetic about being gay, Marlen encourages his clients, whether gay or straight, to find joy in themselves and their sexuality.  Marlen’s imaginative, playful approach to photography sometimes manifests itself in coats of glitter, in stretched pairs of ladies’ underwear, or dime-store bunny ears.
In short, Marlen combines top-notch photography skills with a lighthearted, playful attitude, and the result is an interwoven web of whimsy, confidence and eroticism.

In the photo at the first of the post, Boro states the he had been able to convince the model, Shawn, to stop shaving his chest.  Here he is with his chest shaved: 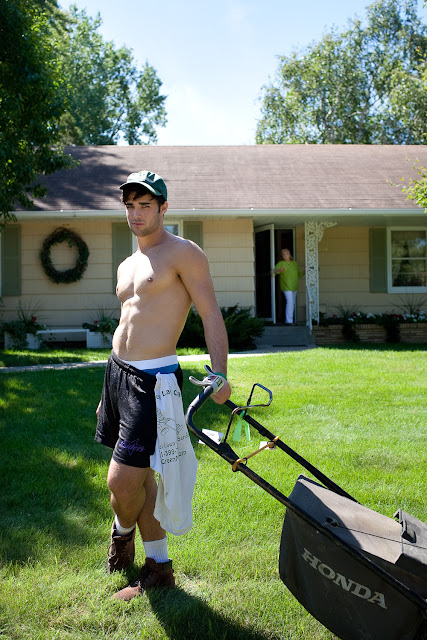 Which do you prefer?  I like both, but the one at the top of the post makes him look older and more mature.

If you've read this whole thing, then you know that I was having a hard time coming up with a topic today.  It's not my usual post, but I hope you enjoyed it anyway.

I like the one on the bottom. He looks cute in that hat. I want him to mow my lawn haha

Yeah, too bad he stopped shaving. Not a bad post, Joe! We all get writers block every now and then.

for someone who had nothing to write you did a wonderful job and i like the young man in both pictures. will take him either way. beautiful

My inclination is the furrier the better and to be honest, there isn't much of a difference between the pics:). Great post -- as always.

Island Guy, he does look very cute in that hat.

Loki, yeah, it's still the same guy. I do think he looks quite a bit different in the two pictures, but he is not a great deal hairier in the first picture.