Something to Think About... 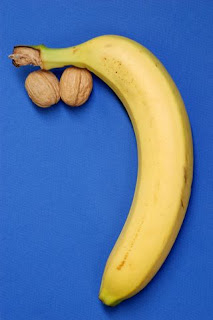 I came across this article on gay.com.  I'd love to hear what you guys think about it.


DOES YOUR SIZE DETERMINE IF YOU'RE A TOP OR BOTTOM?

I have not found this to be true in my sex life.  In fact, I have heard of a few very large guys who found that they were considered  too large to be the top.  I've also known at least one small guy (2-3" erect) who was a top.  These may actually be exceptions to the rule, but I do find this study to be interesting.  I wonder if this also means that guys who are average are versatile?  It would make sense to me.
The other aspect of the study that said that men with a smaller penis had psychological problem and those who had a large penis were less likely to psychologically troubled.  What I have found in my life is that those men with a larger penis tend to be more confident.  Does that mean they have fewer psychological problems? I honestly don't know.  Some guys that I have known to have a large penis are confident on the outside, but that does not mean they were not troubled on the inside.  As for those with a smaller penis, I really haven't known enough guys who were smaller to form a personal opinion about their mental state.  Men with a smaller penis tend not to show it off as much.
What do you guys think?  What is your opinion on this topic?  Do you really even care?  I hope you guys found this interesting.  If not let me know.

While I think there is some correlation between penis size and top, I don't think that it's the determining factor.

You get to versatile guys in in bed, and the guy with the bigger cock is almost by default the top, but it depends on the guy.

As for Psychological issues, you get anyone that is above average or below average, and your going to have similar issues. Not necessarily the issue with the penis size, but the issue with not being average having the bigger impact.

would love to give a really in depth informative answer here but seeing as i'm a girl i really have nothing to offer as i will always be a bottom. but i would assume that in a good relationship things can be done either way if both people are into trying new things in their sex life.

Nice to see this topic here! We had this discussion a few days ago on a Romanian blog, and I said quite the same as you did: In my experience, I found some very big guys to be passionate bottoms. The answer was: Nobody is a bottom in Romania, everybody is top. Gosh.

Not sure that the size of the instrument determines the enjoyment of the total experience...so much more goes into the equation - prior contact, communications unspoken, attraction in general. Personally I would prefer an 'average' instrument with which to play.

And congrats on the interview. I advised earlier that you would be impressive....and the size of the cock had nothing to do with it!!! :-) :-) :-)

Top or bottom, all I know is that from the earliest attraction to a man it was their ass. I'm an ass man all the way. An early lover taught me to pay attention to dick. Cock is foreplay, my wanting to please my partner. Assplay is the main event. So the study doesn't catch me because I don't care about small, average and large.
I do think I may be a minority. Gay friends want to talk dick. It's unusual to get a group to talk ass. mwg

Good on you for the interview. Fingers crossed for top three!

I think it all comes down to the individuals involved, surely.
It's always interesting to see some valid research and data, but I do think there are sometimes meddling hands manipulating it to their purpose. I'm not suggesting that is the case, but it's so easy to overlook something when creating such a study and then realizing years later that it was actually quite flawed.
And good luck with the interview, I know several people going through the same stressful time right now, so I do feel for ya!

amtop, I do think it depends on the guy.

Becca, you can always get a couple of different sized strap-ons and experiment with your husband, LOL.

Pinocchi0, thanks, and from what you say, I want to come to Romania. Too many bottoms here.

Anon, I am totally an ass man.

Jay, I agree, I think it is too small of a study to be very accurate. Besides, I think we would also have to know where these guys were located and how wide the sampling was.

MST, there are always meddling hands when it comes to research, especially when it is more subjective like this. Political polls are a prime example of this.

Probably a correlation. I for one have a smaller than average penis and definitely a bottom.