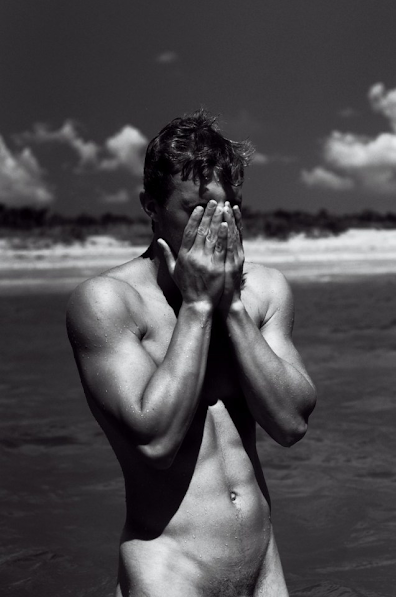 The first presidential debate was, thanks to Trump’s participation, anything but presidential. Trump was a national disgrace. Even by the bizarre standards of the Trump era, the debate was a painful tour of Trump’s erratic psyche, as he bounced from football to Biden’s alma mater to the size of his crowds. In one sense, at least, Trump was successful: he made it all about him, which highlighted all the horrible things about him. It wasn’t what Trump wanted. Trump’s strategy all along has been to create chaos, and that’s what he did during the debate. Taken individually, Trump’s statements were ridiculous and irrational. Taken together, it was a pathologically incoherent, repetitious, incessant, and obsessive assault on Biden and reality. Trump believes that he can dominate anyone, and that was clearly his intent during the debate. Instead, it made him look like an incoherent fool.

His strategy was a risky bet for Trump, something he often takes in his business dealings and always fails. Trump was appealing to his base, but his base is not big enough to get him re-elected. All you need to do is look at the polls. Because Trump can’t focus on anything for an extended period of time, he threw wild punches at Biden including taking a shot at Biden’s son Hunter. When Biden was talking about his late son Beau's military service, Trump attacked Biden's other son, Hunter, and brought up his past cocaine use. It backfired. "My son, like a lot of people you know at home, he had a drug problem," Biden said. "He's overtaken it. He's fixed it. He's worked on it. And I'm proud of him.” In contrast to Trump, Biden kept coming back to his core messages: primarily, that the election is about the voters’ needs not about Trump’s needs/ego. But Biden was also blunt about how he viewed the president, calling him a racist, a liar, and a clown – something that would have been unheard of in any previous presidential debate.

Trump made some very serious errors pandering to his base. Notably, Trump never bothered to refute the racist label. Chris Wallace, the moderator, asked Trump to condemn violent right-wing groups and white supremacists, and Biden goaded him to call out the Proud Boys, who are neo-fascist, racist, and anti-LGBTQ+. Needless to say, Trump never condemned them. Instead, he said, "Proud Boys, stand back and stand by." STAND BY? Stand fucking by? He was telling his supporters to wait for now, but attack if he doesn’t win the election, and the Proud Boys are now using Trump's words as part of a new logo. He is building up his own Blackshirts (the paramilitary wing of the Mussolini’s Italian National Fascist Party) and Brownshirts (the SA or paramilitary wing of Hitler’s Nazi Party). Yesterday, Trump claimed he didn’t know who the Proud Boys were, which means he’s either a liar or stupid. I’m betting on both. He could have just used Google like normal people do. Proud Boys organizer Joe Biggs posted after the debate that he was "standing by," and he said the president "basically said to go fuck them up."

What's more, Trump would not urge his followers to remain peaceful as votes are counted, including if there are delays in reporting the results. "I'm urging my supporters to go into the polls and watch very carefully because that's what has to happen," Trump said, adding, "If it's a fair election, I am 100% on board. If I see tens of thousands of ballots being manipulated, I can't go along with that." When Trump was asked directly whether he will tell his voters not to engage in any sort of violence or "civil unrest" while the votes are being counted on and beyond November 3, the President of the United States not only refused to do so but also reiterated his call to his supporters to go to polling places and "watch" people casting votes. Furthermore, when he was asked whether he was going to tell his people to take to the streets if the election results are either not decided on November 3 or not decided in his favor, Trump responded, "It means you have a fraudulent election. You're sending out 80 million ballots." Trump is telling Americans loud and clear that he will only accept the election if he wins, and he’s going to do everything he can to encourage his followers to intimidate voters. These statements about not accepting the election are the only thing he said Tuesday night that is probably true. The rest was lie after lie after lie.

Trump tried his best to paint Biden as a socialist, or at least beholden to the "radical left." But on issue after issue—"Medicare for All," defunding the police, the Green New Deal—Biden disavowed policies the Trump campaign has tried to attach to him. Biden just restated his positions, which line up with the middle of the electorate, far more than Trump's policy positions do. I think that had the potential to harm Biden with the progressive left, particularly when it comes to the Green New Deal, but only if Trump hadn't gone quite so, well, Trump and made a complete fool of himself.

While this might not have been Biden's greatest debate, it is not his fault. Trump’s constant interruptions and Wallace’s total ineptitude in getting control of the debate made Tuesday night a disgrace. I will credit Wallace with asking some tough questions, but what Wallace really needed was a mute button for Trump’s microphone. (Something that is rumored to be considered by the Commission on Presidential Debates [CPD] for the final two debates.) Biden tried to play by the rules, and he did remarkably well under the circumstances. Biden said several times, "Will you shut up, man?" and called Trump a "clown" more than once. Biden missed an opportunity when it came to the discussion of the pandemic. For example, when Trump was talking about the role of masks in preventing the spread of the coronavirus, Biden should have interjected more forcefully to talk about Trump's largely maskless rallies. When Trump claimed his rallies caused no harm, Biden should have pointed out the spike in coronavirus cases after Trump's pitifully attended Tulsa rally. Some pundits are saying that Biden missed the opportunity to say whether he would add justices to the Supreme Court — "pack the court" — if Judge Amy Coney Barrett, Trump's nominee to succeed Ruth Bader Ginsburg, is confirmed, but I wholeheartedly disagree. Biden was absolutely right to refuse to say one way or the other. I agree with his response that if he had made a statement on adding justices to the Supreme Court, it would dominate the campaign for the rest of the election.

The bottom line is simple: Trump's bullying, cajoling, and constant interruptions in the first 2020 general election debate with Biden on Tuesday night made the whole affair confusing and difficult to follow. Trump looked and acted like a petulant child not getting his way and lies when he gets caught doing wrong. If the CPD enacts new rules that Trump doesn’t like, I predict that Trump will refuse to debate Biden anymore. He will claim that the process is unfair towards him, even though he was the one disregarding the rules most often. I suspect that Trump will refuse to play by rules that are fair, and he will take his toys and leave, going back to his dangerous and largely maskless campaign rallies.

Well said and from here, Canada, this «farce debate» was unbelievably outrageous and very so a very low with such unrespectful manner from a «president».

I am speechless to express how all this comedy gave a bad image of the USA on international platform. On our national TV news networks, ALL agreed that this childish Trump behaviors were just what you could expect from this bully president.

Yes, USA was laughable from any other countries.
USA isn't showing that they are the best leader for democracy and liberty.
His way to avoid to condamn neo fascism and racist Brother Boys and white supremacy is like encouraging his deep base to insurection and violent anarchist reactions IF he lose his election.

Your comparason of the Black Shirt in Italy is quite just.
Not surprising when we see 45 acting as a dictator ignoring any thing about USA's Constitution even the right to vote and your own democratic institutions.
He is always showing that he can play outside the laws and the rules of USA.

Time to get rid of this even fake clown and let him drown in his swamp and debts.