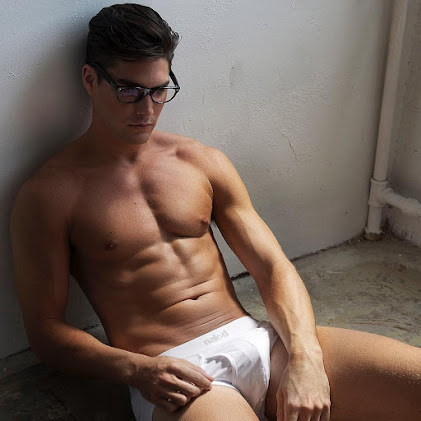 Brethren, if a man is overtaken in any trespass, you who are spiritual should restore him in a spirit of gentleness. Look to yourself, lest you too be tempted. Bear one another’s burdens, and so fulfil the law of Christ. For if anyone thinks he is something, when he is nothing, he deceives himself. But let each one test his own work, and then his reason to boast will be in himself alone and not in his neighbor. For each man will have to bear his own load.

No Christian should think of themselves as more pious or superior than any other person. We are all children of God, and we are all unique in our way. We are called to love one another with affection; to be kind, compassionate, hospitable, and gracious towards one another—forgiving one another and honoring each other above ourselves. Christians have the uncanny ability to turn on one another at the very time when they are needed most. For many LGBTQ+ individuals, we are most vulnerable when we come out. We never know how someone is going to react. For some of us, we know it’s going to go badly like it did when my mother found out I was gay. For others, we hope they will react with love and kindness. Sometimes, we get the opposite of what we expect, which can be good or bad. For many of us, that means our sexuality is rejected by the person to whom we came out. It is our most vulnerable moment, and all too often, people use the Bible as a reason to reject us. When we need them most, they act the most unchristian.

Legalists and biblical literalists apply the law more harshly toward others than toward themselves. They concentrate on their strengths and others’ weaknesses. Thus the scribes and Pharisees were ready to stone the woman guilty of adultery (John 8:2-11), yet they were insensitive to their breaches of the law by taking advantage of the helpless, the neglect of their responsibilities to their own families, or their persecution of the righteous. In their desire to maintain at least the appearance of severity toward sin, those with a strict interpretation of the Bible during Paul’s time had become calloused and even cruel toward those who had stumbled in their Christian walk. Paul put it this way in Romans 12:3, “For by the grace given to me I bid every one among you not to think of himself more highly than he ought to think, but to think with sober judgment, each according to the measure of faith which God has assigned him.” Excessive adherence to law has no interest in reducing the burdens which we must endure. Instead, it produces limitations and then a refusal to assist those on whom they are imposed. Jesus contrasted Himself with the scribes and Pharisees with respect to burdens.

When correctly carried out, Christian love bears one another's burdens and can cover a multitude of sins. Christian love seeks to encourage one another towards living true and experiencing spiritual growth, and Paul gives us biblical guidance on what to do when others are in trouble or needs help. First, we are to be sure that we look at ourselves before we judge others. John 8:7 says, “…“Let him who is without sin among you be the first to throw a stone…” I know it is cliché, but we must ask ourselves, “What would Jesus do?” because we should do our best to emulate Jesus which means treating each other in a spirit of gentleness and love.

We should take the time to make an honest analysis of our own lives, instead of merely comparing ourselves to the people around us. Then, we can truly enjoy what we see God accomplishing through us, in real humility. Paul's use of the word "boast" is not about bragging or a sinful pride in ourselves. It's about honest measurement of what is right. It is what makes us unique. Frida Kahlo once said, "I used to think I was the strangest person in the world, but then I thought there are so many people in the world, there must be someone just like me who feels bizarre and flawed in the same ways I do. I would imagine her, and imagine that she must be out there thinking of me too. Well, I hope that if you are out there and read this and know that, yes, it's true I'm here, and I'm just as strange as you." As LGBTQ+ Christians and our allies, we may seem strange to those who excessively adhere to a literal interpretation of the Bible. When another Christian judges us because we do not fit their image of a perfect Christian, they are not following the teachings of Jesus but are being hypocrites.