The Importance of Empathy 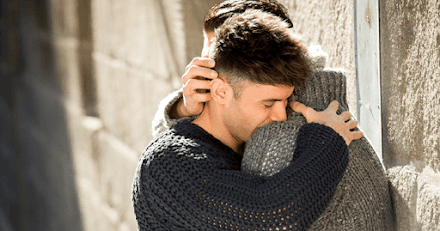 The 1972 Democratic presidential nominee, Senator George McGovern, once said, “Empathy is born out of the old biblical injunction ‘Love the neighbor as thyself.’” Empathy is woven throughout the Bible. Virtually every instruction God offers regarding the way we are to treat others begins with empathy. Empathy is becoming increasingly derided in the United States as being a characteristic of the weak, especially in the years since one of the most empathetic presidents in history was replaced by a man who has no empathy for anyone or anything. President Barack Obama is quoted as saying, “Learning to stand in somebody else’s shoes, to see through their eyes, that’s how peace begins. And it’s up to you to make that happen. Empathy is a quality of character that can change the world.”

First Peter 3:8 tells us, “Finally, all of you, have unity of spirit, sympathy, love of the brethren, a tender heart and a humble mind.” The “tender heart and a humble mind” that Peter refers to in this passage is the mind of Christ, which is what all Christians aspire to have. But Peter’s call for unity among believers cannot be answered without empathy and understanding. To be one with other people, we must develop a deep understanding of:

According to Peter, oneness is created by treating one another with compassion, love, tenderness, and courtesy—four qualities that lie at the heart of empathy. Astrophysicist Neil deGrasse Tyson said, “Humans aren’t as good as we should be in our capacity to empathize with feelings and thoughts of others, be they humans or other animals on Earth. So maybe part of our formal education should be training in empathy. Imagine how different the world would be if, in fact, that were ‘reading, writing, arithmetic, empathy.’” A training of empathy is what Christianity is all about.

If we are empathetic, we can begin to understand others’ joys and sufferings, and we can either rejoice with their joys or comfort them in their sadness. Romans 12:15 commands us to “Rejoice with those who rejoice, weep with those who weep.” Those who rejoice usually do so because good things are happening in their lives. If we are not careful, other people’s rejoicing can trigger feelings of competition or jealousy. The urge to “top” others with stories of our own successes—or to wallow in envy because we don’t have as much to rejoice over—can be hard to resist. Those who weep usually do so because they have suffered a devastating loss or misfortune. That can create some messy emotional landscapes. It’s nearly impossible to tread into the lives of hurting people without getting our hands dirty and pulled down into their despair. The urge to stay out of the mess—to send our thoughts and prayers from a safe distance—can be hard to resist. But that’s not what empathy is, and that’s not what God calls us to. Empathy is seeing with the eyes of another, listening with the ears of another, and feeling with the heart of another.

John 11:35 is the shortest verse in the Bible, and it shows Christ’s empathy more succinctly than anywhere else in the Bible. The verse simply says, “Jesus wept.” This verse occurs in John’s narrative of the death of Lazarus of Bethany, a follower of Jesus. Lazarus’s sisters—Mary and Martha—sent word to Jesus of their brother’s illness and impending death, but Jesus arrived four days after Lazarus died. Jesus, after talking to the grieving sisters and seeing Lazarus’s friends weeping, was deeply troubled and moved. After asking where Lazarus had been laid, and being invited to come see, Jesus wept. He then went to the tomb and told the people to remove the stone covering it, prayed aloud to his Father, and ordered Lazarus to come out, resuscitated.

Jesus knew He was going to raise Lazarus from the dead. So technically speaking, He knew there was no reason for Lazarus’ loved ones to mourn. He knew that in a matter of minutes, their tears would turn to joy. So Jesus would have been excused for dismissing their grief over something that would prove to be temporary. Yet Jesus didn’t dismiss Lazarus’ mourners' grief. He didn’t try to talk them out of their grief. He didn’t rebuke them for their lack of faith. Jesus saw people who were hurting, and it made Him hurt, too. He empathized so strongly with those who were mourning that He wept. Jesus showed us there is a nobility in compassion, a beauty in empathy, and a grace in forgiveness. Transcendentalist Henry David Thoreau asked, “Could a greater miracle take place than for us to look through each other’s eyes for an instant?” Jesus had looked into the eyes of the family and friends of Lazarus, and he felt their pain.

The book of Hebrews presents Jesus as a defense attorney of sorts. He represents His followers before God, the Judge. While Satan, the prosecuting attorney, levels charges against us, demanding that God punish our sins, Jesus contradicts his accusations by reminding God that His (Jesus’) blood covers our offenses. Hebrews 4:15 states, “For we have not a high priest who is unable to sympathize with our weaknesses, but one who in every respect has been tempted as we are, yet without sin.” What makes Jesus an especially effective Counselor and Defender is His experience on earth. He expertly represents us before God because He empathizes with us. He knows what it is to be tempted and weak. He understands us because He experienced what we experience and endured what we endure. The author of To Kill a Mockingbird, Harper Lee, once said, “You never really understand a person until you consider things from his point of view,” which is what God did by sending Jesus to live as a human on earth. When asked about how he would choose judges, Barack Obama responded, “We need somebody who’s got the heart, the empathy, to recognize what it’s like to be a young teenage mom, the empathy to understand what it’s like to be poor or African-American or gay or disabled or old - and that’s the criterion by which I’ll be selecting my judges.” God meets these criteria as our heavenly judge because he sent Jesus to live amongst humanity. Jesus and his followers understand that empathy and compassion make our world better.

When we look for leadership, I believe the most important quality is empathy. Oprah Winfrey summed this up with, “Leadership is about empathy. It is about having the ability to relate to and connect with people for the purpose of inspiring and empowering their lives.” With the dueling town halls Thursday night, we saw two opposing events that diverged dramatically in tone. In the words of Savannah Guthrie, Trump’s town hall was like your “crazy uncle” who rages about anyone different from him and has no empathy. In contrast, Biden’s town hall was compared to “watching an episode of Mister Rodgers Neighborhood,” by Mercedes Schlapp, a senior adviser to the Trump campaign, in a tweet. She also misspelled the late Fred Rogers’ last name. By the way, social media was quick to fire back at Schlapp for her attempt to insult Biden via the beloved children’s television host who famously promoted messages of kindness, patience, and friendship. Biden showed empathy for Americans while one guy described “watching Trump was like watching an episode of Twin Peaks.”

Since the beginning of the COVID-19 pandemic, Republicans have shown again and again that they lack empathy for the average American. During this week’s Senate confirmation hearings for SCOTUS nominee Amy Coney Barrett, Kamala Harris pointed out the lack of empathy by Republicans for the American people:

…while tens of millions of Americans are struggling to pay their bills, the Senate should be prioritizing coronavirus relief and providing financial support to those families. The American people need to have help, to make rent or their mortgage payment. Senate Republicans have made it crystal clear that rushing a Supreme Court nomination is more important than helping and supporting the American people who are suffering from a deadly pandemic and a devastating economic crisis. Their priorities are not the American people’s priorities, but for the moment, Senate Republicans hold the majority in the Senate and determine the schedule, so here we are.

On November 3, 2020, we have the chance to elect empathetic leaders. Since January 20, 2017, we have struggled as a country because our leadership in the presidency and the Senate had no empathy. It’s time for empathy to reenter politics in the United States. Make sure that you vote and VOTE BLUE.

Good post when you can see so much «hate» and a lack of empathy from this president and many Republicans.
Calling their «lock them all» and booing to the other party people is very un Christian coming from the most Evangelical party in USA.

Again, there is a big clash of values in USA thaT is leading to exclusion of anyone who aren't «white-wealtahy-straight-Christians».

USA were known in the past for the «melting-pot» country where ALL was possible for anyone who wanted to have that «American Dream» possibilities in life.

It's more than time to change this «hater in chief» because he is seeding the civil war between the American society who WAS one of inclusion but now is one of exclusion.