Benefits of Being Fully Vaccinated 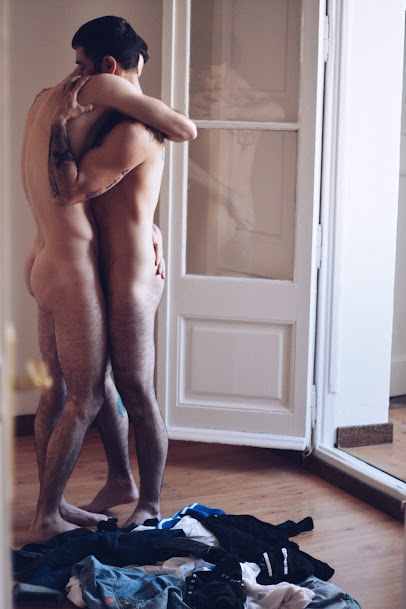 I debated whether or not I wanted to write a blog post about this particular subject, but then I decided, why not? Before the pandemic, I had met a guy that I got along with very well. We had a lot of the same interests in science fiction and enjoyed each other’s company. We would occasionally get together for a bit of fun (if you know what I mean), and sometimes, we’d watch a movie, usually we did more than just watch a movie. It was always a lot of fun. I have not been able to see him since the pandemic began. He has some health problems that didn’t allow him to even take the slimmest chance of getting COVID. We have talked a few times over the course of the pandemic, and we always said we would get together again when all of this was over or when we were both fully vaccinated.

Last week, he texted me to tell me that he was fully vaccinated, and I was able to tell him that I too was fully vaccinated. He suggested that we get together last night. Of course, I am writing this before I went over there, but I am anticipating we will have a fun time catching up and maybe even making up for lost time. It feels like things are beginning to get back to normal as more and more people are getting vaccinated. There is light at the end of the tunnel and Vermont is thankfully leading the way.

Vermont leads the nation in vaccines with 52.7 percent of the state’s population being fully vaccinated. We have 69.7 percent of the state’s population with at least one dose of the vaccine. New England has done remarkably well, with only Rhode Island and New Hampshire having less than 50 percent of their populations fully vaccinated. Rhode Island is close with 49.9 percent, but New Hampshire appears to be a bit of an anomaly in New England with only 35.6 percent being fully vaccinated. Vermont, Maine, Connecticut, and Massachusetts are the top four states for vaccinations, respectively. Rhode Island is fifth, but New Hampshire is twenty-third.  New Jersey, Hawaii, New Mexico, Maryland, and New York round out the top ten. All of the top ten are Democratic-leaning states.

In contrast, South Carolina, Idaho, Utah, Wyoming, Tennessee, Georgia, Louisiana, Arkansas, Alabama, and Mississippi make up the bottom ten states with Mississippi having the lowest vaccination rates. The fact is the U.S. vaccination map looks a lot like a map of how states vote in presidential elections, with most blue states vaccinating at levels well above the national average and GOP states bringing up the rear. Sadly, the politics of COVID-19 have been partisan from almost the onset of the pandemic, and polls consistently show that Republicans, particularly men, are more hesitant than Democrats to get vaccinated.

In the past N.H. was often been referred to as "The Alabama" of New England. For years it was where people from Mass. would go to buy alcohol on the weekends, fireworks and get tattoos.

Over the past 20+ years, much of that reputation has been shed as the state has become increasingly wealthy and more politically moderate (specifically in the southern part of the state and along the coast). So the data that suggests NH lags the rest of the New England states doesn't surprise me. I bet if you looked at the population south of Concord in Hillsborough & Rockingham Counties (the two largest counties which account for >50% of the state's population) you'd see far higher rates of vaccination.

Joe, I do hope the meeting was a success in every way - need not say more, Roderick

I wish the media would do more to shine light on the fact that President Trump and Melania were both vaccinated at the White House in January and both have endorsed the vaccine, as I think it would have a real impact on a lot of Trump voters. I'm even playing up the fact that President Trump's Operation Warp Speed gave us the vaccine, to my friends and family here in Mississippi. It has worked in some cases. I'm trying to save lives. It's sad that things are so divided along political lines these days.

Don't know if you read the Boston Globe but the top story today has a picture of the Boatslip Tea Dance in Provincetown and the article indicates a number of places on the Cape will request proof of vaccination to be allowed inside.

BosGuy, I sometimes read the Boston Globe. My museum is having an opening reception next week for a new exhibit. We are requiring proof of vaccination or proof of a negative COVID test in the past 48 hours. It was the only way we could get permission from the university to allow a reception that was open to the public.