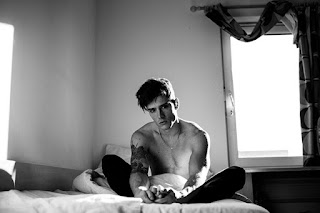 I grew up being taught that “If you don’t have something nice to say, don’t say anything at all.” Although, I prefer what Clairee Belcher (Olympia Dukakis, may she rest in peace) said in Steel Magnolias, “Well, you know what they say: if you don't have anything nice to say about anybody, come sit by me!” 😂  I try to be a nice person, but sometimes, the gossipmonger in me comes out. I think it’s part of being a southerner. We love to gossip, which is often one of the worst things about the South. I grew up around people who never wanted to show outward hatred to anyone. Yes, in private, they would say horrible things about people, and they would often discriminate against people subtly, or sometimes not so subtly. They always wanted the outward appearance of being nice. That outward appearance was far more important than actually being kind. A kind person is loving and giving out of the goodness of their heart. Nice people often just want to avoid conflict at any cost. Charlie Ray, a gay Birmingham, Alabama, TikToker says it better than I can:

In the South, there are a few phrases that are meant to be nice, but are often anything but kind: “Bless your heart” and “Aren’t you precious?” Bless your heart as a phrase has multiple meanings. It can be used as a sincere expression of sympathy or genuine concern. It can be used as a precursor to an insult to soften the blow. It is also sometimes used to mean "you are an idiot, but you can't help it" by individuals who wish to "be sweet” and do not wish to "act ugly." It can also be a “pleasant” way of saying, “Fuck you.” I once heard that it was like aloha in Hawaii, there were many meanings according to the context. I think only true southerners can really interpret the meaning of how it’s being used at the moment. Then there is Aren’t you precious? Although this phrase sounds like a question, it can genuinely be a statement to compliment something cute or sweet. It’s usually intended as an interjection and generally in reference to a child’s outfit or behavior. But in the South, beware. If you hear someone saying, “Well aren’t you precious?” it’s probably being said sarcastically. It’s a phrase usually said if someone has said or done something you find stupid or insulting. The same goes for the phrase of calling someone “sweet.” When you see a baby that is just not attractive, I’ve often heard, “Well, isn’t he/she so sweet?” It means that the person did not want to say, “How beautiful!” or “What a pretty baby!” but they couldn’t outright say, “OMG! What an ugly child!” My mother used this one a lot.

One of the hardest things to handle when I lived in the South was when people were nice to me, but they never really accepted me because either they knew I was gay or perceived I was gay. They would hug me when I saw them. They’d ask about my day or my life and mean it. They would welcome me over for dinner and make sure I got more than enough to eat. They’d laugh with me (though often you could sense they were laughing at you). However, no matter how nice or kind they acted, they never accepted me. I remember one time I mentioned that I thought a guy was attractive (this was amongst a group that I was out to), and the husband of a friend of mine said, “I don’t have a problem with you being gay, I just don’t want to hear about it.”

##gay folks don’t need your acceptance or your ##bigotry & ##hate ##lgbtq people are just like you. ##bekind ##blm ##pride ##gaypride

It’s hardest when they are kind because then when they are not kind it cuts more deeply. When they ask about your life but then you see the tense jaw and the pursed lips as you answer. Even when you are telling about something that is incredibly important to you or that you are passionate about, they have a hard time actually feigning interest. You can see their tension if it goes against what they deem appropriate, proper, and/or Christian. They might respond with a “that’s nice” but you know they are thinking it’s anything but nice. Then, the next time they ask about your life you are more careful. You tell the sanitized version. You leave some stuff out. I did this a lot. When I felt someone’s judgement of me or was told I told too much (that they did not want to hear), then I’d censor myself around them from that point onward. It kills you a little bit each time it happens, each time you have to censor yourself. It wears away at you when they are nice because it’s harder to say, “Your behavior hurt me.” They will almost always say they didn’t mean to hurt you; they were just sharing their beliefs. Often, they will claim that you are being too sensitive.

Later on, when they realized that they missed a big part of your life, they might even call you dishonest. They will say you left too much out, that you deceived them. They will say that you are the one who shut them out of your life. They will never realize that they are the ones who set the boundaries on the acceptable conversation and behavior with their non-verbal gestures, with their snide comments back, with their clear disapproval. They will say that you hurt them, or you made them feel excluded. They tell you they love you and want to be in your life. Then we often try again to let them into our lives, but we get the same response, and it hurts even more this time. They will often claim you were the one who caused the rift. You weren’t respecting their feelings or beliefs. They will claim that you weren’t willing to compromise. Even though, for years, you were the only one to always compromise and kept your mouth shut and acted the way they wanted you to act. I have spent nearly forty years denying myself happiness because I spent so much of my life hiding parts of myself from my family.

Maybe you are someone who sits alone on a holiday or misses out on a family gathering because you simply cannot bear to go and hear people force you to be someone you are not for one more holiday. You cannot bear to smile even though you want to be weeping. You cannot bear to keep so much of yourself hidden. You become the one who is alone, and you feel like you are punishing yourself, when it is they who are punishing you. Maybe you know you did the right thing to save your sanity, but it still feels like you are the one being punished. For many of us, we realize that whenever we meet someone new, it’s their voice you hear in your head telling you that you aren’t worthy of love. But it’s a subtle voice with kind tones. This is benevolent homophobia. In racism, it’s akin to paternalism. People in positions of power restrict the freedom and responsibilities of those subordinate to them in the subordinates' supposed best interest. The same is true of homophobia, they want to save us from ourselves by imposing their twisted beliefs of what they believe the Bible says to force us to conform to their twisted morality. Some people do this with “kindness,” but it is veiled hatred, and we cannot pretend it’s not.

Joe, this was a very good analysis of a topic which few if any of your readers know or understand (how many are from the South?), so the lack of comment is understandable. Roderick

Roderick, the sad thing is the South might be “better” at benevolent hatred due to centuries of paternalistic racism, but the truth is, it’s not just in the South. It’s every corner of this country and every corner of this world. While some people show their hatred outright, our former twice-impeached president, there are many others who would claim they are not homophobic or racist, yet they will support racist and homophobic politicians and religious leaders. Most people hide their prejudices, but it comes out when they are trying to be “nice.” It’s basically a backhanded compliment, which can be the worst kind.