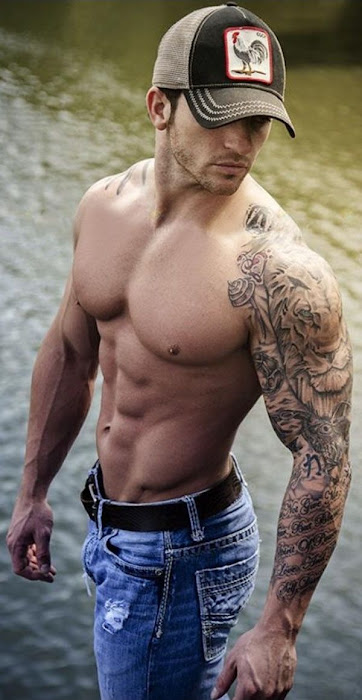 “In states where legal climates are less supportive of LGBT people, social stigma toward them is also higher. Social and legal climates are generally intertwined such that supportive laws and social acceptance run hand in hand.”–Andrew R. Flores, Williams Institute, a public policy research institute based at the UCLA School of Law focused on sexual orientation and gender identities issues.

When I interviewed for this job in Vermont, they asked me, “You know it’s cold up here?” I responded, just like I’d responded during every interview in the North, “I hate the heat of the South.” When someone asks where my accent is from, and I say, “Alabama,” I always get the response, “That must have been a big change.” I tell them, “I hated the heat and I enjoy the cooler climate of New England. I hated stepping outside and being drenched in sweat within seconds of leaving the air conditioning and stepping into the oppressive heat and humidity.”

The heat of the South is not the only thing oppressive down there. The Republican Party and the Christian right are also oppressive if you are not white or heterosexual. If you are Black, Hispanic, Asian, or LGBTQ+ of any race, especially those who are transgender, the South can be a particularly unwelcoming place. Yet, even with that said, 35 percent of the United States’ LGBTQ+ population lives in the South, more than any other region in the country. They also make up some of the poorest in the LGBTQ+ population. 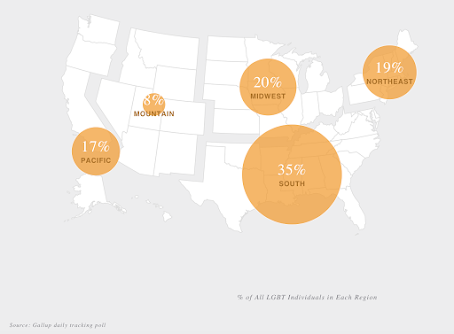 The South largely lacks employment protections. Like most states in the U.S., the South is largely at-will employment states; At-will employment is an employer's ability to dismiss an employee for any reason and without warning, as long as the reason is not illegal (e.g., firing because of the employee's race, religion or sexuality). No southern states have laws for LGBTQ+ non-discrimination protections. While Bostock v. Clayton County held that Title VII of the Civil Rights Act of 1964 protects employees against discrimination because they are gay or transgender, it is unlikely that these protections will be enforced until courts explicitly expand protections to other statutes. Each application of sex in the law to protect LGBTQ people will require litigation. And the Bostock decision itself includes a worrying deference to religious organizations. As soon as he took office, President Biden issued an Executive Order directing agencies to enforce federal laws that prohibit sex discrimination to include discrimination based on sexual orientation and gender identity, consistent with the Bostock decision. Time will tell how this will affect LGBTQ+ employees in states without explicit non-discrimination protections.

Employment protections are closely tied to economic security and well-being. LGBTQ+ people in the states without protections are more likely to report household incomes below $24,000 than those living in the states where workers are protected. Lower income also means that LGBTQ+ people face more issues with opportunities for better education, jobs, and healthcare. Any LGBTQ+ person in the South has been asked more than once, “If it’s so bad, why don’t you just leave?” The answer is: lack of opportunity. Lower income means decreased ability to move. In other words, it’s easier said than done. This does not mean that all LGBTQ+ people in the South struggle with income or education opportunities. Researchers have hypothesized that LGBTQ+ people may intentionally pursue higher education as a way to buffer themselves against discrimination in the workplace.

Some LGBTQ+ individuals have nice lives in the South. It’s not bad for everyone. However, fear lurks around every turn. If you are in the closet, then you have the fear of being outed. Even with some legal protections like those in Bostock, you still fear losing not only your job, but your family, religious life, friends, etc. when or if you choose to come out. Some LGBTQ+ people live in metropolitan areas and have more freedom and acceptance, but many do not. For those who do not, the South can be like sinking in quicksand. The more you try to help yourself, the more backlash from politicians and religious conservatives. I have been told it has gotten better in recent years, but that doesn’t seem to be the case for transgender individuals. They face increasing discrimination and hardships in the form of new laws targeting their rights, freedoms, and healthcare access.

I am glad I got out when I did. For the first few years I lived in Vermont, I dreamed of getting a job closer to home and moving back to the South or at least closer to the South. I no longer feel that way. I realized that as long as I lived in the South, I was living in quicksand. Each day I was sinking and suffocating more because of the oppression of the South. Vermont has the highest percentage of any states for LGBTQ+ identification at 5.3 percent. In contrast, Alabama ranks in the bottom 16 percent of states with only 3 percent, tying with Alaska, Arkansas, Montana, and South Carolina who also have 3 percent. Idaho, North Dakota, and South Dakota rank lower. Though not a state, Washington, D.C. has the highest percentage with 8.6 percent of its population identifying as LGBTQ+.

Email ThisBlogThis!Share to TwitterShare to FacebookShare to Pinterest
Labels: Sexuality

Last year's ruling extending the 1964 Civil Rights Act to include LGBTQ+ will go a long way to protecting our community from indiscriminate firing from the workplace but hopefully the Equality Act will be passed under the Biden Administration (although I think the Democrats will need to pick up more seats in the US Senate and House to do this).

I'm no authority on life in the South. I only lived in Georgia for about 3.5 years back in the mid-90s. My observations as a New Englander living in Atlanta was that there are significant differences between those living in metropolitan areas like Atlanta, Miami, Dallas, etc... and those living even just 20 minutes outside these cities.

Additionally, back then it seemed like the overwhelming majority of the south could be described using two word, rural and poor. Both conditions work against LGBTQ+ community and LGBTQ+ youth in particular. The isolation they feel (esp then before the advent of the Internet) is real. And poverty is its own evil. It can also breed a feeling of desperation and frustration in people afflicted by it. People who are desperate and frustrated often look for someone / thing to blame or lash out at, and those who look, act or sound different from the majority are often the focus of their ire.

Over the past 20+ years the South has become more populous and affluent. Hopefully with that comes more people who challenge these perceptions and provide people greater opportunity for more economic freedom.

I'm surprised of the percentage of the south in comporaison to the one of the west like in California. The bad situations of LGBDQ living in the south is like linked to those regions being very very inclined to religious practice.

I remember visiting someone in South Carolina with my BF in 2002 and as we were seeking for a radio station for some music, we did hear only religious stations and no other ones.
On the next Sunday, our host invited us to go with her to the mass in a Catholic church.
What a surprise to see this huge parking lot like a shopping center and that huge church with even a balcony at the back and with a cinema like floor filled up.

It's again in USA the never ending story and battle of the religion and the secular politics.

One place that I experienced a very gay friendly city is in Rehoboth Beach Delaware where live my dearest friends, Guy and Ken. If I would like to have a house in USA it would be there.