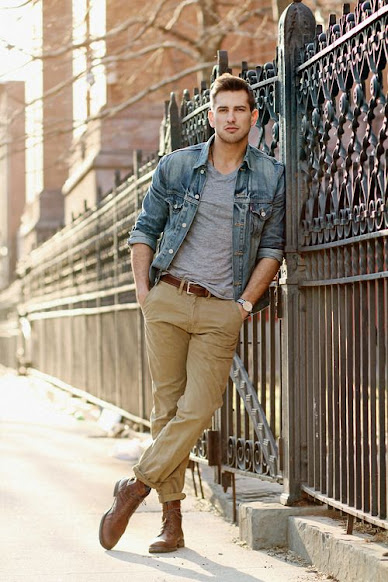 For the past several months, when I have gone to my local pharmacy, I’ve noticed that they hired a new pharmacy tech. Most of the people who work at the pharmacy are women, including the two pharmacists, but they recently hired a male pharmacist and a new male pharmacy tech. The new tech is very cute. I’ve seen him around town a few times, and it always takes me a minute to remember where I know him from. I doubt that will be a problem after yesterday. So, my two scenarios start the same way. I went into the pharmacy to get some prescription refills. The new pharmacy tech got my prescriptions and checked me out at the register. When he got to the register, he said, “I see you every morning at Cumby’s.” (Cumby’s=Cumberland Farms convenience store.) I saw him in there Tuesday morning getting coffee as I was getting an iced coffee before going into the museum. I may have seen him in there once before, but I rarely go to Cumby’s in the morning. It’s the opposite way of the university. Then we had a short conversation about seeing each other out and about and what the weather was like outside. While everyone at the pharmacy is very nice, some are more talkative than others. He has never been particularly chatty to customers and is generally busy filling pill bottles. So, it was not only unusual for him to wait on me, but that he was so talkative. So, which scenario do you think is correct?

Guys generally don’t flirt with me a lot, but he was more than a little flirty yesterday. You really can’t tell when someone has on a mask, but you can tell a lot about someone’s eyes. He seemed a little excited, so I am wondering was he flirting. Should I go by Cumby’s a few mornings to see if he flirts more there? Maybe I just have an overactive (and hopeful) imagination.

He was just being nice. He saw me the day before, and now I was in the pharmacy, so he may have just been making conversation. This pharmacy has always been very friendly, so I don’t think they’d have hired someone who was not pleasant with the customers. So, maybe he was just being nice, but he’s never really paid any attention to me before yesterday. He seems to have noticed me at Cumby’s, so who knows?

How would you take it? Would you do anything? Maybe I am just deluding myself into thinking he was being anything more than just nice. It’s a small town. People see each other around town all the time. Besides, he’s probably out of my league and too young. He looks to be in his late twenties.

P.S. This post is all in fun. While this did happen, I don't really think there is a possibility he was flirting with me. I think he was just being friendly to a customer, but it's nice to daydream occasionally.

Out of curiosity have you ever seen him on any of the apps?

With regards to the two scenarios, why not go to Cumby's a few more times a week to see if you're paths cross. Small talk is alawys nice at the register but you can get a better feel for someone when they are not "on" at work.

Nothing ventured, nothing gained.

BosGuy, I haven't seen him on any of the apps, but I really don't use them very often. However, I'll do some che3cking. P.S. It's usually "Argh!!!! You're, not your." I don't often see it the other way around, LOL.

Nothing ventured, nothing gained. You will know soon enough in a small town where you will run into each other

I'd say that the number 2 hypothesis might be the good one but according to my own experiences, you never know where this chit chat would lead too.

As I'm an «old» man, (you know me) I often think of myself to be none attractive to those young men. Well I was sometimes put in situations where some of those cuties find me very handsome and more like attreacted to my wisdom and long life experiences.

The beauty is in the eyes of the beholder.
The way the others see us is sometimes very far from our lowest ideas of ourself.

I'd take chances to meet him for some coffee chat and who knows what can happen.
In the worst case, he could become a very good friend.

Don't undermind that you're both very educated guys and maybe he is looking to talk with more interesting man.

Hey Joe - Hope your doing well. I've got a difficult time reading guys and I often read more into a simple interaction than is really there. However, if I feel that strongly about it I ask the guy out the worst he can say is no and hey I'm already alone so short of being physically harmed it really can't get much worse. I've seen several cute pharmacy techs in my day and thus far they have all been straight. You never know for sure unless you ask and I get that can be a difficult move to make. Both of your scenarios sound plausible.

The way you find out is by going to Cumby's from time to time and seeing what happens.

Dearest Joe, If you believe that an attractive young man cannot be interested in you and he cannot possibly be flirting with you, you will NEVER find someone to be your partner. Have faith in yourself and follow the suggestions offered in the other comments. BE BRAVE, Roderick

Thanks Roderick. I will try to hav more faith and confidence in myself. Maybe I’ll go to Cumby’s tomorrow and actually get a coffee like he does instead of just getting something out of the coolers. I suspect I know what time he goes to Cumby’s each day because of his schedule at the pharmacy.

I'll give it a try. As the anonymous commenter said: "Nothing ventured, nothing gained."

I am not advocating stalking the man. But explore. Maybe go to Crumby's a little more often-not every single day but maybe on certain days where he can figure out a pattern. When you see him there say Hi and maybe chat a little. Just enough to show interest but not to the point of jumping him.

If what you say what happens at the pharmacy and how he works/interacts with customers maybe he is trying to test the waters to see if you will bite. Now you have to make a move.

Maybe he was being friendly. Where you live is not all that big and so folks see each other about time. But if you don't reach out/take action you may have missed an opportunity.

Go for it. Your readers expect a follow-up soon with full details.

=====================
I can tell you a funny story. I met this guy at my gym several years ago. He was always friendly when we saw each other. I was getting the vibe of maybe he was interested. I just let the interactions ride. Things got to the point where I took the bull by the horns and asked him to lunch after a workout. He accepted. We went to lunch. I was nervous as hell. We had a great lunch. Good conversation. I finally grabbed my balls and asked "So, do you have a boyfriend?" He looked at me and said "No, I don't have a girlfriend" I had to recover. So I just continued our lunch like nothing happened. We continued to be friends. Nothing gained, nothing lost.

How he acts in the store, where he's not an employee, will tell you all you need to know.

Yes I agree - go to Cumby's and find out, discretely, which of your two scenarios really fits. You never know (that's my story, but not for here).