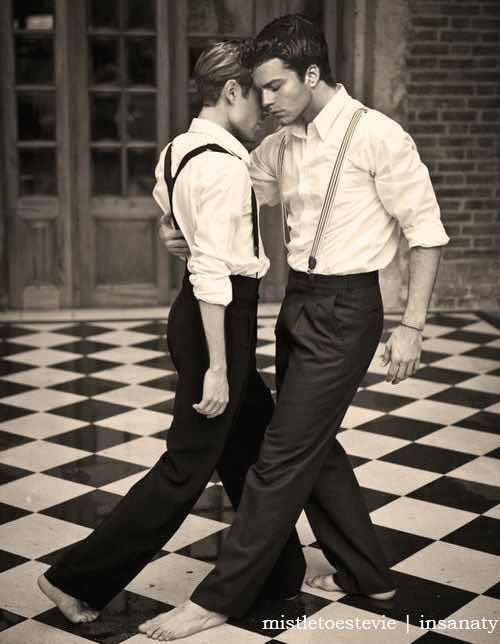 Your soul is a chosen landscape
Where charming masquerades and dancers are promenading,
Playing the lute and dancing, and almost
Sad beneath their fantastic disguises.
While singing in a minor key
Of victorious love, and the pleasant life
They seem not to believe in their own happiness
And their song blends with the light of the moon,
With the sad and beautiful light of the moon,
Which sets the birds in the trees dreaming,
And makes the fountains sob with ecstasy,
The slender water streams among the marble statues.

"Clair de lune" (English "Moonlight") is a poem written by French poet Paul Verlaine in 1869. It is the inspiration for the third and most famous movement of Claude Debussy's 1890 Suite bergamasque. Debussy also made two settings of the poem for voice and piano accompaniment. The poem has also been set to music by Gabriel Fauré, Louis Vierne and Josef Szulc.

Paul-Marie Verlaine (30 March 1844 – 8 January 1896) was a French poet associated with the Symbolist movement and the Decadent movement. He is considered one of the greatest representatives of the fin de siècle ("end of century") in international and French poetry.

Paul Verlaine was born in a town called Metz in northeastern France in 1844. He received his formal education from what is now the Lycee Condorcet and originally found a job in France’s civil service, despite the fact that he had been writing poetry from an early age; he published his first poem before his twentieth birthday.

Poet Charles Marie Rene Leconte de Lisle, who led the Parnassian movement, heavily influenced Verlaine in the beginning. The Parnassian movement was a style of poetry which utilized emotional detachment and a strict adherence to form. Verlaine was also influenced by the many people he socialized with, most of whom made up the intellectual and artistic elite of the day.

His first book of poetry, Poemes saturniens, was published in 1866. Four years later, Verlaine’s life underwent massive changes; he got married to Mathilde Maute de Fleurville and joined the French equivalent of the National Guard, though he later became a supporter of the Paris Commune, a group of anarchists and Marxists that took control of Paris from March to May. When a large number of Commune members (called Communards) were killed and imprisoned after the fall of their government, Verlaine escaped to Pas-de-Calais, returning in 1871.

In 1872, Verlaine began his first homosexual affair, though he had probably had homosexual experiences before then. He received a letter from the younger poet Arthur Rimbaud, and Verlaine’s reply was, “Come, dear great soul. We await you; we desire you.” Though Verlaine’s wife was pregnant at the time, Rimbaud came to stay with the older poet and his seventeen-year-old wife. Later that year, Verlaine and Rimbaud lived together in London, having abandoned Mathilde. Both poets frequently drank absinthe and used hashish, living in poverty and making a living by teaching and getting an allowance from Verlaine’s mother. The relationship grew very strained, and Verlaine shot his lover in the wrist during an alcoholic furor just days after the pair had split and subsequently reunited in Brussels.

Rimbaud originally refused to press charges, but Verlaine’s increasingly violent and odd behavior forced the younger man to seek protection. A judge sentenced Verlaine to two years in prison following testimony from Mathilde. Not even a last-second change of heart from Rimbaud could save Verlaine; the Symbolist poet spent two years in prison in the Belgian city of Mons. While there, Verlaine converted to Roman Catholicism, which spurred him to write further poems. Rimbaud mocked Verlaine’s conversion to Catholicism. Verlaine also managed to release another collection of poems while imprisoned, Romances sans paroles. Upon his release, Verlaine worked as a teacher in various cities in England. He returned once more to France to teach and fell in love with one of his students, Lucien Letinois. When Letinois died of typhus in the 1880’s, Verlaine was devastated and spiraled into drug and alcohol abuse.

Verlaine spent the rest of his days drinking absinthe in Parisian cafes and using drugs, though by this time the public’s love of his work allowed him to draw an income. His peers even voted to bestow the title “France’s Prince of Poets” upon Verlaine in 1894. two years later, Verlaine died from drugs and alcohol on 8 January 1896. He was 51. He was buried in the Cimetière des Batignolles.

Verlaine's poetry was admired and recognized as ground-breaking and served as a source of inspiration to composers. Gabriel Fauré composed many mélodies, such as the song cycles Cinq mélodies "de Venise" and La bonne chanson, which were settings of Verlaine's poems. As mentioned above, Claude Debussy set to music Clair de lune and six of the Fêtes galantes poems, forming part of the mélodie collection known as the Recueil Vasnier; he also made another setting ofClair de lune, and the poem inspired his Suite bergamasque. Reynaldo Hahn set several of Verlaine's poems as did the Belgian-British composer Poldowski.

Verlaine’s work was characterized by lurid content and common themes including sex, urban life, and fatality. He often used repeated sounds to evoke certain moods and emotions. Verlaine’s poem “Chanson d'Automne” was used during World War II by the BBC to signal to the French resistance that Operation Overlord was to begin. The 1995 film Total Eclipse was based on Verlaine’s relationship with Rimbaud; David Thewlis and Leonardo DiCaprio played Verlaine and Rimbaud, respectively.

This video of Clair de Lune contains moonlight paintings by the Victorian painter John Atkinson Grimshaw. In this recording, Stanley Black conducts his arrangement of Clair de Lune with the London Symphony.

A spectacular post, Joe. An emotional poem by a poet who lived an unfortunate life. Clair de Lune is one of the great melodies perfectly presented here with gorgeous paintings. I'm sorry to say, I had never heard of painter J.A. Grimshaw. Sorry, because I find his paintings magnificent. Thank you. <3

As a French Canadian and having a French culture, your text on Verlaine is giving nice infos on that period of the French artistic period at the edge of the 20th century.

In fine arts it'll lead to the Impressionnist style and further in the beginning of the 20th century to abstract art with Vasily Kandinsky who was living in France.

It was a boiling society toward modernity and new ways to express art in all ways.

IF you want to have a glimps of this there was a 1995 movie with Leonardo DiCaprio which is just showing the lives of Verlaine and Rimbaud: Total Eclipse.

Here in Montreal, in the same time we had a now famous poet, Émile Nelligan who did a new kind of poetry that was inspired by those two French poets.
Most of his poems were written in his 20s and years after before his death at 61yo he finished his life in a mental health hospital.

Have you seen the video your pic was taken from? Beautiful!

lvchaz, I have not seen the video. I just came across the picture and thought it fit the poem.

Thanks, Roderick. That’s a cool print.