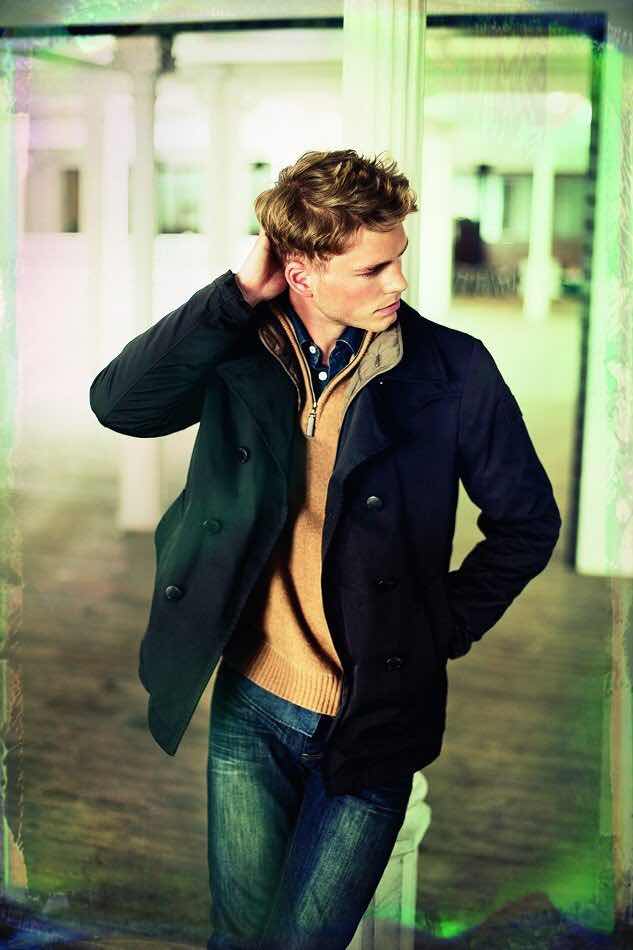 Yesterday when I got dressed, I put on a dark blue shirt, a pair of gray pants, and a navy blue sweater vest. At least I thought it was a navy vest. It was 20 degrees, and it was the first day I’d felt like wearing a sweater. The problem is, I got to work and looked at my sweater in more natural light and realized that it was actually black. So, as soon as I got in my office, I took off the sweater vest. I said something about it to my boss, and he said, “Oh, it’s ok.” I said That it was not ok in my book. He’s straight and has terrible fashion sense. He may be my boss but he rarely dresses like it.
Far too often, I can’t tell the difference between black and blue. Most of the time, I have to compare a piece of clothing that I know for certain if it is either is blue or black. I thought I’d done that yesterday, but apparently, even that didn’t work. Maybe I’ll have to start comparing everything against Isabella. I know for certain that she’s black. Oh well, at least I didn’t wear two different shoes.
Posted by Joe at 6:00 AM

Email ThisBlogThis!Share to TwitterShare to FacebookShare to Pinterest
Labels: Fashion

I know dressing is largely a matter of personal taste, but, as a New York City fashion observer,
I have to tell you that blue, particularly navy blue, and black, worn together, is considered quite
chic.

Anon, I think I was more disappointed in myself for making the mistake in the colors, and while yes, navy blue and black do often co together, this just didn't look right to me. Again, this may have been more about me realizing my mistake and also that it was not what I had actually planned to wear. I'm sure it would have been fine to wear.

I'm 100% in your court on this one, and I too sometimes struggle telling the difference. I have a walk-in closet where I often dress, but there are no windows so sometimes if I'm not paying attention I can mix up my deep navy clothing with black. I prefer not to wear black and deep navy together because I feel like they can clash when in natural lighting.

I do this sometimes. I've pulled out a dark blue shirt, matched the jacket and tie. It's only when I got out of the car at work in natural light that I discovered the shirt was forest green. The tie I'd chosen was kind of okay with the green, but the sky blue jacket didn't work. Fortunately, I didn't have any "jacket" meetings that day and could work in shirt-sleeves.

It was much worse when I did it the other way round. A fern-green tie with fawn elephants against a royal blue shirt and a mid-grey jacket. No, just no. However, a round trip of 90 minutes just to change a tie wasn't practical, so I had to live with it ...

20 degrees fahrenheit ? it is the north pole in Vermont !

What bothers me more is when you wear two, (or more!) black items that look fine at home
when you're dressing, and then, in natural light are a greenish black, a grayish black, a brownish
black, a bluish black....That REALLY looks terrible....

Don't beat yourself up.

Yes, the majority of straight guys have no sense of dress AND then I have known some straight ones that would give a gay man a run for his money.

Now we can go the garanimals route if you so desire.

Have a great weekend.