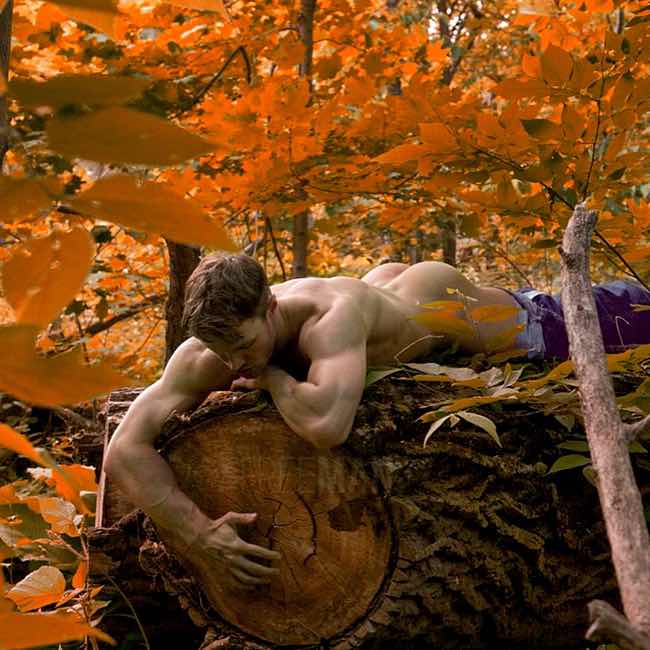 Let us be thankful—not only because

Since last our universal thanks were told

We have grown greater in the world’s applause,

But thankful for all things that come as alms

From out the open hand of Providence:—

The sleepless dread—the drowse of indolence.

Let us be thankful—thankful for the prayers

And bless us, as in greater need we prayed.

Let us be thankful for the loyal hand

That love held out in welcome to our own,

When love and only love could understand

The need of touches we had never known.

Let us be thankful for the longing eyes

That gave their secret to us as they wept,

Yet in return found, with a sweet surprise,

Love’s touch upon their lids, and, smiling, slept.

And let us, too, be thankful that the tears

Of sorrow have not all been drained away,

That through them still, for all the coming years,

We may look on the dead face of To-day.

James Whitcomb Riley was born in Greenfield, Indiana, on October 7, 1849. He left school at age sixteen and served in a variety of different jobs, including as a sign painter and with a traveling wagon show. He was the author of several books of poetry, including Home-Folks (Bowen-Merrill, 1900), The Flying Islands of the Night (Bowen-Merrill, 1892), and Pipes o’ Pan at Zekesbury (Bobbs-Merrill, 1888). He also served on the staff of two local newspapers, the Anderson Democrat and, later, the Indianapolis Journal. Riley was known as “the poet of the common people” for his frequent use of his local Indiana dialect in his work. He died in Indianapolis, Indiana, on July 22, 1916.

Here is the list of desserts that can appear in the 13 Provencal desserts ( mainly dried and fresh fruits ) : https://en.wikipedia.org/wiki/Thirteen_desserts
Generally we add chocolates, candied fruits, Frederic Mistral adds cheese and cooked wine.
The hardest part is to limit yourself to 13 desserts .
The "pompe" (brioche) represents Christ and the 12 other desserts represent the 12 apostles.

That's a very interesting tradition, uvdp. We don't have anything similar in the Southern United States when it comes to desserts. The two desserts that almost always show up at the holidays are sweet potato pie and pecan pie. I love pecan pie, but I've also always enjoyed a coconut custard pie. My mother also likes to make her special chocolate pie.

In the Southern United States, our main holiday food tradition is on New Year's Day when we usually have some type of pork (my family always had fried hog jowls, similar to a very salty bacon with a hard rind), greens (turnips or collards), and black-eyed peas. The pork is to provide wisdom throughout the new year, greens provide money, and black-eyed peas bring luck.

Happy Thanksgiving Bob!! Have a great time in whatever you do!!