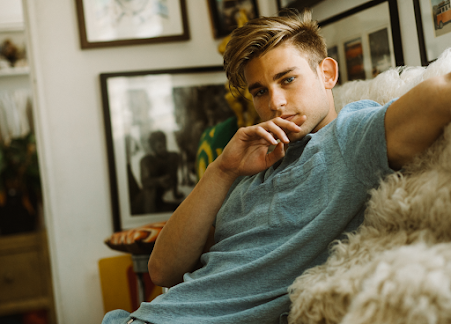 “Not everyone who says to Me, ‘Lord, Lord,’ shall enter the kingdom of heaven, but he who does the will of My Father in heaven. Many will say to Me in that day, ‘Lord, Lord, have we not prophesied in Your name, cast out demons in Your name, and done many wonders in Your name?’ And then I will declare to them, ‘I never knew you; depart from Me, you who practice lawlessness!’

On Wednesday, I wrote a post about my “Graduate School Trauma.” I wasn’t trying to make excuses for not finishing my Ph.D., but I wanted to tell my story so that others would be encouraged to stand up for themselves and not bend to the pressures often put upon us. Florence Nightingale said, "I attribute my success to this—I never gave or took any excuse." Within that post was an unwritten lesson: God has a plan for us, and we shouldn’t make excuses for our failures, especially when it was probably not in God’s plan for us in the first place. Getting my Ph.D. was not in the cards for me. I believe that my current career is part of God’s plan for me. It took a long and winding road to get here, but I enjoy my current job. Of course, some things aggravate me about my job, but doesn’t everybody have something that irritates them about their job?

We make excuses because we do not want to take on responsibilities, be embarrassed, or face the consequences. Similarly, afraid of punishment, Adam blamed Eve, and Eve blamed the serpent after disobeying God’s command. By doing so, their relationship with God changed. The formerly close relationship of walking with God changed into one of hiding and deceiving. Isaiah 59:2 says, “But your iniquities have separated you from your God; and your sins have hidden His face from you so that He will not hear.” Whether dealing with God or with people, the best and only way to live is to admit our failures and not hide behind excuses, no matter how carefully crafted they are.

On one occasion, Jesus told a story about a man who planned a large dinner and invited many guests, but they all begged off before the meal and decided not to come. Luke 14:16-24 tells the story:

He said to him, “A certain man gave a great supper and invited many, and sent his servant at supper time to say to those who were invited, ‘Come, for all things are now ready.’ But they all with one accord began to make excuses. The first said to him, ‘I have bought a piece of ground, and I must go and see it. I ask you to have me excused.’ And another said, ‘I have bought five yoke of oxen, and I am going to test them. I ask you to have me excused.’ Still another said, ‘I have married a wife, and therefore I cannot come.’ So that servant came and reported these things to his master. Then the master of the house, being angry, said to his servant, ‘Go out quickly into the streets and lanes of the city, and bring in here the poor and the maimed and the lame and the blind.’ And the servant said, ‘Master, it is done as you commanded, and still there is room.’ Then the master said to the servant, ‘Go out into the highways and hedges, and compel them to come in, that my house may be filled. For I say to you that none of those men who were invited shall taste my supper.’”

All three excuses given by the men are valid in themselves. You would expect a man to look at a piece of property before he bought it, not afterward, since it might be underwater, and there is nothing wrong with buying property. There is also nothing wrong with buying a team of oxen, or an automobile today, and a prudent individual would test drive something before he bought it. There is certainly nothing wrong with getting married. The problem was that each had a misplaced sense of priorities. An excuse is generally satisfactory to only the person who gives it. The story that Jesus told was a parable of a God who loves us and invites us to receive eternal life through the invitation of Jesus Christ. Jesus says in Matthew 11:28, “Come to Me, all you who labor and are heavy laden, and I will give you rest.” That invitation is personal, and it is for us. Don’t make excuses, but trust in the Lord.

Not related to this post - but you might want to the CBC radio Program " As It Happens " Thur mar 11 - piece on Migraine research .

Art, thank you for suggesting that I listen to the story about migraines on "As It Happens." It was very interesting, and I have taken some of the drugs that came from Goadsby's research. He has made great strides in migraine research.