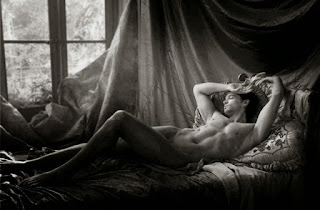 A Slow Death
By Martha Medeiros

if you do not travel,

if you do not read,

If you do not listen to the sounds of life,

If you do not appreciate yourself.

When you kill your self-esteem,

When you do not let others help you.

If you become a slave of your habits, walking everyday on the same paths…

If you do not change your routine,

If you do not wear different colours,

If you do not speak to those you don’t know.

If you avoid to feel passion, and their turbulent emotions;

Those which make your eyes glisten,

And your heart beat fast.

If you do not change your life when you are not satisfied with your job, or with your love,

If you do not risk what is safe for the uncertain,

If you do not go after a dream,

If you do not allow yourself,

At least once in your lifetime,

To run away from sensible advice.

"Muere Lentamente" and “A Morte Devagar” are the works of Brazilian writer Martha Medeiros, author of numerous books and reporter for the Porto Alegre newspaper Zero Hora. Tired of people believing that Neruda wrote the poems, she got in touch with the Neruda Foundation to establish her own authorship, giving as evidence how largely the verses coincide with her work in Portuguese "A Morte Devagar" (To Death Slowly), published in the year 2000 on All Souls Day eve.

Medeiros has no idea how "Muere Lentamente" and “A Morte Devagar” began circulating on the Internet, although she’s said it does not surprise her since many of her verses are on the Web "as if they were by other authors. Unfortunately, nothing can be done about it," she said. The 47-year-old Brazilian poet and novelist deeply admires Neruda and says she is a fan of his poems but prefers that "everybody's work be recognized." She loses no sleep over such matters, however, and said that she has "enough of a sense of humor to laugh at all this."

There is sadness in “A Slow Death,” but it is thought-provoking and really lovely.

By the way, I have an essay in a book coming out in publication today. One of the historical organizations I belong to has their triennial conference starting today, and the book launch is part of the conference. I've never had anything published in a book before, so this is very exciting to me.

Congrats on the publication.

Thanks for posting this, Joe. As much as I love the poem's great advice, the irony of the last line is what brings it all together for me. Thanks again and take care. <3

When you have no dreams in your life, you might be almost dead.

I read this often and I think that it's why even young people are living dead as they no more have dreams or hope for their future.
The different way to see it is all those mature people even old ones are full of life because they still are making dreams of positive future in their lives.

Hello from Brazil! I am always reading your blog.