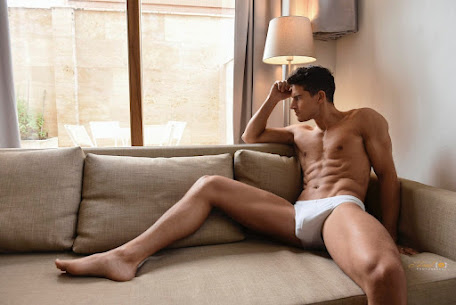 Every year on October 11, we celebrate National Coming Out Day (NCOD) to celebrate our coming out as LGBTQ+. NCOD was first celebrated in the United States in 1988. The initial idea was grounded in the feminist and gay liberation belief that our personal experiences are rooted in our political situation and gender inequality. NCOD emphasizes the most basic form of activism as coming out to family, friends, and colleagues to live life as an openly LGBTQ+ person. The foundational belief is that homophobia thrives in an atmosphere of silence and ignorance. Once people know that they have loved ones who are lesbian or gay, they are far less likely to maintain homophobic or oppressive views. In reality, this is not always the case, but the hope is still there that one day it will be. Whether you're lesbian, gay, bisexual, transgender, or queer, we should be proud of who we are and our support for LGBTQ+ equality.

Twenty years ago last spring, I came out to someone for the first time. It had taken me a long time to just come out to myself, and honestly, I had never verbalized my own coming out until I did it that night. It was not planned, and when I did it, I was scared to death. I have probably told this story before, but I think it is important to tell it again. I was in my first year of graduate school, and I saw an accepting world around me for the first time. You wouldn’t think that would be the case because I was living in Mississippi at the time, but the History Department and my new friends were different than anything I’d ever been accustomed to being around. I felt for the first time like it might be okay to tell someone my “deep dark secret.”

It was the Friday before our first spring break in grad school, and many of the grad students had gone out for drinks that night. We often got together on Friday nights, usually with a group of our professors. We had gone to a bar downtown instead of our usual bar near campus, if I remember correctly. After being there for a while, everyone decided to go to one of the professors' houses to continue socializing, i.e., drinking. I will admit, I was probably pretty drunk that night, and a lot of my courage had been liquid courage. A good friend, her boyfriend, and I were sitting on the professor’s couch, and it was really late. I’m not sure why we were alone sitting on the couch, but we were. I think the subject of one of the professors being gay came up. I am a little fuzzy on what was said up until that point, but I know we were talking about gay people and how someone we thought was gay was actually straight, or something like that. Anyway, however the conversation had gone, I remember saying, “Well, you know, I’m not.” My friend replied, “Joe, we know you’re not gay.” To which I clarified, “No, I’m not straight.”

She and her boyfriend said they were proud and felt honored that I had confided in them, and they would not tell anyone. They said it was my truth to tell when I was ready. I just remember that they hugged me and were so loving and kind. I hid my gayness for so long, and it was like a weight off my shoulders to finally say it out loud and to someone else. Soon afterward, everybody started going home, and we went home too. She was my neighbor, and I believe her boyfriend had driven us that night. With her living in the apartment building directly behind me, there was never any reason to take more than one car, so we went to a lot of things together. She and her boyfriend never once made me feel like a third wheel.

After we got home, we went our separate ways, and I left for the beach the next day for spring break. I met some of my family in Pensacola. Coming out to my friend was on my mind the whole time. We had been drinking, so I was terrified that she would not remember the conversation, and I’d have to do it all over again. It had taken an inordinate amount of courage to come out the first time, and I didn’t know if I could do it again, even if they had been completely accepting. I knew many people forget things when they have been drinking, even though I remember everything when I’ve been drinking, granted details get fuzzy after 20 years. I was a nervous wreck that she wouldn’t remember. When we got back, our schedules were hectic because the end of the semester was drawing near, so I could not get her alone to see what she remembered.

Finally, either the Friday after spring break or the following Friday, we all went out to the same downtown bar again. I was able to get her alone in the bar’s courtyard. I don’t know how I broached the subject, but I remember I finally came out and asked her, “Do you remember what I told you at [that professor’s] house?” Thankfully, she did. It was another weight off my shoulders. I remember we sat out in the courtyard for a while discussing cute guys at the bar that night. Never in my life had I had the chance to talk to someone about what guys I thought were cute. It was one of the most blissful moments of my life. For the first time in my life, I was able to be me. I didn’t have to pretend I was checking out some hot girl when I was actually checking out the guy she was with. I have always enjoyed people watching, but I had never gotten to openly watch and comment on guys with anyone else before. It had always been an inner dialogue in my brain. To this day, I still love to point out hot guys to my friends when it’s appropriate.

It was probably another eight months until I finally came out to the rest of the people in my graduate school, but that’s a story for another time. While I am still closeted to much of my family, my parents do know although we never discuss it. Happily, I can live openly and proudly as a gay man in Vermont. Isn’t that what National Coming Out day is all about? The ability to live authentically as ourselves and show others that we are human beings just like them. As Shylock says in Act 3, Scene 1 of The Merchant of Venice, “If you prick us, do we not bleed? If you tickle us, do we not laugh? If you poison us, do we not die? And if you wrong us, shall we not revenge? If we are like you in the rest, we will resemble you in that.” Shylock was talking about being a Jew versus a Christian, but does that not apply to all groups that are discriminated against?

Long time no comment. Every human being has the right to be open, honest, fulfilled, happy. Roderick

It's good to hear from you, Roderick, and I completely agree with your comment. The closet can cause so much damage. For some, coming out can be dangerous, but for other's it can can be detrimental to their mental health to remain in the closet.