Round About the Cauldron Go 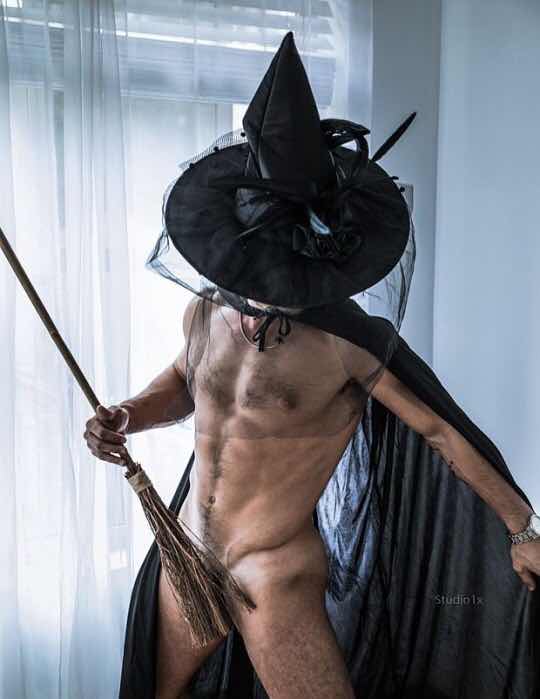 [Round about the cauldron go]

The three witches, casting a spell.

Round about the cauldron go;

In the poison’d entrails throw.

Toad, that under cold stone

Days and nights hast thirty one

Boil thou first i’ the charmed pot.

Fillet of a fenny snake,

In the cauldron boil and bake;

Eye of newt, and toe of frog,

Wool of bat, and tongue of dog,

For a charm of powerful trouble,

Scale of dragon, tooth of wolf,

Root of hemlock digg’d i’ the dark,

Gall of goat, and slips of yew

Sliver’d in the moon’s eclipse,

Nose of Turk, and Tartar’s lips,

Make the gruel thick and slab:

For the ingredients of our cauldron.

The Three Witches, also known as the Weird Sisters or Wayward Sisters, are characters in William Shakespeare's Macbeth. They have always been one of my favorite parts of the play. I used to love teaching Macbeth and reading the witches' parts aloud. The witches are one of the most striking and memorable aspects of Macbeth. However, many of the witch scenes in the play were most likely not written by Shakespeare at all. They were taken from another play, by Thomas Middleton, and added to Macbeth by Shakespeare's acting company after he had died. They draw heavily on the conventional theatrical stereotypes of Shakespeare's time, giving us witches that are sometimes scary, sometimes silly, which is how they’ve been played since then, although often directors try to make them as frightening as possible.

Shakespeare's historical source for the events of the play, Holinshed's Chronicles, says that the witches who appeared to Macbeth and Banquo looked like "creatures of elder world," and that many people thought they were "the goddesses of destiny." This is in keeping with the way the witches refer to themselves in their dialogue: they call themselves "the weïrd sisters," where "weïrd" comes from the Old English term wyrd, meaning "fate" or "destiny." And the primary power that the witches have in the play is indeed the ability to prophesy about what will happen in the future.

Shakespeare's Macbeth was written not long after King James VI of Scotland became James I of England in 1603, and James' interest in the subject of witchcraft undoubtedly influenced the play. Of all the plays that Shakespeare wrote during the reign of James I, who was patron of Shakespeare's acting company, Macbeth most clearly reflects the playwright's relationship with his sovereign. Scottish history and legend contain a real life King Duncan, who was really murdered by Macbeth (the real Macbeth apparently was a decent king— that wouldn’t have really worked for Shakespeare’s play though). Banquo, too, was apparently a real figure. King James claimed descendance through him, so in Macbeth, when the Weird Sisters tell Banquo that “thou shalt get [beget] kings, though thou be none,” Shakespeare was really trying to help legitimize James’s place on the Scottish throne— he was saying that Banquo’s descendants deserve to be king, therefore James has a rightful claim to the throne.

Macbeth contains many supernatural elements, including the witches. James I was an avid scholar of all things strange, weird, and superstitious. In 1597, the king published a book called Daemonologie; it was a study of witchcraft, necromancy, demons, werewolves, vampires, and all sorts of other spooky things. In fact, much of the witchcraft in Macbeth was actually taken directly from Daemonologie, probably as a form of flattery to the king himself. It goes further than that, though. Witchcraft seems to have been a real obsession of James, as he was heavily involved in a series of witch trials in 1590. James had become convinced of the danger of witchcraft when he sailed to Copenhagen in 1590 to marry Princess Anne, sister of the King of Denmark. During their return to Scotland, they experienced terrible storms and had to shelter in Norway for several weeks before continuing. The admiral of the escorting Danish fleet blamed the storm on witches. Several nobles of the Scottish court were implicated, and soon more than a hundred suspected witches in North Berwick in Scotland were arrested. Supposedly, James believed a coven of witches were trying to personally attack him, which was high treason, so James had them tracked down, forced them to confess to witchcraft, tortured them, and had them burned at the stake. So it’s no wonder that the witches in Macbeth are so demented and evil! Shakespeare wanted to make it clear that he was on the king’s side in the whole witch debacle.

This is why I love the witches in Macbeth. There is so much history and intrigue in the play, though exaggerated and twisted to fit the purposes of Shakespeare. So remember, when your standing around your cauldron this Halloween: