Only In Vermont 🏳️‍🌈 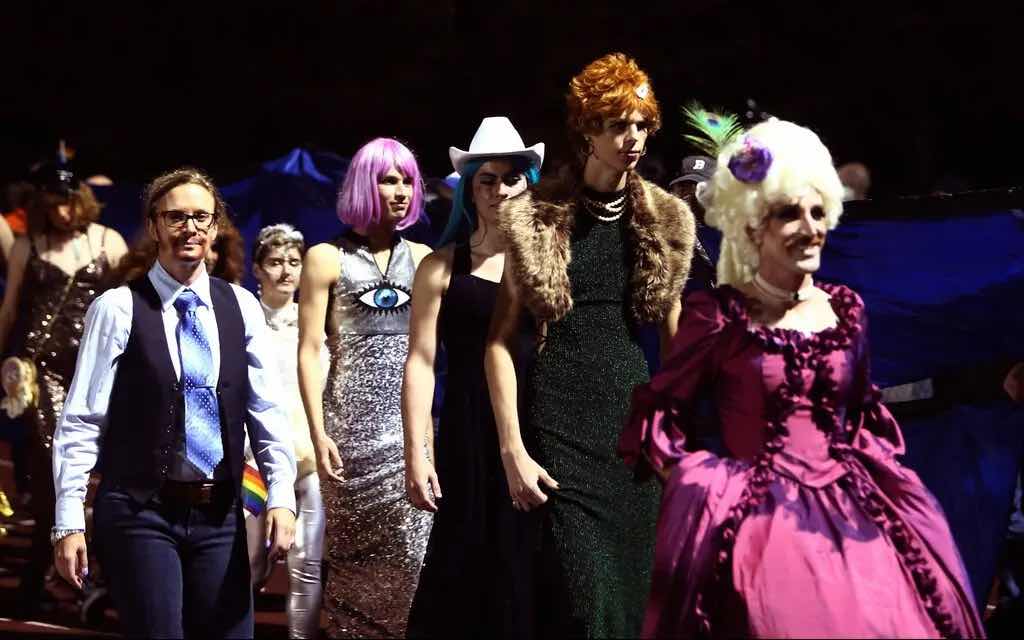 I often say, “Only in Vermont,” and when I say it, I am often rolling my eyes. While I said it this time, it was a very good and heartwarming statement. Vermont is a unique place. The state is 49th in population among the 50 states and ranks below Puerto Rico and the District of Columbia. It only beats out Wyoming among the states and the territories of Guam, U.S. Virgin Islands, Northern Mariana Islands, and American Samoa among the territories. The state has the smallest state capital, Montpelier. While it may have a small population, it’s a very vocal population who loves a good cause to get behind. The state also loves its eccentricities, which is evident by the number of “Keep Vermont Weird” bumper stickers you see on cars. While the state ranks third in the largest percentage of LGBTQ+ adults at 5.3 percent (higher than the national average of 4.5 percent), there are no gay bars in Vermont, though there are plenty of gay-friendly establishments.

So, it is not surprising that a crowd went wild at a Vermont high school homecoming football game as they cheered on a halftime show that transformed the field into a fabulous drag ball. Both faculty and students from Burlington High School strutted across the field as drag queens and kings. They wore colorful wigs, sparkly ensembles, feather boas, knee-high boots, and more. For the highly anticipated event (it was all over the news in Vermont), the spectators packed into the stands were dressed head to toe in rainbows and waved Pride flags as they excitedly chanted, “Drag Ball.”

Each of the approximately 30 performers had their moment to spin and twirl for the crowd. The group also performed a lip sync to “Rainbow Reign” by Todrick Hall. “Things went amazing,” Ezra Totten, student leader of the Gender-Sexuality Alliance, told The Associated Press. “The stands were completely packed. … It was just so heartwarming to see.” The drag ball was the brainchild of English teacher Andrew LeValley, an adviser to the Gender-Sexuality Alliance.

“I was just really hoping to give our students — who are both out and the students that were in the stands who are not out — a moment to shine and feel loved and know that there is a place for them in public schools,” LeValley said. LeValley felt it was important to hold the event at a football game to send the message that everyone should be welcome in all types of spaces. “We have to assume that there are LGBTQ folks everywhere, which include[s] really masculine spaces,” LeValley told local Vermont publication Seven Days. “Why does this space have to be one way or the other? It can be both, and there’s beauty and benefits in having it be both.”

Adalee Leddy, a student at Burlington High School who attended the game, told Seven Days the show was “absolutely amazing.” Totten added that now that they have seen the joy it brought, the group hopes the drag ball will happen annually. “It shows the Burlington community is there for each other,” Totten said.

Vermont loves their drag shows, as evident by the number of people who pack in to attend the annual Winter Is a Drag Ball. The Drag Ball is the social highlight event of the winter season. Bringing in drag queens and kings, musicians, dancers, and performance artists together raising hundreds of thousands of dollars to support local HIV/AIDS-related organizations. Though it was virtual in 2021, a lot of Vermonters are hoping it will be back in-person in 2022. Until then, I was happy to see that Burlington High School put on their own successful Drag Ball. I’m happy that I live in a state where a Homecoming football game featured a much appreciated Drag Ball, and that the highlight of the winter social season is also a Drag Ball. Let’s not forget, the Burlington area also elected one of its most popular drag queens, Nikki Champagne, aka Taylor Small, to the state legislature where she has done a remarkable job representing all of Vermont.

I read about this here in Boston too. It sounds like my kind of football game.

Did you know that Montpellier is the second gay city in France, after Paris?

I did not, uvdp. Montpelier, VT, is a pretty gay city too and a very eclectic city, which is why it's lovingly nicknamed Mont-peculiar.