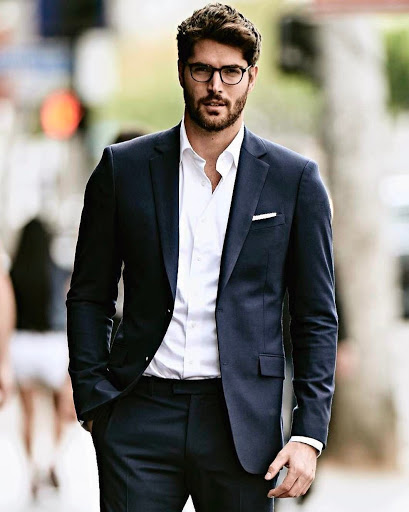 Do not judge according to appearance, but judge with righteous judgment.

The seventh chapter of John recounts Jesus' visit to Jerusalem for the feast of Tabernacles, the possibility of his arrest, and the debate as to whether he is the Messiah. The book containing this chapter is anonymous, but early Christian tradition uniformly affirmed that John composed this Gospel. To put the above verse into context, let’s first look at John 7:14–24. These verses describe a strong spiritual challenge issued by Jesus against the religious leaders of Jerusalem. Jesus makes the point that obedience is a necessary aspect of learning. The resistance of the Scribes and Pharisees is ultimately a matter of rebellion, not knowledge. In the same way, Jesus criticizes their hypocritical attitude towards His miracles. This concludes with a powerful statement about the need to use ''right judgment,'' rather than shallow appearances.

Some prefer the term “discern” as opposed to “judge” as a way to delineate between what we are supposed to do, which is to wisely and honestly evaluate without hating or doing God’s job of condemning, and the other kind that we are admonished to avoid. It takes a kind of judgment to put our faith in Christ. We see him. We judge for ourselves whether we think he is who he says he is, and we act accordingly. This is what Jesus is hoping for when he tells them, “judge with righteous judgment.”

When only Matthew 7:1 is quoted out of context, it gives the impression that Jesus simply said, "Do not judge." However, Jesus is saying that not only should we not judge others; we should also first look at ourselves and realize our own flaws. Jesus' frequent teaching was that we should not be superficial in our assessment of other people. However, it is crucial that we separate what is good from what is evil. The kind of judgment or judgmentalism mentioned in Matthew 7:1 is a way of playing God and making ourselves an idol by hating others for what we are judging in them.

Matthew 7:24 follows a direct challenge to the spiritual authority of Jerusalem's religious leaders. Jesus had been attacked for healing a man on the Sabbath, but Jesus is telling them that God wants us to work to help others at all times, and if that means healing someone on the Sabbath, then He will do so. The Jewish leaders who were self-righteous would not look past the external to see the reality of what was happening in and around Jesus. In 1 Samuel 16:7, it is stated,

Jesus criticized the Jewish leadership because they were unable to make the connection between doing God’s work of circumcision on the Sabbath and healing a whole body or whole person on the Sabbath. They loved the letter of the law but did not understand the spirit of the law. People love to focus on appearances because they can feel they are righteous without having to let God into their hearts, which is where sin dwells and those feelings would be painful and toilsome to deal with.

Despite the Bible not mentioning Jesus receiving any formal religious education, Jesus bewildered his critics with his religious knowledge and understanding. He accused them of hard-headedness. In John 5:39–40), Jesus says, “You search the Scriptures because you think that in them you have eternal life; it is these that testify about Me; and you are unwilling to come to Me so that you may have life.” He also accused them of disobedience. In John 7:17, Jesus declares, “If anyone is willing to do His will, he will know of the teaching, whether it is of God or whether I speak from Myself.” Furthermore, He even accused them of attempted violence in John 7:19, when He admonished them by asking, “Did not Moses give you the Law, and yet none of you carries out the Law? Why do you seek to kill Me?” The result which was seen in the next few verses, the people of Jerusalem began to wonder if Jesus was being allowed to preach because the authorities were powerless, or because they had come to believe Him. John 7:25–26 states:

So, some of the people of Jerusalem were saying, “Is this not the man whom they are seeking to kill? Look, He is speaking publicly, and they are saying nothing to Him. The rulers do not really know that this is the Christ, do they?”

That crisis of confidence spurred the Jewish leaders towards drastic measures to silence Christ. Jesus’ life and words were a threat to the Jewish leaders’ way of life. They seemed to love their way of life and understanding of the world more than they loved God. It was all too easy for them to find reasons to dismiss Jesus so that they could dismiss what he said.

In summary, Adam Clarke (1762 – 26 August 1832), the British Methodist theologian and biblical scholar, wrote in his biblical commentary that:

Attend to the law, not merely in the letter, but in its spirit and design. Learn that the law which commands men to rest on the Sabbath day is subordinate to the law of mercy and love, which requires them to be ever active to promote God's glory in the comfort and salvation of their fellow creatures; and endeavor to judge of the merit or demerit of an action, not from the first impression it may make upon your prejudices but from its tendency, and the motives of the person, as far as it is possible for you to acquaint yourselves with them; still believing the best, where you have no certain proof to the contrary.

Well my original comment got lost in space so here's try # 2.

Interesting post. As humans we all tend to judge in some form or fashion. Especially when it comes to a mate, date or hookup. The eyes tell us if we find the person attractive and then one makes a decision to approach or not to approach. You can't always judge a book by it's cover. It may appear plain but the contents could be rather exciting. The same comes to people and until you can "feel someone out" (not the same as feeling someone up) you don't really have a true sense of what that person is all about.