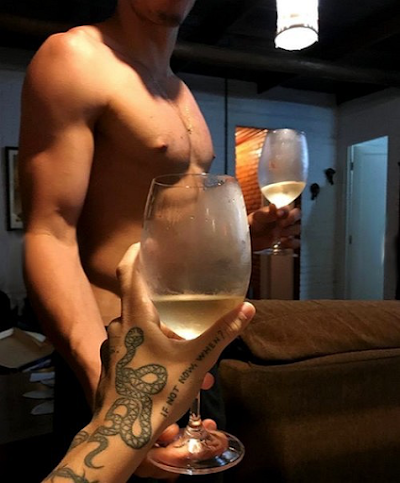 When wit, and wine, and friends have met

And laughter crowns the festive hour

In vain I struggle to forget

Still does my heart confess thy power

And fondly turn to thee!

But Octavia, do not strive to rob

My heart, of all that soothes its pain

The mournful hope that every throb

Will make it break for thee!

Octavia Walton Le Vert was born at her maternal grandmother’s home, Belle Vue, near Augusta, Georgia. She spent her early years in Georgia and was educated by her mother and paternal grandmother. In 1821, her family moved to Pensacola, Florida, where Le Vert learned French, Spanish, and the local Seminole dialect. During her father's long tenure in Florida, her mother frequently took the children on tours along the Eastern Seaboard. Historians and literary scholars believe that it was during one of these trips in the late 1820s that Octavia Walton Le Vert encountered Edgar Allan Poe, with whom she continued correspondence until his death. After her death the poem above, the text of which was authenticated as being written in Poe's hand, was found in one of her personal albums. The date "May 1, 1827" was written in her hand on the poem. While traveling with her mother and brother in 1832, Le Vert shared an Alabama stagecoach with writer Washington Irving, who encouraged her to begin keeping a journal. The following year, she made her social debut in Washington, D.C. She also attended Congressional debates and became friends with Senator Henry Clay.

In 1835, Le Vert’s family moved from Pensacola to Mobile, Alabama, and she met and married a local doctor, Henry Strachey LeVert. Dr. LeVert spelled his last name as one word, but Octavia soon changed that and began having people call her Madame Le Vert. While in Mobile, she became known as the "Countess of Mobile," because of her reputation as one of the nation's leading socialites during the 1850s. The couple entertained widely, including in their circle theatrical and literary figures. As the quintessential Southern hostess who reigned over Mobile society before the Civil War, Le Vert held lavish parties in her mansion downtown on Government Street and entertaining notables from America and Europe. 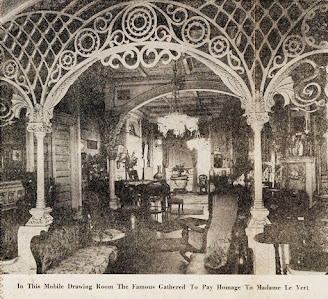 Madame Le Vert's pen pals included Henry Clay, Washington Irving, Edgar Allan Poe and General P.G.T. Beauregard. She was so close to Clay, who visited her in Mobile in 1844, that she wrote a eulogy for his funeral, for which Irving commended her. Le Vert made two trips to Europe in the mid-1850s. Some of her letters about her experiences were published in newspapers, and Le Vert was persuaded by friends to create a book from her letters and journal entries. Souvenirs of Travel was published in 1857. Millard Fillmore, the 13th U.S. president, was her escort at some of her appearances at parties in Europe. During her travels, she was presented to Queen Victoria and Prince Albert in London. She joined the guests at the court of Napoleon III in Paris and attended the New York ball in honor of the Prince of Wales, later King Edward VII. She was also a guest of Robert and Elizabeth Barrett Browning in Florence.

During the Civil War, the citizens of Mobile became suspicious of Mobile’s leading socialite believing she sympathized with the Yankees. At the very least, she was known to be opposed to secession and slavery. Le Vert was far more cosmopolitan and educated than many of her peers in Mobile, which I am sure caused some jealousy. As the city received news of Appomattox, Le Vert committed a major faux pas when she ran to the nearby home of Admiral Raphael Semmes to cheer about General Robert E. Lee's surrender. Legend has it that Semmes' daughter angrily asked her to leave the premises. Her attempts to befriend the occupying troops only made things worse; her neighbors were horrified when she entertained Yankee officers in her home. For this, Le Vert was ostracized by Mobile society, and she soon left to visit friends in the North.

Along with many other wealthy Southerners, she became destitute after the war – her husband had died in 1864. In 1869, she moved to Augusta, Georgia to live with relatives in her birthplace, Belle Vue. Le Vert spent several years in the mid-1870s traveling as a public lecturer, but she returned to Belle Vue in 1876 and she died there of pneumonia the following year.

I first came across the story of Octavia Walton Le Vert when I was conducting dissertation research at the Alabama Department of Archives and History. I was searching for Alabamians who had traveled to Italy and left behind firsthand accounts. During this research I came across Le Vert’s diary from 1846-1860. The diary contained descriptions of Le Vert’s travels in Italy and other places in Europe. Her European experiences made a lasting impression on her. The poverty and misery experienced by European working women led her to work for the welfare of women working in sweat shops, cotton fields, and theatre troupes, as wells as those pioneering new fields for women. Le Vert is largely forgotten today, and her home in Mobile was demolished. She was a very interesting woman who spoke many languages and travelled widely. Too bad more people don’t know about her.

A fascinating post, Joe. Thank you. When I saw the photo of her mansion, I was hoping it still existed. Beautiful architecture.

Susan, I was sad when I found out it had been town down and no longer existed. The building that housed her husband's medical practice still survives in Mobile. It is now the headquarters of the Mobile Bar Association.

Fascinating! Thanks for sharing!!!