Why Are People So Driven by Hate? 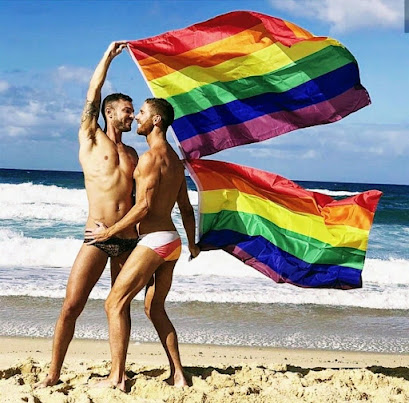 The post title is a rhetorical question, because I don’t have an answer for it, nor do I understand people so filled with hate. In Texas near the border with Mexico, Roma High School has put teacher Taylor Lifka on leave after a Republican politician posted a screenshot of her virtual classroom, including a rainbow and a "Black Lives Matter" sign. The school said Ms. Lifka was put on leave for displaying so-called political and divisive speech in her virtual classroom.

Marian Knowlton, a Republican running for the Texas House in District 3, wrote on Facebook last Friday. ““This is from a public school in one of the counties in House District 31! Our education system has been radicalizing our children for years, and it continues to do so, from elementary through higher education. This is not an isolated occurrence, it is a national pattern. A concerted effort to teach children what to think, not how to think. Leftist indoctrination. Parents, I urge you to take a look at your child’s classroom, virtual or onsite.” Knowlton said that one of the posters has “a photo of radical protesters (one of whom looks like an ANTIFA member).” Knowlton continued, “In addition, this teacher asks which pronoun they prefer!”

In the screenshot she posted, a poster says, "Diverse, Inclusive, Accepting, Welcoming Safe Space for Everyone" in rainbow colors. One sign simply says, "Black Lives Matter," which Knowlton said is a message supporting a "radical Marxist movement." Another says in Spanish, "Friend, your struggle is my struggle."

The screenshot also includes instructions from the teacher telling students to put their names and pronouns in the group chat.

By Tuesday, the district said that the teacher in question was put on leave. “After reviewing the complaints, the District is working closely with the teacher to find a resolution that will ensure all parties involved reach an outcome that best benefits the expectations of our parents and needs of our students,” the statement said. Even though the school forced the teacher to be on leave, the Roma Independent School District claims that “The teacher is not being reprimanded in any way for her work or decisions.”

The South Texas Equality Project (STEP) has started a Change.org petition to get Lifka taken off leave, which currently has 17,500 signatures. “Please sign this petition to let the school district know that inclusivity and acceptance are not taboo ideas that deserve censorship; that high school students can and should be allowed to discuss the realities of the world instead of being sheltered inside a sanitized bubble; and that by reprimanding the teacher for trying to create a safe space for her students, the school is not being neutral, but is actively taking a stance that is antithetical to justice,” the petition says.

“In our current times, we are still in that struggle for that need for equality,” a representative of STEP told the Fort Worth Star-Telegram, adding that Lifka did not ask them to create the petition. Knowlton’s Facebook page was made private after this story got media attention.

Lifka was a member of Teach For America's 2017 corps but is no longer with the organization. On her classroom’s homepage on the Roma High School website, Lifka wrote that she had fallen in love with Roma after her two years teaching there for TFA, prompting her to stay. “The beauty of Roma exists in the vibrant border culture and the tight-knit community that supports and honors one another through both the celebrations and the challenges of life,” she wrote.

Joseph Cloward, a former teacher at the district, said he worked with Lifka for a year and described her as committed and competent. Cloward says news of Lifka being put on paid leave prompted him to send a letter to Roma ISD Monday expressing concern. “I think what I was asking for is for the district to be really, really clear about whether or not it intends to be a safe and inclusive space for all students, particularly for Black students, for female students, for LGBT students,” he said. “I think all that’s come across right now is that teachers that are supportive of those students will be punished if they are outspoken in their support of those students, and I think that’s the wrong message for the district to be sending.” Cloward continued, “I don’t think that the messages in the pictures on social media are ones that have to be explicitly political in a partisan sense, they seem to be pretty typical ways to let students know that they are in a space where they will be welcomed and should feel safe regardless of their race or gender or sexual orientation.”

Knowlton said the content did represent a political position, noting that she had been accused of racism and homophobia for posting the screenshot. “If this is about inclusivity, why don’t we see anything about Judeao-Christian values on it, why don’t we see anything about the Bible on it, why don’t we see the other side?” she said Tuesday. “We only see one point of view on here, and I didn’t mention that at all, but that’s where the thread started to go.” Knowlton said she got the screenshot from a concerned educator and shared it to raise awareness on what’s happening in Texas classrooms. “I think that parents need to know what their children are looking at, what they’re hearing in the classroom,” she said. Knowlton said she didn’t realize what the consequences of her post would be, and it seems that she has no problems with Lifka’s removal.

AN UPDATE: Taylor Lifka has been reinstated to her job.

A statement from the district said Lifka was put on paid administrative leave on Sunday after the district received concerns from community members and parents.

“It is the practice of Roma ISD to diligently review all parent concerns. In this case, the timing in which information was received by the District (over the weekend) made it necessary for the District to place Ms. Lifka on leave until we could fully and responsibly review this matter,” the statement read. “This action was not intended to reflect any form of punishment or admonishment towards Ms. Lifka but was purely driven by a need to review the circumstances and come to a sound resolution for all persons involved. Out of concern for Ms. Lifka, Roma ISD wishes to state again that she has not been reprimanded in any way concerning this matter. The District appreciates the importance of advancing sensitivity regarding equality and inclusivity.”

The statement repeatedly and emphatically pledged Roma ISD’s commitment to anti-discrimination and inclusivity, saying Lifka was taken off leave Tuesday and informed she would be allowed the choice to keep the graphic background for her virtual classroom as proposed so long as it “does not come to overly disrupt or detract from the educational process or the learning environment.”

“Roma ISD regrets that this matter has become a point of controversy. It was never the intention of the District to indicate anything less than full support for the concepts of equality and student safety,” Roma ISD Superintendent Carlos Guzman wrote in the statement. “As educators and community members, Roma ISD has an obligation to carefully listen to parent concerns and respond to them, taking into consideration the rights of employees and students. As a school district, we must create a safe environment for our teachers and students that fosters and respects everyone’s beliefs in a manner that does not discriminate or disrupt the learning environment. I want to affirm that our District is filled with caring and committed educators that give 100 percent of themselves every day to the education and development of our students.”

OMG!
All this crap just could happen in USA where ultra conservative Evangilical extemists are trying to impose their retrograd vision of «REAL AMERICA» as we saw for 3 days of the RNC.
They hate social ideas but love savage capitalism that take money from hard workers to pay for health care insurances. etc..

God Bless America but you can let your wife f...cked by the pool boy.
An America where you can be on the ticket no matter if you stole people, is a rapist, sexist and racist.
An America where a pedophile can run for Senate.

All this about so hypocrite Evangelical well thinking people.

One more hypocrite behavior: in last night Pence speech among all the fake facts he said, he talked about law and order against the looting and protesters but NEVER talked about that white 17yo teen who killed 2 men and injured one for beeing a Trump fan and pro gun fan.
NO, he was not even mentioned.

So law and order for peaceful and outraged black people for the savage murder of a 29yo black man.

USA is a sick country and Trump isn't the best medecine to heal it.