There Is No Bottom for Trump 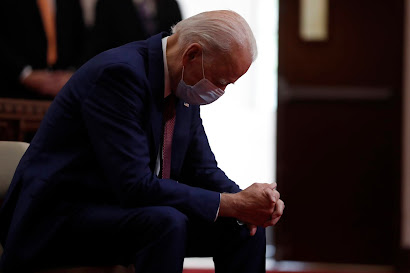 Truly there is no depths to how low Trump will go. Every time we think he can’t stoop lower; he proves us wrong. The saddest and most disturbing part of all of it is that his followers don’t seem to mind. In just the last few days, he has seemingly gone over the deep end. After months of screaming without any proof that mail-in voting would lead to voter fraud and that it will take months or years to get the results of the election if ballots are mailed in, the Postmaster General he appointed is purposely trying to slow down the mail and to top off the whole idiocy of his voter fraud claims, Trump stated in his usual incoherent speech that:

Trump not only votes in Florida now, but does so by absentee ballot. It’s hard to believe that even Trump could utter the phrase, “Florida’s a very well-run state.” DeSantis’s handling of the pandemic might just be worse than Trump’s. And let us not forget the fiasco of the 2000 presidential election, which Florida has done little to reform their failings from then. Then, the very same day he praised the incompetent State of Florida, he followed through on his threats to sue Nevada over its plan to conduct the November election almost entirely by mail-in ballot.

In this episode of “Axios on HBO,” President Trump discussed in a disastrous interview for his campaign his handling of the coronavirus pandemic, the upcoming election and much more with National Political Correspondent Jonathan Swan. The interview was filmed on Tuesday, July 28 and aired Monday, August 3 on HBO. While the interview highlighted Trump’s incompetence in handling or even understanding the coronavirus pandemic, the full list of his false claims during the interview are staggering. Swan grilled Trump on his laughably inaccurate claim that the virus is "under control," which he has been making for more than six months. In the interview, Trump said, “Right now, I think it's under control. I'll tell you what --"

Trump’s answer was that "They are dying. That's true. And you have -- it is what it is. But that doesn't mean we aren't doing everything we can. It's under control as much as you can control it." And there you have it, Trump’s total lack of empathy for the American people and his inability to be any kind of effective leader. All he can say is, “It is what it is.” It was one of many eyebrow-raising statements made by the president in the sit-down chat. The Biden campaign released a 27-second advertisement showing Trump making the statement, then cuts to a montage of images of medical professionals in protective equipment and people mourning those killed by COVID-19. The Biden campaign and The Lincoln Project have produced some pretty efficient ads, and they don’t have to rely on lies and misinformation.

These instances just continue to show his incompetence, stupidity, and lack of ability to tell the truth or have any morals. But now Trump is really trying to reach bottom in a new campaign advertisement. Trump, the darling of evangelicals despite his decidedly ungodly behavior, has put out a new campaign ad that mocks former Vice President Joe Biden for praying. Biden is shown with his head down wearing a mask and clasping his hands. “Deep in the heart of Delaware Joe Biden sits in his basement, alone, hiding, diminished,” the ad begins. Five seconds into the ad, a photo of Biden sitting on the floor by himself is shown with the line, but the Iowa newspaper The Gazette has come forward to say that the photo was taken by their reporter and had been dramatically manipulated. In the original photo, Biden is surrounded by reporters and supporters in the home of Coralville, Iowa Mayor John Lundell. Approximately three dozen people were in the room, according to the newspaper. Biden had sat on the floor after giving up his seat so someone else could sit there.

The ad ends by saying that Biden “Has no answers” and “He never will.” The end of the ad shows the last statement superimposed over a picture of Biden praying inside the historic Black Bethel AME church in Delaware. The image is meant to make Biden look like a defeated old man, when he is simply a man who is praying. Biden’s Director of Rapid Response said in an emailed statement, “Donald Trump is the only president in our history to tear gas peaceful Americans and kick a priest out of their church so he could profane it for a photo op….Which makes it unsurprising – but no less sickening – that the Trump campaign just denigrated Joe Biden for praying.”

While prominent religious leaders and activists, including anti-LGBTQ hate group, have made excuses for Trump several times over, will they stomach Trump mocking a devout Catholic man for praying in a church? If any of you are familiar with most Protestant denominations, especially those in the South and whose members are the core of Trump’s devotees, you know that these bigots don’t consider Catholics Christians. I can’t count the number of times I have heard Protestants make the claim that Catholics are not Christian. Many of my students—middle school, high school, and college—were surprised to know that the Catholic Church was the main form of western Christianity until the Protestant Reformation in the sixteenth century. So, don’t expect there to be much outrage in the South over Trump ridiculing Biden for praying. They don’t believe his is a Christian, so how can he pray? What they fail to realize or even want to know is that Biden is a regular churchgoer, while Trump has rarely ever stepped into a church. 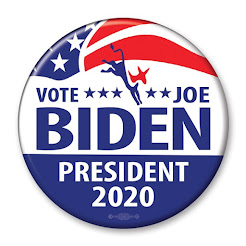 Your text is right on the spot to point out that Catholic Church came first in Rome after Christ times. I'm a Catholic man, no practicing but believing in Jesus' Gospel's teachings.

Now, more than ever, it could be time for USA to get rid of those religious ideas over the politic system.
As you know, I live in Canada and no more religious influence is part of our politic decision.
Even if we don't have those «In God We Trust» mottos, we take care of our population and more now with this pandemic.

What are those so «religious» DJT and GOP doing to help USA's people to get thru these bad situations. They're denying science and doing less to stop the COVID 19 propagation.

There only God is «money» and economic wealth of their big financial friends.

On another «religious» subject, it's such a non sense that for them the sacred Second Amendment and NRA have still a popular value in USA where they fight for «pro life» ideology.
So many mass murders with leathal weapons and such hate all over USA.

DJT isn't doing anything to stop all this hate because all what come out of his mouth is also hate messages.

OMG! USA has to come out of this in November IF only DJT will recognize the outcome of this historical election.

They're just your standard doomsday cult.

The problem, of course, is that Democrats spent the last 30 years trying to appease. It didn't work in the 30s, why would it work today?

Seriously convinced everyone born before 1971 has no temporal lobe due to lead poisoning.