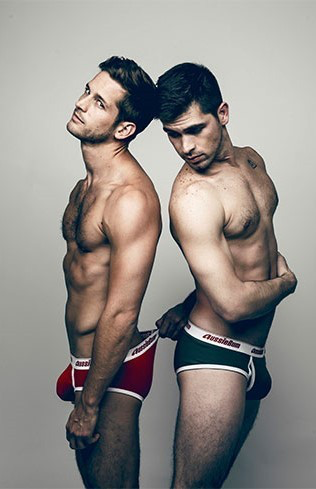 Back when I was in school, it was very popular for teachers to make students memorize poetry. I had to memorize “Because I could not stop for death” by Emily Dickinson, Mark Antony’s Speech “Friends, Romans, countrymen, lend me your ears” from Shakespeare’s Julius Caesar, and numerous other poems and speeches I can no longer remember. The two mentioned, I can still at least recite the first few lines. When I was teaching, the other English teacher at my school required her English Lit class to memorize and recite the first stanza of the “General Prologue” of The Canterbury Tales by Geoffrey Chaucer in Middle English with the correct pronunciation. This assignment is one of the toughest memorization assignments I know, and I too learned part of it when I was producing a play called The Canterbury Tales or Geoffrey Chaucer’s Flying Circus by Burton Bumgarner, which was a cross between The Canterbury Tales and Monty Python and the Holy Grail.

The only poem that I ever actually memorized and retained was one that I learned in second grade called “The Backwards Poem.” I cannot find an author from it, and I remember that it was supposedly Anonymous. This is the version I memorized and can still remember today:

One bright day, in the middle of the night,

Two dead boys got up to fight.

Back to back, they faced each other,

Drew their swords and shot each other.

A deaf policeman heard the noise,

And came and shot the two dead boys.

If you don’t believe this lie is true,

Ask the blind man; he saw it, too.

In spite of clearly remembering the poem for decades, I one day decided to look up the poem and learn more about it. I was working on a skit for my drama club and thought this poem would be a funny one to act out.  So, I decided to look it up on the Internet to see if I remembered the poem correctly and to find out who the author was.

It turns out that it’s an anonymous “folk” poem, one that has innumerable versions and has probably been around for at least a century and many different versions exist. It is also a much longer poem than I originally learned. One key point about folk poetry is that it invariably rhymes, so variations that have the odd non-rhyming line are personalized versions of it.

The poem is essentially a sandwich-style story, but with only one slice of bread.  If a narrator is brought in at the end, there should be one at the beginning, too.  The main story starts well.  It provides a brief description of the setting for context and then plunges into the action.  Except that there is no follow through.  A story consists of series of events, not just one.  So, what happens next?  Surely there would be consequences to something that results in two dead people.  But most damning of all, where did the blind man come from?  You can’t just throw in a brand-new character right at the end to help you wrap up a story. Further research allowed me to piece together the complete poem. I also learned the poem is most often known as “Two Dead Boys” or “One Fine Day.”

Ladies and gentlemen skinny and scout

I'll tell you a tale I know nothing about

The admission is free so pay at the door

Now pull out a chair and sit on the floor

On one bright day in the middle of the night

Two dead boys got up to fight

Back to back they faced each other

Drew their swords and shot each other

The deaf policeman heard the noise

And came and shot the two dead boys

He lived on the corner in the middle of the block

In a two-story house on a vacant lot

A man with no legs came walking by

And kicked the lawman in his thigh

He crashed through a wall without making a sound

Into a dry creek bed and suddenly drowned

A long black hearse came to cart him away

But he ran for his life and is still gone today

I watched from the corner of the table

The only eyewitness to facts of my fable

If you don’t believe this lie is true,

Ask the blind man; he saw it, too.

With the exception of the addition of the first stanza, I like the version I memorized better. The rest of the poem seems to muddle things even further and, in my opinion, breaks up the flow of the poem.

Dear Joe, very interesting and intelligent post on a number of topics. I have never heard of the "backwards" poem, very enjoyable. I always wonder whether forcing teenagers to memorize verse destroys all and any liking for poetry. I still remember poems that I learnt then but have memorized others over the years which I can and do recite at the drop of a hat. "Whan that April with his showeres swoote" - but the spelling may be wrong. Love ya! Roderick

So my comment triggered, coming from the depths, the following from (I think) "the Noone's Priest's Tale"
A poore widwe somedale scape in age
Was whilom dwelling in a narrow cotage
Beside a grove stonding in a dale
This widwe of whom I tell you my tale
Since thilke day when she was last a wife
Had liven a full simple life
For littel was her chattel [?] and her rent

I told you that I recite poetry at the drop of a hat, Roderick

Roderick, when I taught English, I never required my students to memorize poetry, but then again I taught what I called football English. We had English and Honors English at the school where I taught. It was mostly football players who took my "regular" English class. (I used to tell them I wanted to make sure they were not the ones interviewed when the tornado hit their trailer park. [I know, it was a terrible thing to say.]) I did, however, make them learn to identify the various types of sonnets: Italian/Petrarchan, Shakespearean, Spenserian, and the Indefinables.

As for the four other memorizations I can remember, I can only quote the first few lines:

From the Canterbury Tales (in Middle English):

Whan that Aprille with his shoures soote,
The droghte of March hath perced to the roote,

Friends, Romans, countrymen, lend me your ears;
I come to bury Caesar, not to praise him.

And the Song of the Witches from the same play:

Then there is Emily Dickinson of which I remember more than just two lines:

Because I could not stop for Death –
He kindly stopped for me –
The Carriage held but just Ourselves –
And Immortality.

We slowly drove – He knew no haste
And I had put away
My labor and my leisure too,
For His Civility –

I was never good at memorization, but I was a perfectionist in school, so I'd work really hard to remember the lines and then promptly forget them after I recited the memorization. One thing I wished I'd known was that all Emily Dickinson poems can be sang to the tune of: "The Yellow Rose of Texas," "The Battle Hymn of the Republic," or the Theme song for "Gilligan's Island." They are all on a 4/4 beat which is how Dickinson wrote her poems. Now though, I can always sing the first part of "Because I Could Not Stop for Death." I never have to remember the whole thing because people recoil in horror when I sing, LOL.